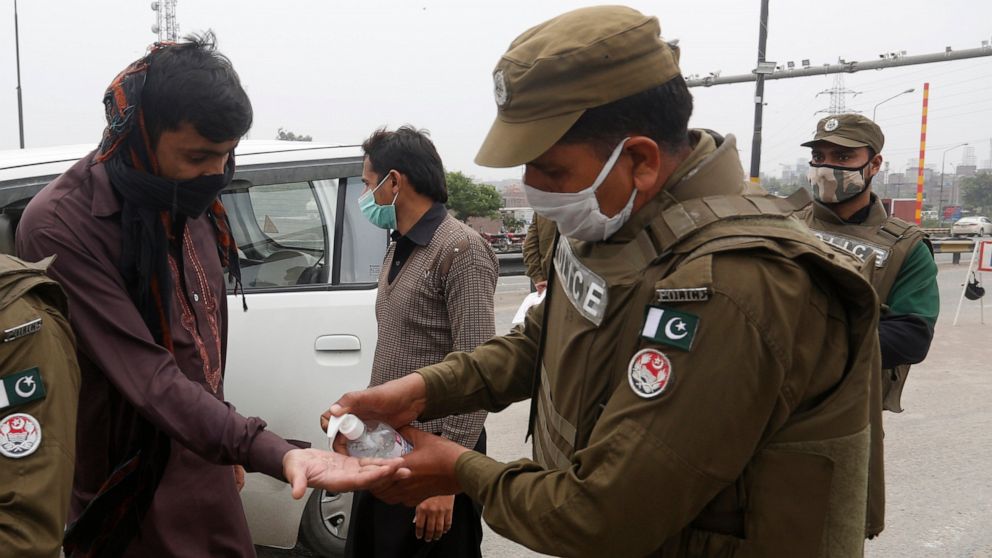 The coronavirus pandemic has hit almost every country with the global tally of confirmed cases crossing 5.2 million with 334,996 reported deaths.

Pakistan has thus far reported 50,694 cases with 1,071 deaths. The numbers are low compared with the rest of the world as the country is currently placed at 19th in terms of the number of reported cases. Topping the list is the United States of America with 1,621,333 cases followed by Russia and Brazil with 326,448 and the UK with the most in Europe with above 250,000.

However, despite having far fewer cases than other countries, the rapidly increasing numbers in our nation are still, no doubt, a cause for major concern. In these trying times, reliable information from authorities is becoming increasingly important, and yet it is becoming harder to find with each new report, leading us to believe that the authorities are using unreliable stats.

The Ministry of NHSR & C, for example, appears to be heavily understating the number of COVID-19 cases in Islamabad. Their report states only one case in the Shehzad Town area on 9th May, while a different report from an unconfirmed source reports over 26 confirmed cases in the same region. 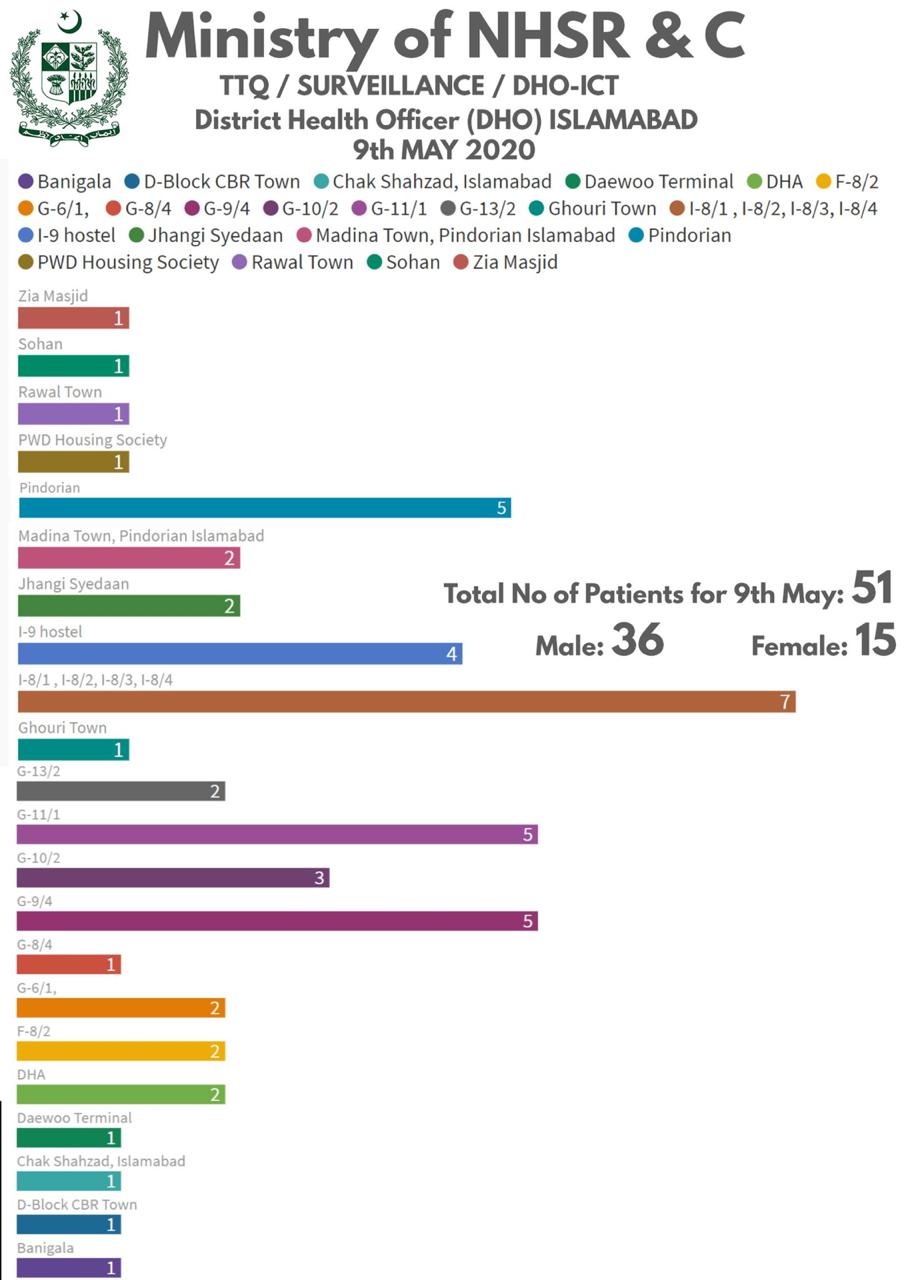 According to the Ministry, there are only 7 cases in all of I-8, whereas the comparative report indicates over 56 people with another 43 suspected in that area. The same can be said for every other region in the Ministry’s report. 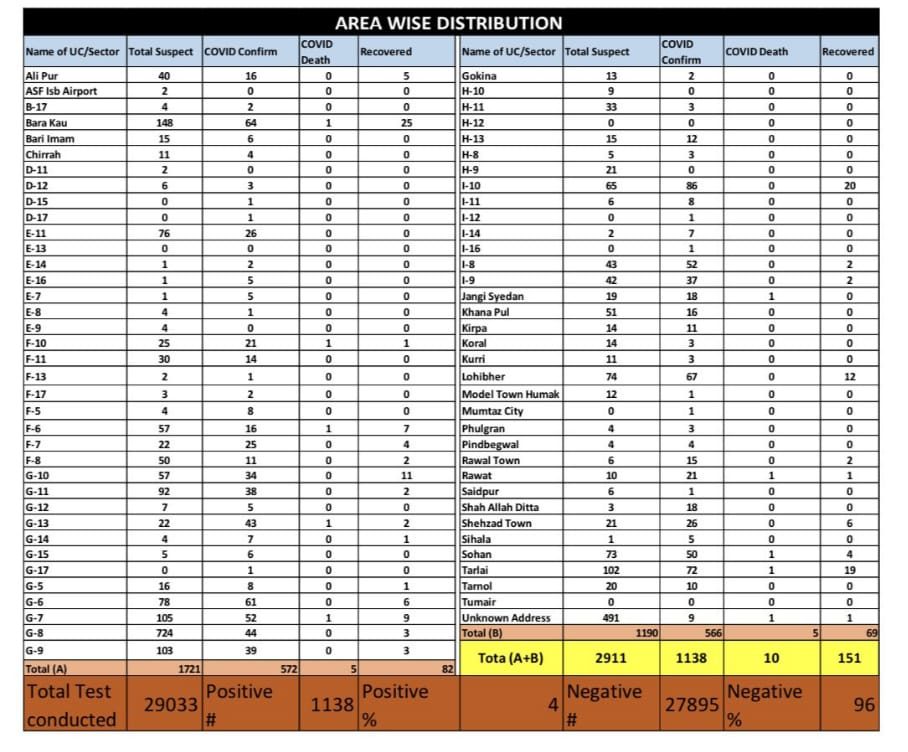 With such drastically different statistics, there is fair reason to believe that some, if not all authorities are, in fact, reporting unconfirmed numbers and the statistics are unreliable. There appears to be no coordination of data between departments which only deems the reports untrustworthy.

Not to mention the “unknown locations” in some of the reports, which seems ridiculous considering that a census was conducted only 2-3 years ago which should contain information about the location for every Pakistani citizen in the database.

In such a scenario, the government should set up a single department that coordinates with various hospitals and paramedics to report actual numbers instead of multiple departments or ministries reporting different numbers which only leads to confusion.

Getting a handle on the actual number of coronavirus cases in the country is vital and misreporting/underreporting the cases will only cause problems down the line.