The update does not come as a surprise as the Facebook-owned WhatsApp already features fingerprint unlocking. WhatsApp allows you to lock the app as soon as you close it. Similar options are expected to be added to the Facebook Messenger app as well.

The feature is currently being internally tested by Facebook and the social network giant says that it should roll out to the masses soon. 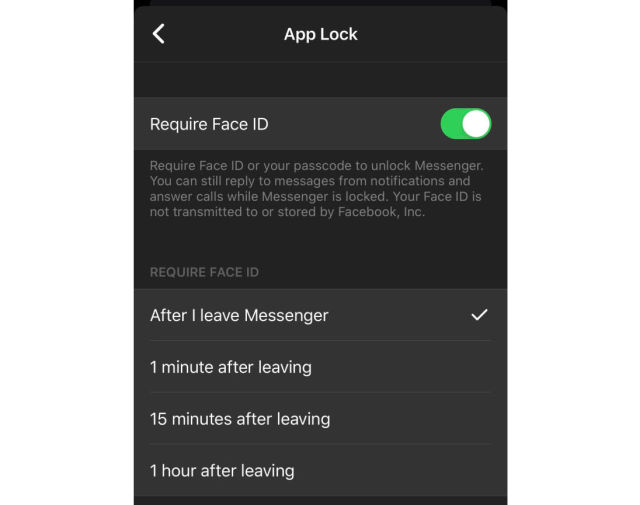 The feature will likely not secure individual chats but it does add an extra layer of security to your private conversations. Facebook says that user Face ID will not be transmitted to, or stored, by the company.

We want to give people more choices and controls to protect their private messages, and recently, we began testing a feature that lets you unlock the Messenger app using your device’s settings. It’s an added layer of privacy to prevent someone else from accessing your messages.

As of now, there are no idea when Facebook is planning to roll out the feature but we will update this space as soon as there is an official word.