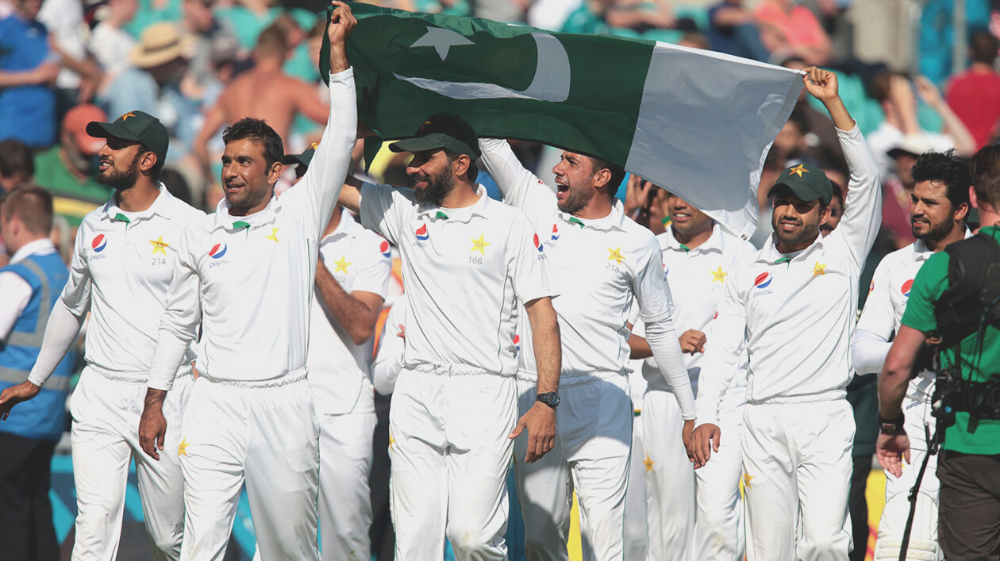 Pakistan is all set to tour England for a three-match Test and a three T20I series in August-September. The tour is anticipated to be a thrilling one, especially since cricket is coming back after a long break due to COVID-19.

Pakistan’s tours of England have always proved to be enticing. Be it Younis Khan’s push-ups at Lord’s in 2016, the spot-fixing scandal in 2010, or the ball-tampering scandal in 2006, there are always controversies and iconic moments.

The Men in Green generally have a very good record in England as compared to other touring teams considering the World T20 win in 2009 and the Champions Trophy win in 2017 both have come in England. The first time Pakistan clinched the ICC Test Mace was also during a Pakistan-England series in 2016.

Pakistan has toured England 16 times throughout history (not counting international tournaments) with the first tour taking place way back in 1954.

Let’s have a look at the history of Pakistan’s tour of England:

The team played four Test matches against England, winning one, losing one and drawing two. These were the first Test matches played between the two sides as Pakistan became the first team to win a Test on its inaugural tour of England.

For Pakistan’s tour of England in 1962, a relatively unknown Javed Burki was appointed the captain. He had played for Oxford and toured India with Pakistan in 1960-61.

It turned out to be a catastrophic tour and Pakistan was beaten 4-0 in a five-match Test series. After the 1962 fiasco in England, the Pakistan team was not allowed by Lord’s to undertake a full five-match tour of England for about a quarter of a century. It was termed as ‘the lowest and most depressing point in the history of Pakistan cricket.’

Hanif Mohammad led his country on its third tour of England as Pakistan lost the three-match Test series 2-0. A few positives from the series were Hanif Mohammad’s 187 in the first Test at Lord’s and Asif Iqbal’s 146 at The Oval. Asif Iqbal, who was mainly a bowler who could bat a bit put on a batting masterclass, it was a pedigreed innings that established him as a front-rank batsman.

1971 tour of England was in doubt until the last moment because of the political situation in Pakistan, however, it was an undoubted success from the playing point of view despite the fact that Test series was lost by a bare defeat with two matches drawn.

The tour saw the launching of a new batting star who would dominate the Pakistan cricket scene for many years, Zaheer Abbas. In the first Test match at Edgbaston, he scored 274, an innings that had experts in rapture. Pakistan team was on the brink of a famous victory, but rain and bad light interfered heavily as the match was abandoned with England five wickets down and trailing by 26. Pakistan lost the three-match series 1-0.

The Pakistan cricket team toured England for the fifth time in the 1974 season to play 3 Tests and 2 ODIs. The first Test of the series was England’s 500th Test match and the series finished 0-0 with all three matches drawn. Zaheer Abbas again showed his class with a marvelous 240 in the third test match at The Oval.

After a stalemate in the test series, Pakistan faced England in the ODI series. Pakistan won the series 2-0. Zaheer Abbas and Imran Khan made their ODI debuts in this series.

After their first-ever tour of England in 1954, Pakistan had failed to win any of their test matches in England. This tour proved to be yet another disaster. Pakistan lost the three-match series 2-0 and the hosts also clean-swept the out of sorts Pakistan team 2-0 in the ODIs.

The tour started with the two-match ODI series. Pakistan had a new-look side with Imran Khan as the captain. Unfortunately, not much changed in the limited-overs format as Pakistan lost both the matches.

Pakistan suffered defeat yet again in the Test series, however, Pakistan finally registered their first test win in England after 28 years at iconic Lord’s Cricket Ground. Mohsin Khan played an astonishing knock of 200 and Mudassar Nazar took 6 wickets in the 2nd innings.

Pakistan did however lose the 3rd match and lost the series 2-1.

Pakistan were flourishing under the captaincy of the then best all-rounder in the world, Imran Khan. The tour started off with a three-match ODI series, which Pakistan narrowly lost 2-1. The five-match Test series was next and it was time for Pakistan to prove their mettle.

The first two tests were drawn. In the third test match, Pakistan bowled out England for 134 in the first innings. The Pakistani fast bowlers, Imran, Wasim, and Mohsin Kamal ripped apart the England batting line-up as they got three wickets each. Pakistan went on to make 353 with help of Saleem Malik’s 99. It was a commanding lead and Imran was in his element as he ripped through England taking 7 wickets for 40.

Pakistan won by an innings and 18 runs. England had been outplayed as Pakistan went on to win their first series in England by 1-0 as four matches of the series resulted in a draw.

The Pakistani cricket team then toured England in 1992, the first tour since the acrimonious visit by England to Pakistan in 1987/88, which was highlighted by the Mike Gatting/Shakoor Rana dispute.

The Test series was won 2–1 by Pakistan as the away side fielded a consistently strong team led by Javed Miandad. The team featured the batting talent of Saleem Malik and the strike bowling partnership of Wasim Akram and Waqar Younis as well as the guile of leg-spinner, Mushtaq Ahmed.

Pakistan had pretty much the same team as they had back in 1992. Wasim Akram, Waqar Younis, and Mushtaq Ahmed were leading the bowling unit, and Inzamam-ul-Haq and Saeed Anwar led the batting line-up.

Pakistan toured England in 2001 for a two-match Test series and a triangular ODI series including Australia under the captaincy of Waqar Younis.

Pakistan drew the Test series 1-1. Inzamam-ul-Haq’s 114 and 85 in the second match helped Pakistan win. In the tri-series, Pakistan faced Australia in the final, which they lost by 9 wickets. The defeat brought back the bitter memories of the 1999 World Cup final.

It was a tour marred with controversy. After a drawn first Test, England won the next two matches before being awarded the final match in controversial circumstances. On the fourth day, Pakistan’s players were penalized for ball-tampering and refused to resume play after the tea interval, leading the umpires to award England the match and a 3-0 series victory.

In 2008, the ICC controversially declared the result of the final Test as a draw, altering the scoreline to 2–0; however, after criticism, not least by the MCC, this was subsequently reversed in February 2009 and the result was restored as an England victory.

Pakistan won the only T20I and drew the ODI series 2-2.

When 1962’s tour was termed as “the lowest and most depressing point in the history of Pakistan cricket”, they did not see this coming. The tour consisted of four Tests, two T20I’s and five ODIs. The first Test of the series, at Trent Bridge, was the 900th Test match to be played by England.

Pakistan lost the four-match test series 3-1, but that wasn’t the main talking point. On the third day of the 4th Test, a British newspaper, News of the World, published a story with allegations that an agent affiliated with some of the Pakistani players (later identified as Mazhar Majeed) had accepted £150,000 as bribe from undercover reporters for information that two Pakistani bowlers (Mohammad Asif and Mohammad Amir) would deliberately deliver no-balls at specific points during the match.

Muhammad Amir, Muhammad Asif, and captain, Salman Butt, were involved in the scandal and were banned from cricket for a number of years.

Pakistan lost the T20I series 2-0 and the ODI series resulted in a 3-2 defeat for the touring side.

Six years after the spot-fixing controversy, Pakistan, under the captaincy of Misbah-ul-Haq toured England once again. Four-match Test series, a five-match ODI series, and a one-off Twenty20 International were set to be played. England won the ODI series 4-1 and Pakistan won the only T20 International.

The Test series was a dramatic one. In the first Test at Lord’s, which was Mohammad Amir’s come back to the ground, Misbah-ul-Haq, 42, became the oldest captain to score a century. The iconic moment of his push-ups after scoring the century cannot be forgotten by the fans. Pakistan went on to win the match by 75 runs.

England won the next two matches and Pakistan made a comeback in the final Test match to draw the series 2-2. It was the same match in which Younis Khan scored his famous 214 as Pakistan became the top-ranked Test team in the world for the first time since new rankings were introduced in the early 2000s.

2 years on, Misbah and Younis both had retired and a new and inexperienced team was led by Sarfaraz Ahmed for a two-match Test series. Pakistan won the first Test at Lord’s by 9 wickets. However, they crumbled in the 2nd match at Headingly and lost the match by an innings and 55 runs.

Only time will tell what will happen in Pakistan’s tour of England in 2020, however, fans are hopeful that their team will return with good results.

What do you think will be the outcome of the upcoming Pakistan-England series? Let us know in the comments.