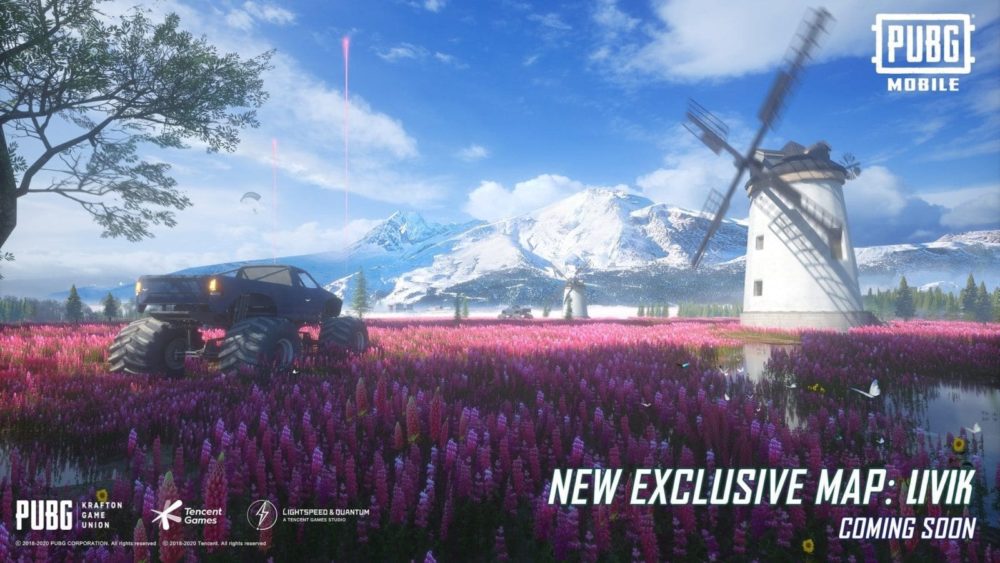 PUBG Mobile is scheduled to get a new update next week that will bring the all-new Livik map that will be exclusive to the mobile version. All other maps including Erangel, Sanhok, Miramar, and Vikendi are taken from the PC version, but Livik will stay exclusive to mobile players.

The announcement comes from PUBG Mobile’s official Twitter page that confirmed a launch date as well as the new map in the upcoming 0.19.0 update.

On July 7th, update 0.19.0 launches along with the first-ever PUBG MOBILE exclusive Map Livik 🏔️. Are you ready to face this new challenge head-on?

The new map coming on 07 July will be smaller compared to the rest and will allow a maximum of 40 players at a time. The idea behind the Livik map was to create a smaller space to make it more close quarters.

Game producer Rick Li said that they want PUBG Mobile to be enjoyed in a more flexible way and thus the map was created for players looking for quicker matches.

Livik will have several points of interest such as a volcano, hot spring, waterfall, and others. The waterfall will have a unique new interaction that is not available on other maps. Players will be able to launch a motorboat from the top of the waterfall to catch enemies off guard. You can also get carried away by the rapids as well.

There is also a new 5v5 Armory Arena mode coming where players will cycle between 18 different weapons each time they get a kill. The P90 submachine gun and MK12 burst sniper rifle will be added with the update too.

As for Erangel 2.0, it is unlikely to come with the July 7 update as the developers say that they are still working on some final touches.