Pakistan’s daily new coronavirus cases have been hovering around the 3,000 mark for quite some time. While they are lower than the peak of around 6800 cases, we are still on the brink.

Our seven-day rolling average has also dropped from 3,500 (during last week) to around 3,291 (today) and the rate of decline in new cases is lower than many other countries. While this is all good, and we are seeing figures lowering — the pace is a bit steady and we need to be very careful during this dip.

For the first time in two months, hospitalizations in Punjab (1,685) were today lower than those in Sindh (2,153). The number of patients on a ventilator in Punjab has reduced to 180, down from over 300 during June.

Ventilator utilization is now 31% of overall ventilators that are allocated for COVID-19 patients across the country, down from 45% utilization that we had during mid-June. 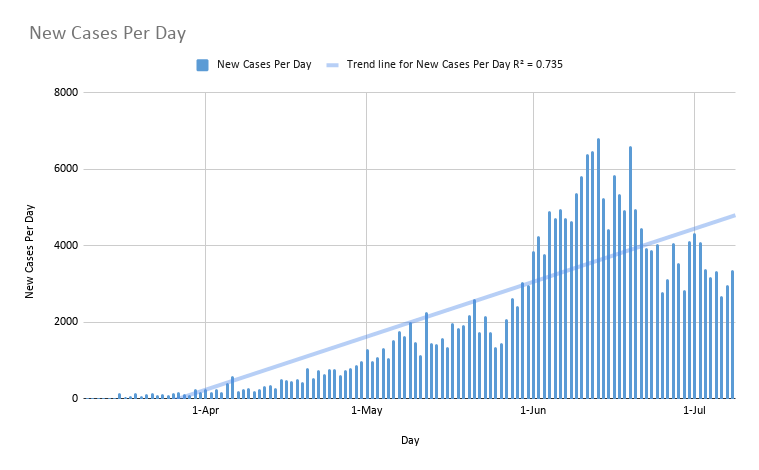 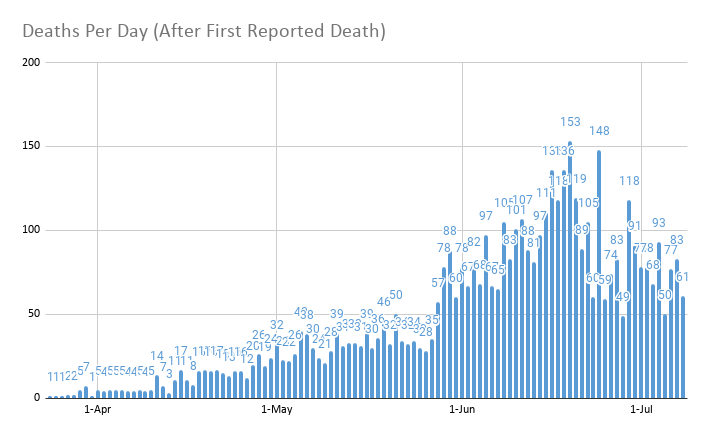 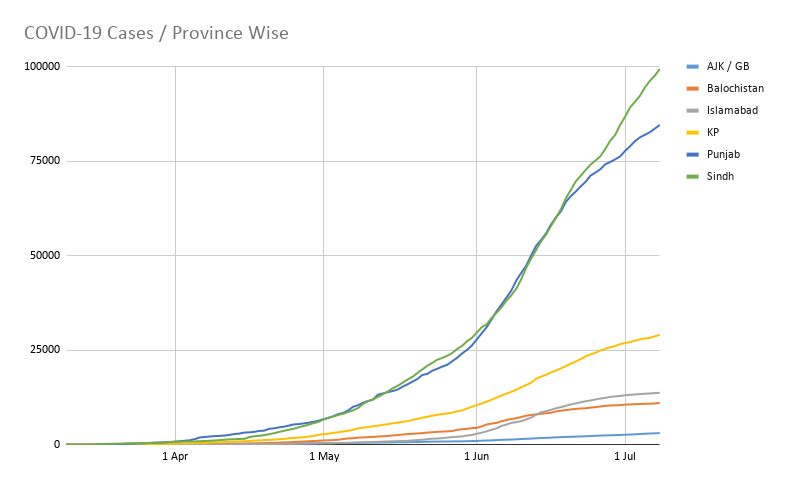 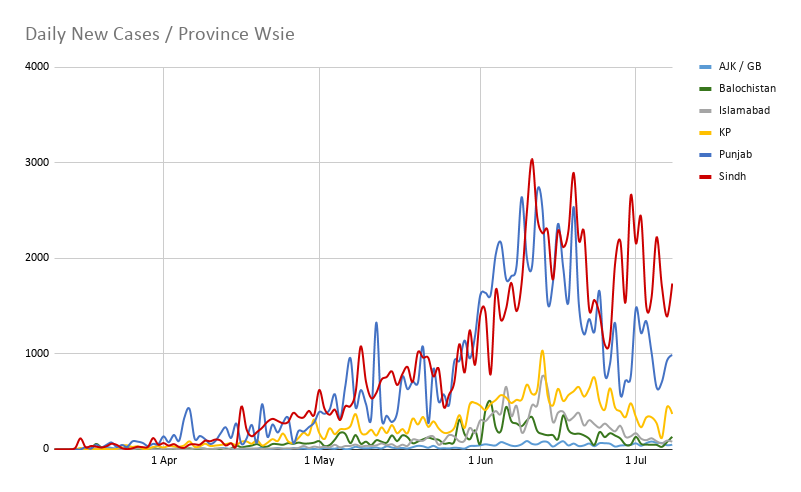 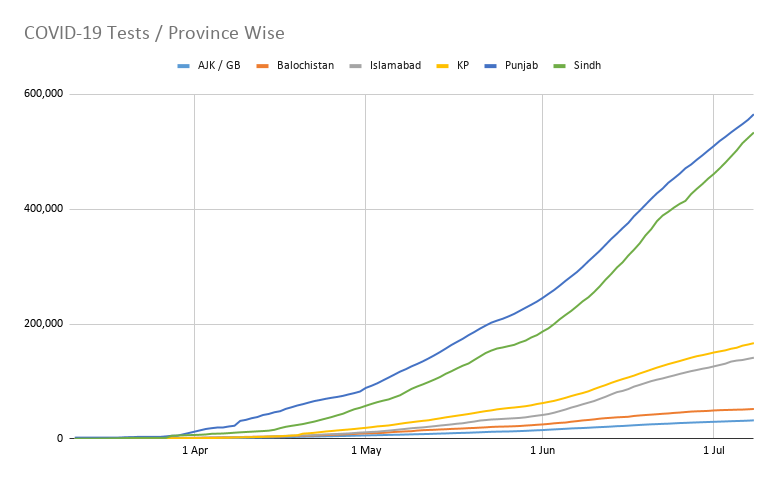 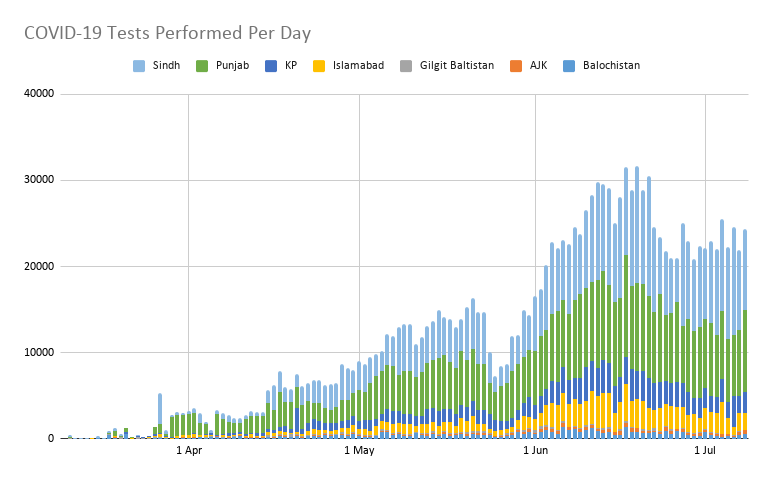