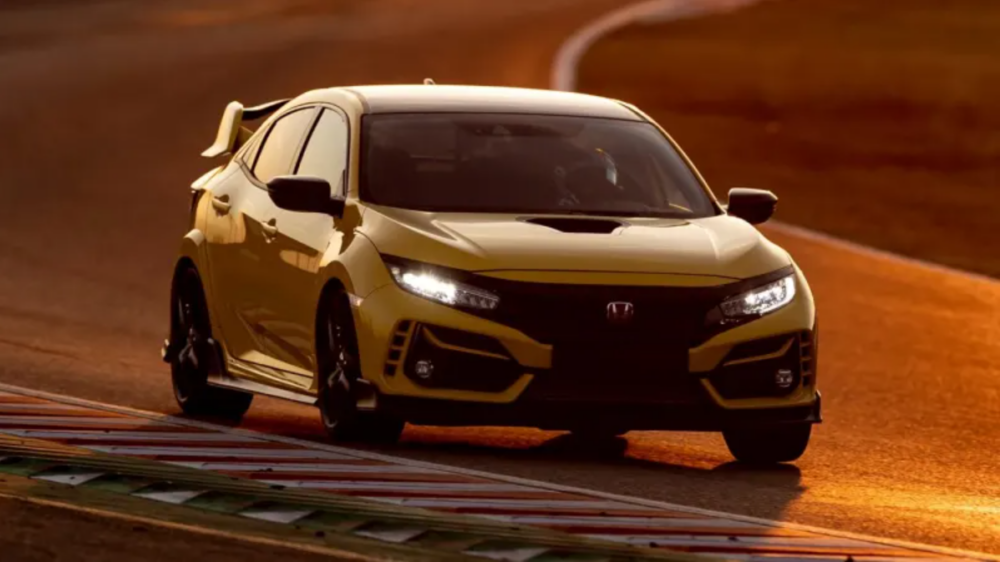 There are two types of car lovers in the world. Those that prefer excess and those that prefer subtlety. The former is usually a casual car fan who thinks that only the Ferrari’s, Lamborghini’s, Merc’s and Bimmer’s are worthy of all appreciation. Whereas the latter is a true automotive enthusiast who appreciates the car not only for the obvious appeal i.e the brand name, the looks and the heritage but also for what’s underneath all of that.

Those are the kind of people who gave birth to the idea that resulted in the Honda Civic Type R. A simple, reliable and easy to live with family car that also happens to be fast and fun. Although the brand new FK8 Civic Type R looks like something out of a Star Wars movie, it still maintains its dual personality. One where you can daily-drive the car in comfort, and the other where you can smash the back roads or the lap-times of the supercars on the race track.

Speaking of which, Honda just bagged a huge milestone in a recent development by shattering the lap record of the legendary Ferrari F-40 by almost 2 seconds on the Suzuka Race Circuit in Japan. The car they did it in was the all-new FK8 Honda Civic Type R special edition.

The FK8 Civic Type R is already one of the fastest and most precise front-wheel-drive cars in the world. The standard Type R has a 2.0 Liter turbocharged petrol engine that makes 320 horsepower, 400 Newton-Meters of torque and is available only with a 6-speed manual transmission. Though the special edition is fitted with an all-new high performance steering and suspension setup for more precise handling.

However, all of that fun and excitement comes at a handsome price of about 40,000 US dollars (6,642,708/- Pakistani Rupees in case you’re wondering). But, as compared to its direct competitors, namely, the Ford Focus RS, VW Golf R, Subaru WRX STi and other sports sedans and hot-hatches, Civic Type R is not only a bargain, but also the more practical choice given the premiums such as reliability, comfort and fun factor.

The FK8 Civic Type R has received rave reviews from automotive journalists around the world for its performance and capability. It’s the kind of stuff that makes one forget that this is, in essence, a family car. Now granted that the Ferrari F-40 is an over 30-year old museum piece, but it is still a stripped down, light weight, thoroughbred track-weapon that is still immensely fast even by today’s standards.

And for a family hatch-back to beat a purpose built super car, it is indeed a testament to the fact that, not only Honda, but the entire car industry has come incredibly far and still has a promising future ahead. What a time to be alive.