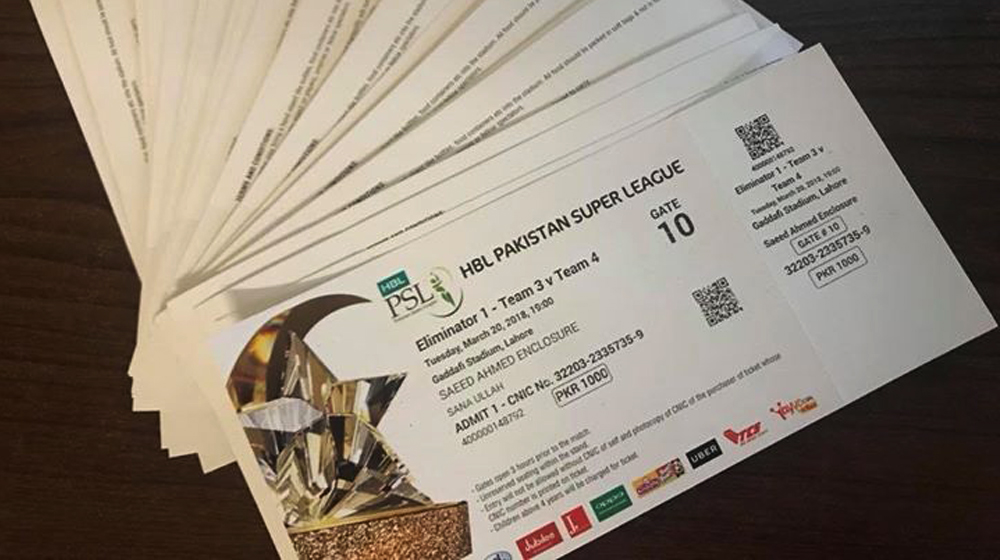 As the Pakistan Cricket Board (PCB) mulls over possible dates for hosting the remainder of Pakistan Super League (PSL), there is good news for ticket-holders for the earlier matches. The board will start refunds of the matches that were played behind closed doors in the first phase.

In the second phase, tickets for matches that could not be completed i.e. the playoffs and the final will be refunded. As per the reports, both the phases will take around 10 days each considering the huge number of ticket sales for the business-end of the PSL.

PCB had called off the 5th edition of the league due to COVID-19 fears after initially changing the schedule slightly by replacing playoffs with semi-finals. According to the reports, an England cricketer, Alex Hales, had shown symptoms of the novel coronavirus following which the league was postponed indefinitely.

The PCB had conducted COVID-19 tests of all the players and support staff etc., however, no one’s report returned positive.

The cricket’s governing body in Pakistan is yet to share the complete details of the refunding process, however, a media release can be expected in a couple of days regarding the subject.