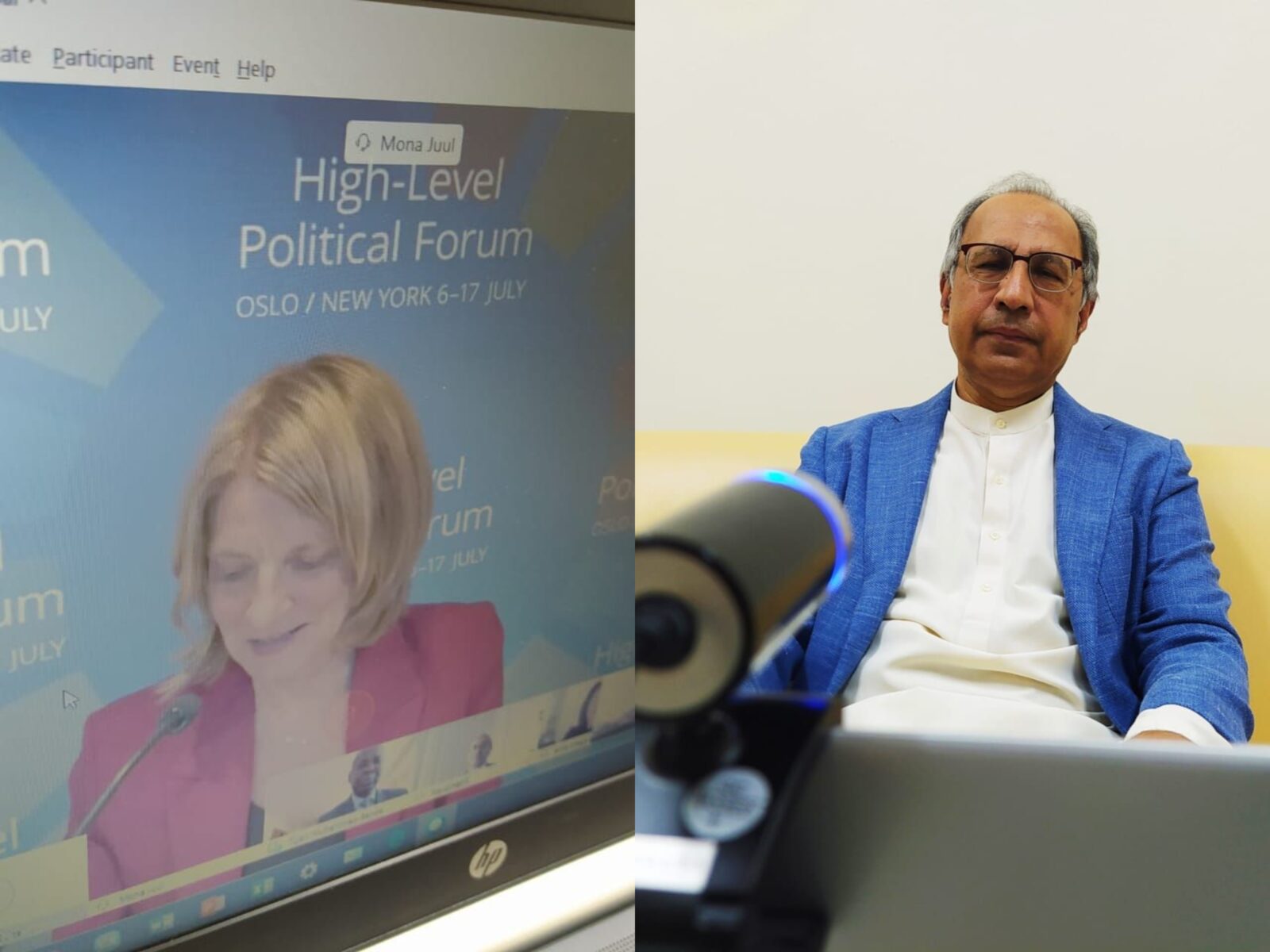 Adviser to the Prime Minister on Finance and Revenue Dr. Abdul Hafeez Shaikh has said that Pakistan, as a responsible member of the international community, continues to ensure the earliest completion of the FATF Action Plan through increasing the effectiveness of its AML/ CFT Regime.

He said that out of 27 FATF Action Plan Items, Pakistan had already addressed 14 items while substantial progress had been made in addressing the remaining 13. He was delivering a keynote statement through Zoom to a high-level panel on International Financial Accountability, Transparency, and Integrity for Achieving the 2030 Agenda to contribute to the implementation of the 2030 Agenda for Sustainable Development.

The FACTI Panel discussed, among other things, the overall efforts undertaken by the member states to implement comprehensive international frameworks related to financial accountability, transparency, and integrity critical to financing the Sustainable Development Goals. H.E. Mr. Tijjani Muhammad-Bande President of the General Assembly and H.E. Ms. Mona Juul President of the Economic and Social Council were also part of the high-level panel.

Similarly, the Government of Pakistan has taken various measures in recent years to contain illicit financial flows through the strengthening of the AML/CFT regulations on Customer Due Diligence (CDD) and Know Your Customer (KYC)/and other AML/CFT instructions to financial institutions have been brought in line with FATF standards. To further align with the International standards, the AML Act had been amended to include Tax Offences as predicate offenses. A range of predicate offenses have been added to the schedule of AML Act, including serious offenses including corruption, narcotics, terrorism, and human trafficking, he added.

Dr. Abdul Hafeez Shaikh told the panel that Violations of Section 4(1) (un-authorized FX business) and Section 5 (Illegal transfers) of Foreign Exchange Regulation Act (FERA), 1947 had been incorporated into the schedule of Anti Money Laundering (AML) Act, 2010 in terms of which those offenses might also be punishable under AML, Act, 2010. He said amendments to the Protection of Economic Reforms Act (PERA) 1992 had been incorporated to restrict the feeding of foreign currency accounts by Non-Tax Filers Pakistani Residents.

The Adviser said that Pakistan had launched the Pakistan Remittances Initiative (PRI) to facilitate the inflow of home remittance into Pakistan through formal channels. Resultantly, Pakistan had registered growth in remittances during the last decade, rising from $ 6.4 billion in FY08 to $23 billion in FY20. Automation of Electronic Import Form (EIF) and Electronic Export Form (EEF) by banks through Pakistan Customs’ software – Web Based One Customs (WeBOC) to synchronize import and export of goods and payments by banks were also some of the steps taken by the government to further streamline the processes.

He said the State Bank of Pakistan and Federal Investigation Agency of Pakistan continue to identify illegal MVTS (hawala/ hundi operators) and take measures including closure, investigation, and prosecution of these operators.

In his statement, Dr. Abdul Hafeez Shaikh also called upon the Panel to look into how multinational corporations minimize their tax liabilities to revenue authorities in their country of operations. He observed that MNCs had devised sophisticated financial and operational models enabling them to maneuver their way through tax systems and shift their profits to low tax jurisdictions and, in many instances, tax havens that are highly opaque in nature.

He said the Panama Papers highlighted the myriad ways in which the rich could exploit secretive offshore tax regimes – and widen the gulf between rich and poor. Abuse of anonymous shell companies is among the reasons why many countries are facing greater challenges today in the face of the COVID-19 pandemic. For years, they have enabled corruption, fraud, and tax evasion, he said.

He also drew the attention of the panel to research by Transparency International showing that the overall level of compliance on the part of countries with beneficial ownership transparency standards was low, as many countries had failed to take adequate measures such as the establishment of registers. Asset recovery by developing countries has been slow and legal framework remains cumbersome, he noted.