Sindh reported more than half or 1,089 cases in a single day, its lowest addition in daily new cases since June 3rd. Of new cases in Sindh, Karachi registered 40% or 422 cases in 24 hours, lowest number for the city in over a month.

Remaining 60% or 667 cases were reported from other than Karachi regions, which is alarming as the spread of virus has now reached the rural parts of the province. Ghotki, Shaheed Benazirabad and Sukkur reported 127, 106 and 73 cases respectively.

A total of 8,739 recoveries were announced across Pakistan as Punjab tested 5,954 patients negative for the COVID-19. Total number of recoveries reached 160,656 or 67.29% of all positive cases. 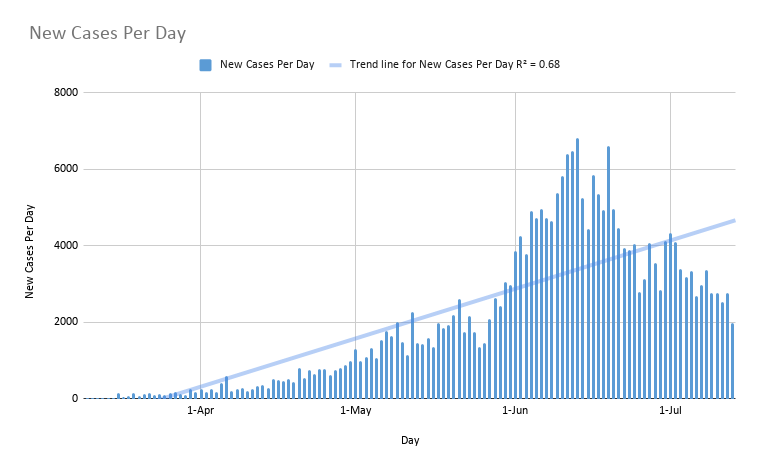 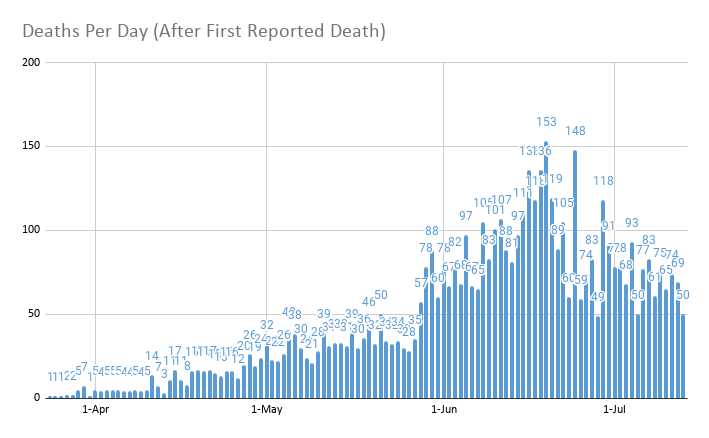 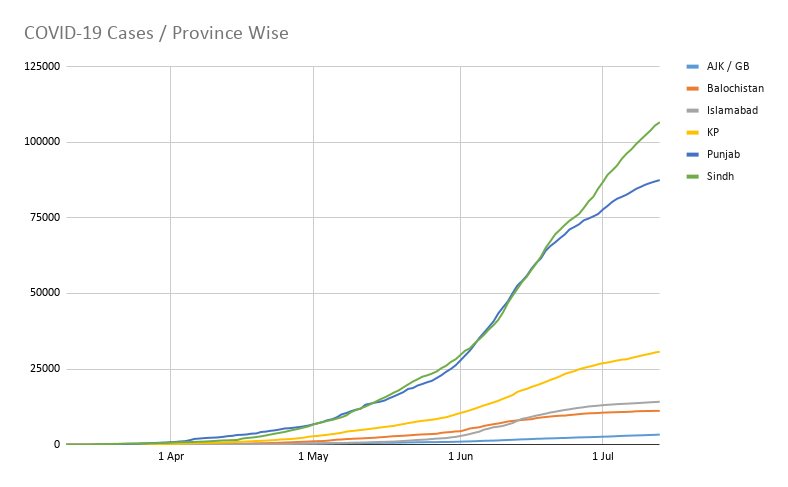 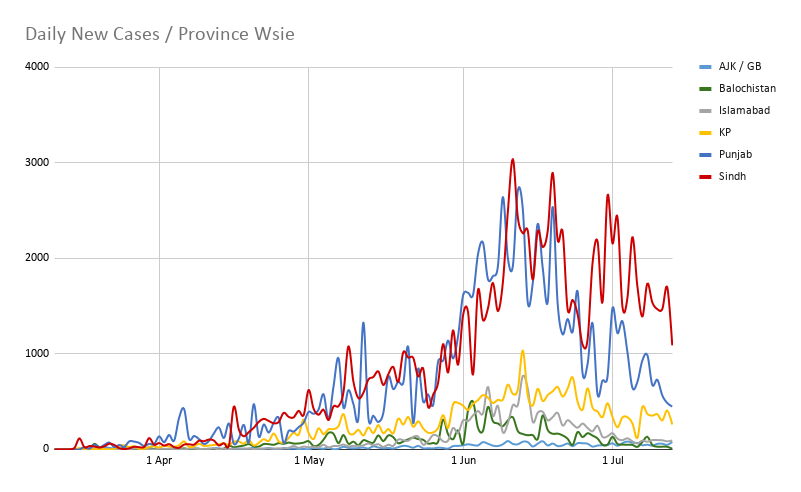 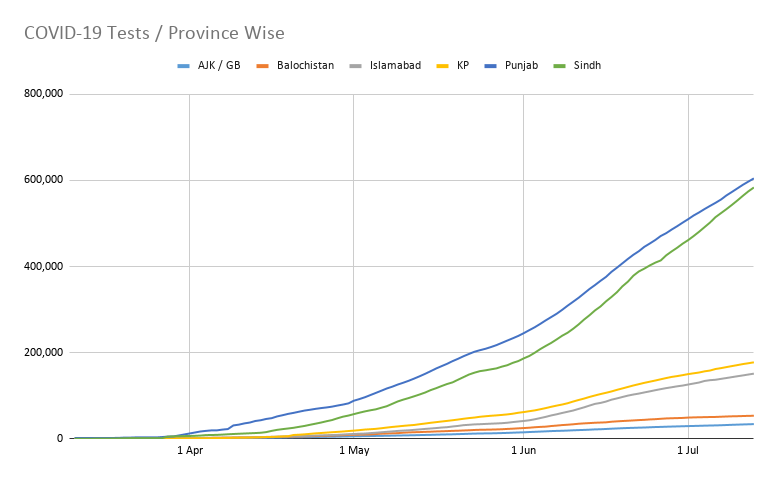 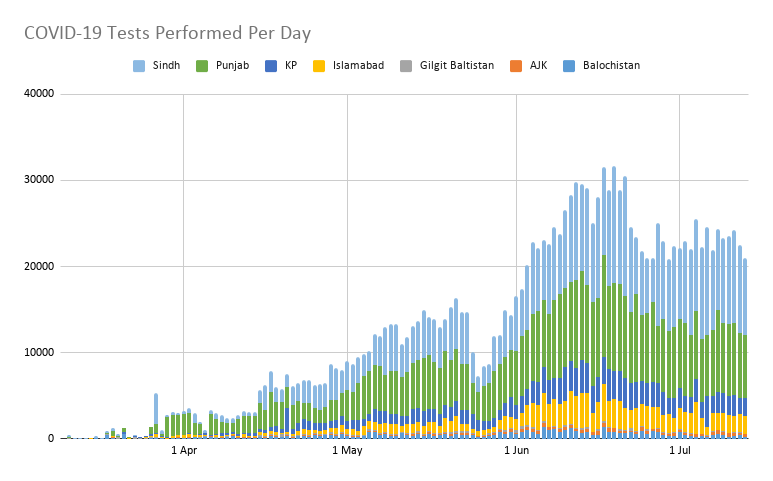