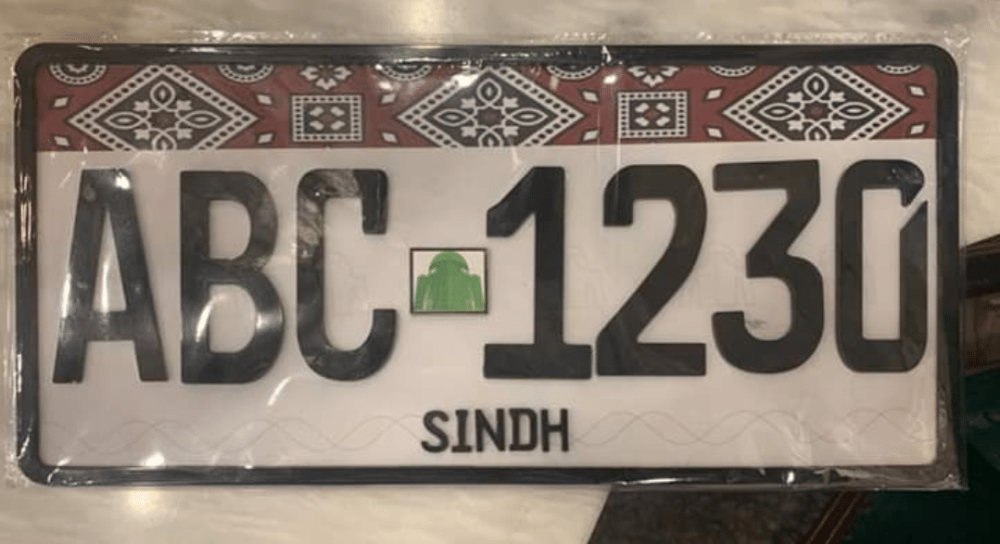 In the latest development, Director-General Excise, Taxation, and Narcotics Department Sindh Shoaib Ahmed Siddiqui announced in his discussion with a media agency on Wednesday, that the Sindh government has launched new registration number plates for vehicles with the latest security features.

An official representative from the Excise, Taxation, and Narcotics Department Sindh spoke in detail about the number plate, stating that it would have five key-security features, including a tracking chip/radio-frequency identification (RFID) tag, laser serial number identification, Sindh government’s monogram, integrated laser mark, and embedded graphics that would help with vehicle identification.

The number plates have also received a bit of a cosmetic makeover. Gone is the old, yellow, and bland number plate design that used to look out-of-place on any car. The new design is rather simple, with white background, registration number written in bold black font, Sindh Monogram in the middle, and an ajrak design printed in a small space on top.

The announcement was first made a few days back, when Director General (DG) Excise, Taxation and Narcotics Control Mr. Shoaib Ahmed Siddiqui inaugurated the new Excise and Taxation office building at I. I. Chundrigar Road, Karachi. During that event, Provincial Minister Mukesh Chawla made the announcement that vehicle owners shall receive a smart card instead of a registration book for their vehicles.

Mr. Chawla stated that the new smart card shall contain the entire tax record of the car and the owner, which will be kept in a computerized database of the registration authority. He announced that the smart card issuance shall begin in 2 to 3 weeks.