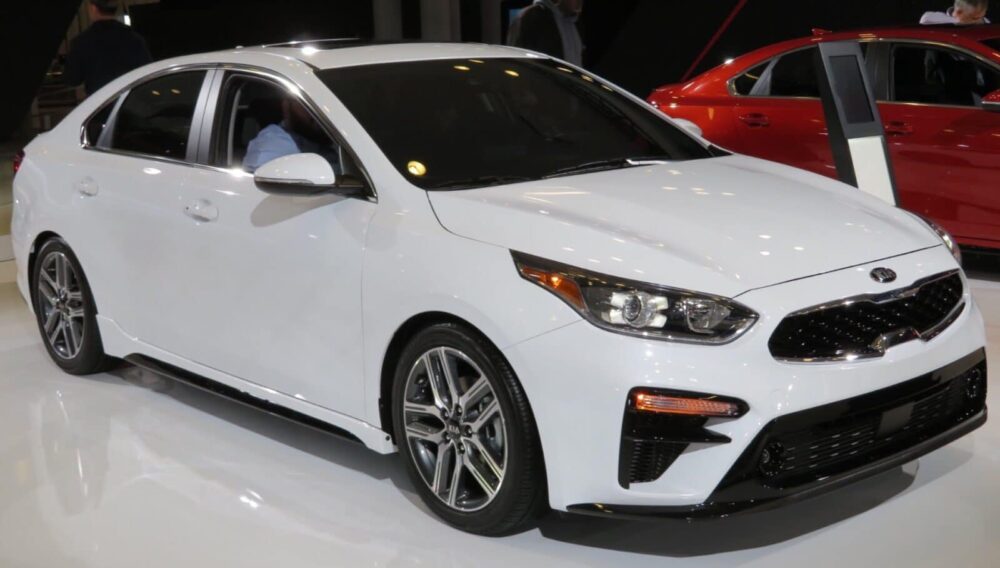 As per recent reports by various automotive journalists in Pakistan, Kia is all set to launch Cerato in Pakistan by the end of this year. Cerato is a midsize family sedan that will compete against the likes of Honda Civic, Toyota Corolla and Hyundai Elantra.

As per reports, Cerato shall feature a 1.6 Liter in-line 4 cylinder Petrol Engine that makes 123 horsepower and 154 newton/meters of torque and can be mated to a 6-speed manual and 6-speed automatic gearbox. Furthermore, it is believed that Kia Lucky Motors has already brought in multiple Cerato units for testing.

4th generation Cerato, also known as the Kia Forte in the North American market, or the Kia K3 in the Chinese and Korean markets, was revealed at the 2018 North American International Auto Show in Detroit, Michigan in January 2018. The car borrows its styling cues from their flagship, full-size sedan, the Kia Stinger.

Kia Cerato of the international markets is loaded with tech-features for its base model that other competing cars offer as options. These include:

The following features are available as options for Kia Cerato:

The car is believed to be priced from Rs. 3.1 million to 3.7 million, depending on the trim level and the extras.

The midsize sedan market picking up pace is indeed a good sign for Pakistan. A healthy competition between multiple automakers is likely to have an effect not only on the marketing strategy but also on the pricing and quality control as well. Furthermore, competition can also prompt the automakers to finally give us the features in cars that justify their price tags.