Pakistan reported a total of 9,206 new cases in seven days with a daily average of 1,315 new cases per day, down from 13,458 new cases that we reported last week, showing a 30% week-over-week decline.

Not to mention, we have decreased our new cases from a peak of 40,807 cases that we reported in seven days (or an average of 5,829 cases registered per day) in mid-June.

While we lost 243 precious lives during the week, the number is 37% down from 333 deaths that were reported a week earlier.

The number of tests during the week stood at 149K (or around 21K tests on average per day), which is slightly down from 155K tests that were conducted a week earlier.

More in the below graphs: 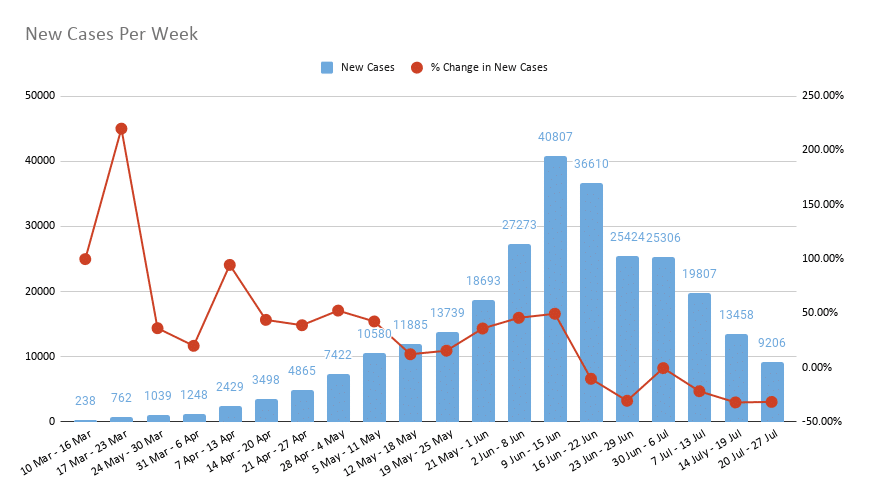 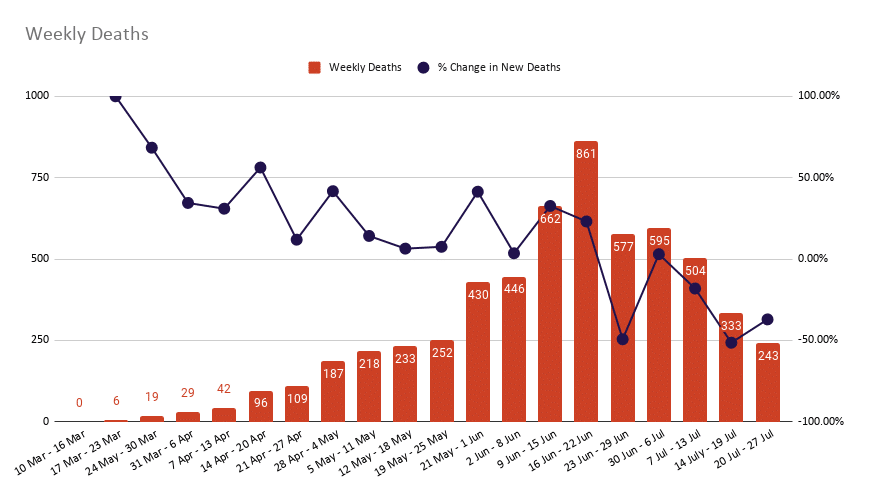 Here’s how the rest of the provinces / regions performed: 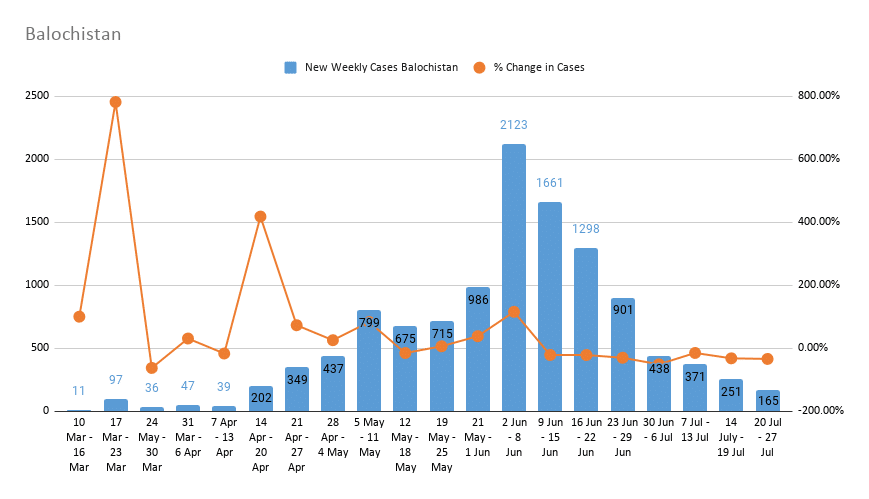 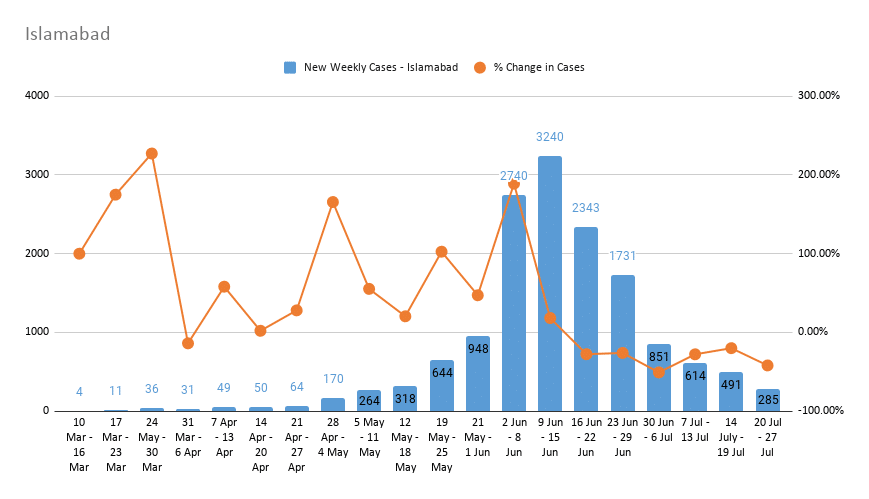 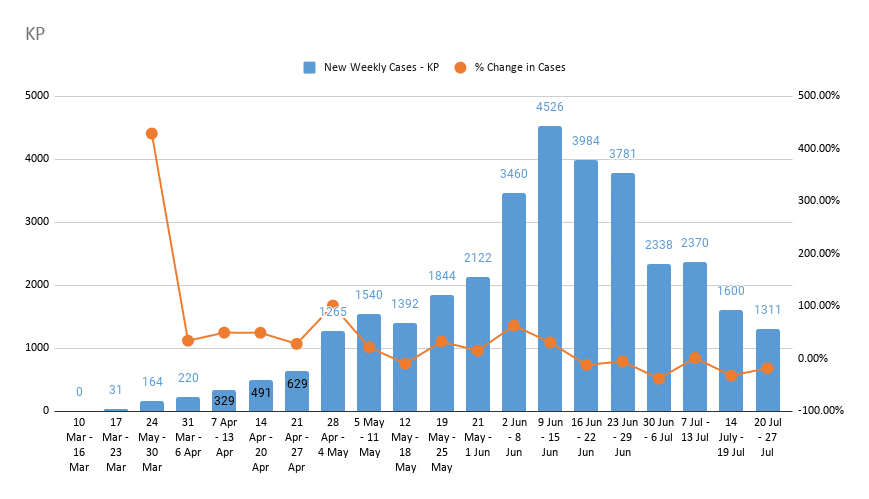 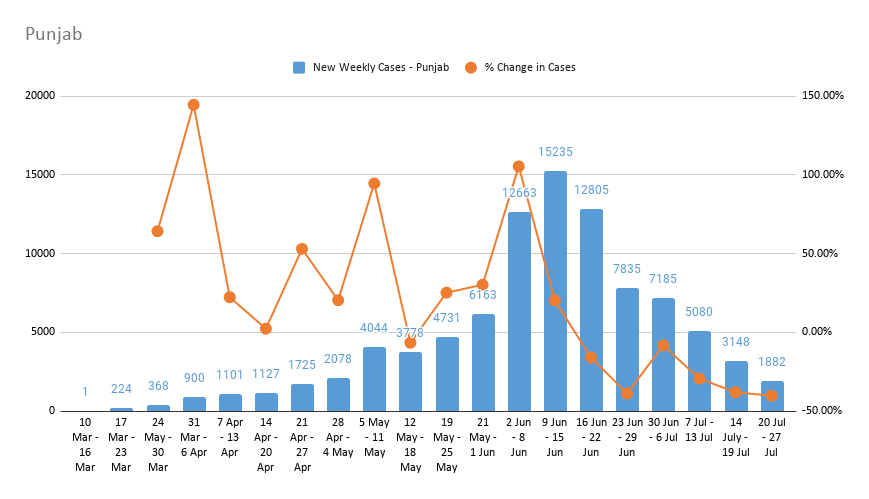 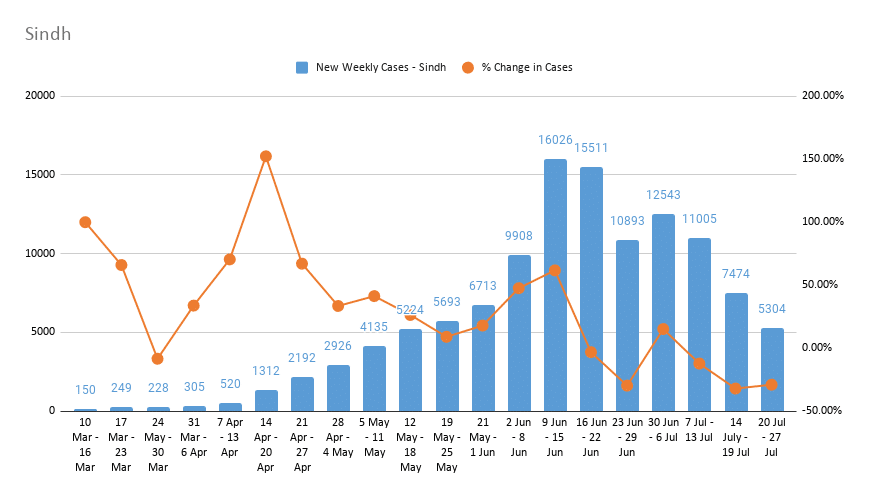 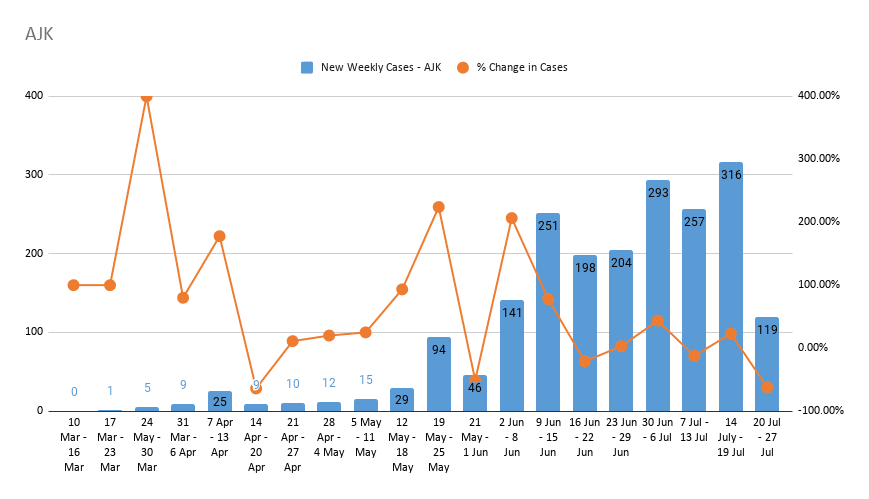 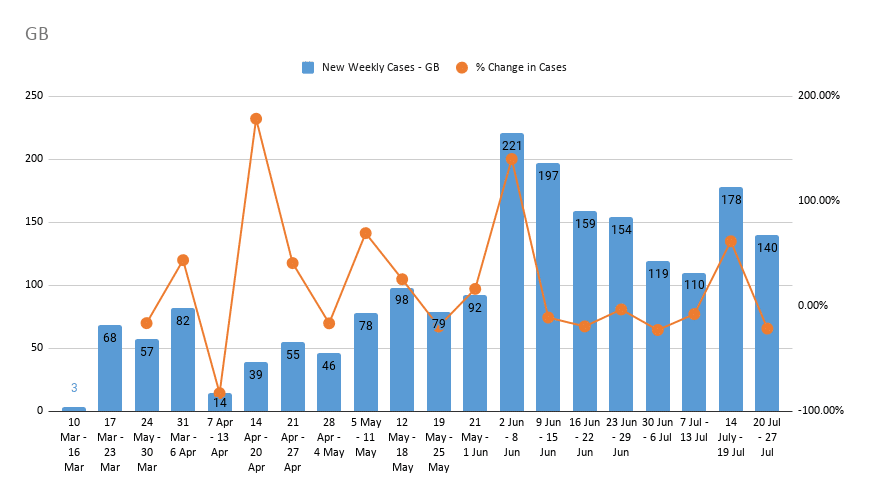 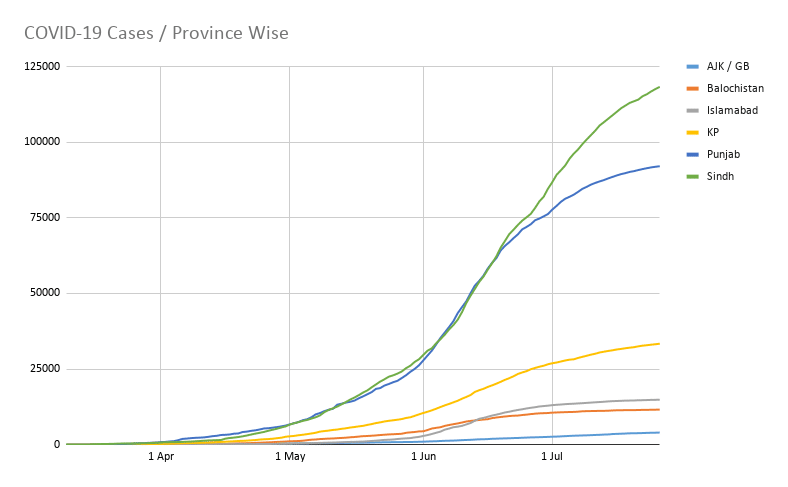 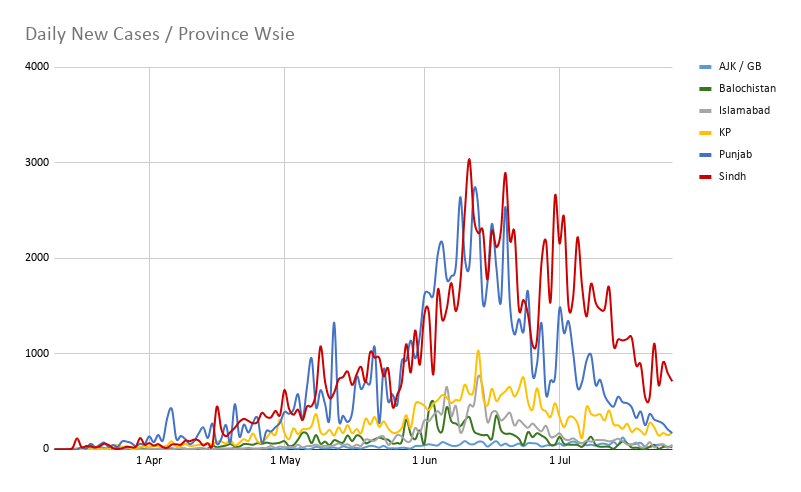 Check below graph that clearly shows that the number of tests has remained the same over the weeks, but positive cases have dropped significantly, and ultimately increased test to positive case ratio.

Test to positive case ratio during the week remained at around 6%, down from almost 25% that we witnessed during mid-June. 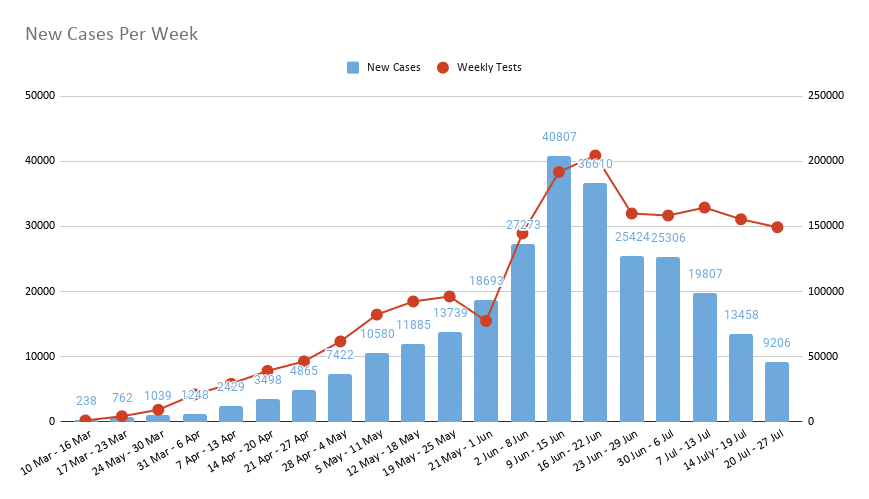 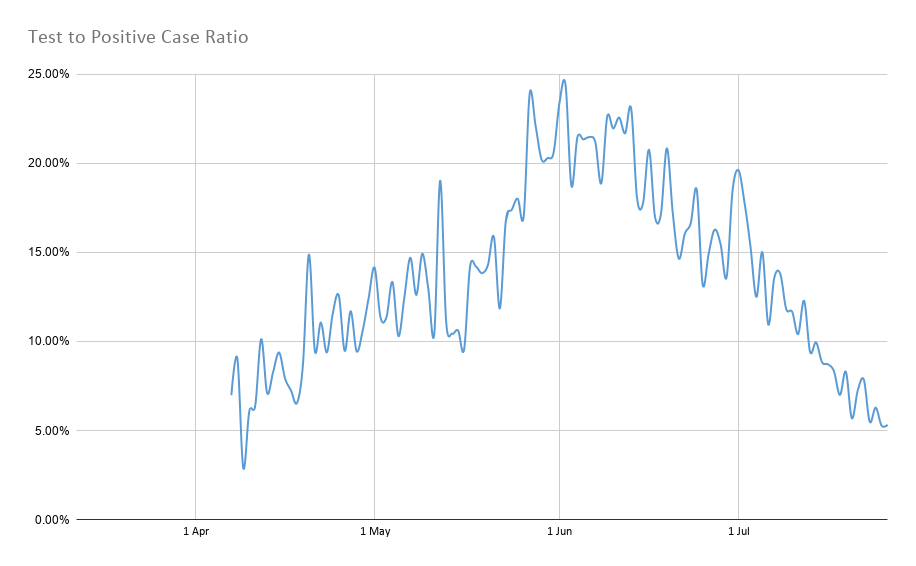 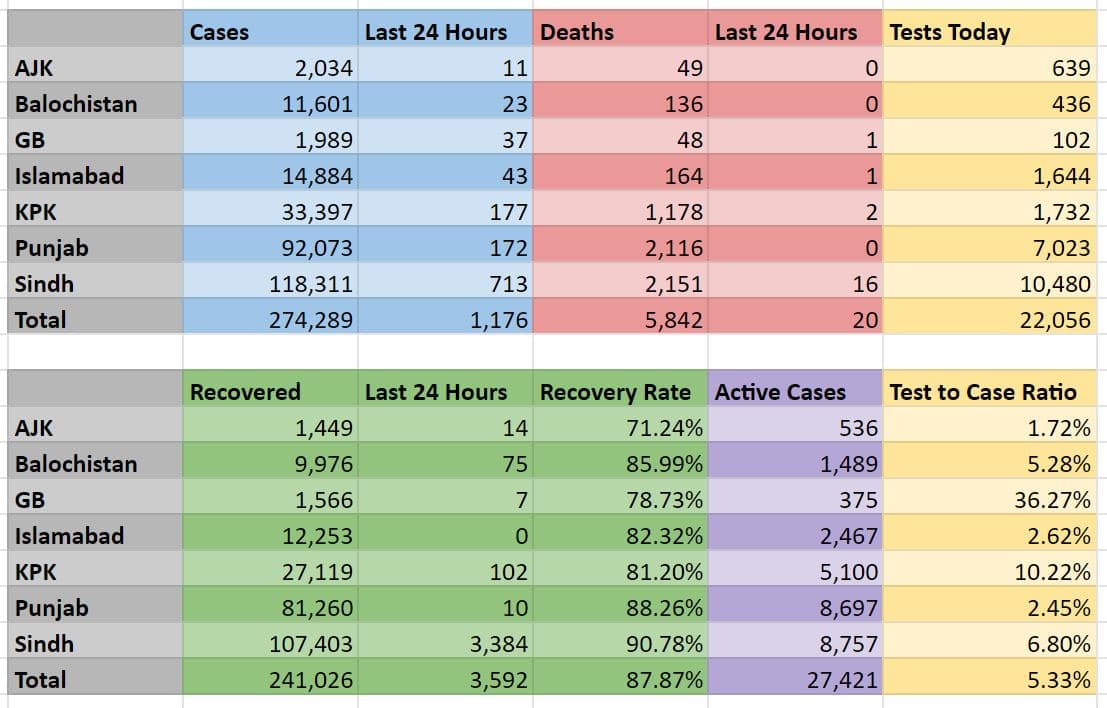