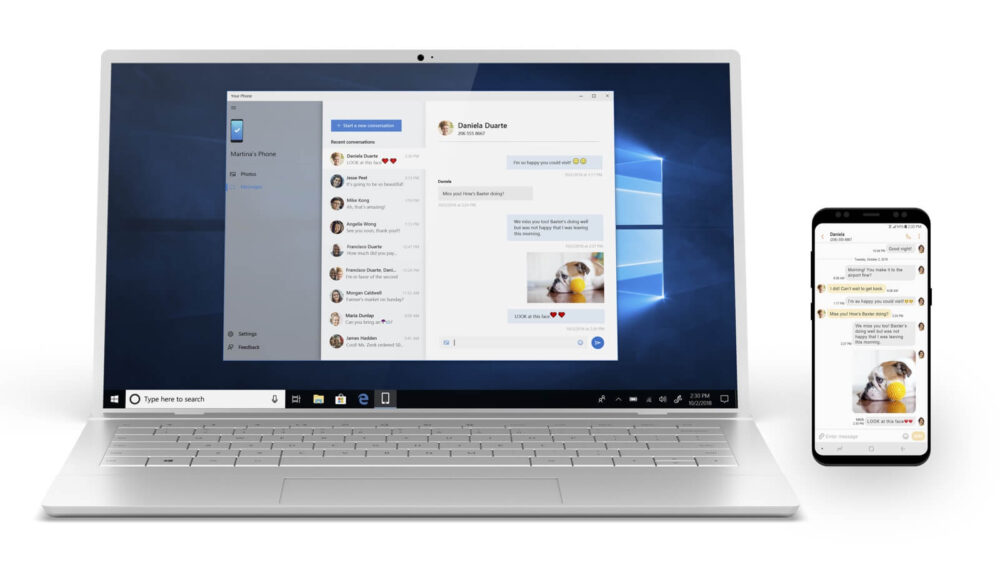 Microsoft’s newest update to Your Phone app adds to the mirroring functionality in Windows 10. You will now be able to run all your Android apps side by side on Windows 10 through the Your Phone App.

The Android apps on your phone will now be mirrored on Windows 10 in a separate window outside the Your Phone app. These apps will support multitasking as well, meaning that they can be pinned to the taskbar or start menu and can also be alt + tabbed at any time.

Additionally, the ability to launch apps directly from Windows shortcuts means that you no longer have to search for a mirroring service on your phone.

This GIF included below shows how it works.

Multiple Android apps can now run side by side with Windows apps, which is something Microsoft announced yesterday at Samsung’s Unpacked event for the Galaxy Note 20. However, people on Windows 10 will not be able to use this feature until later this year.

There are, of course, a few caveats as well. For instance, not all apps are supported on Your Phone. Microsoft says that some apps just may appear as a black screen, might not cast to other screens properly, may not work with keyboard and mouse, may play audio from the phone instead, etc.

This is only supported on Samsung phones as of yet and you will need to sign up for Windows Insider testing to check out Your Phone. You can see a full list of supported Samsung phones on Microsoft’s Blog Post.