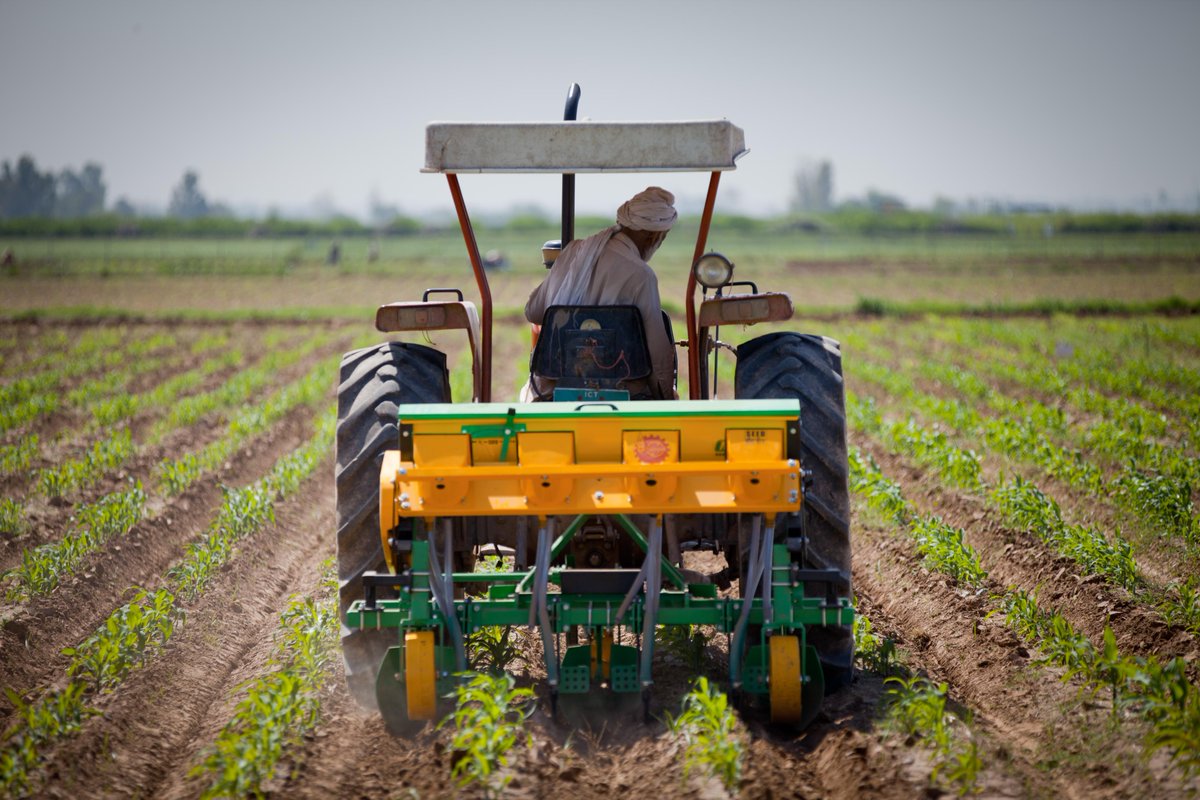 More than 400 farmers in Punjab, Pakistan, were surveyed on the impact of the nationwide lockdown in response to the coronavirus (COVID-19) pandemic and the locust invasion.

The survey “COVID-19, impact on farm households in Punjab” was conducted by the ADB team.

The survey collected information on how COVID-19- related measures and disruptions affected the harvesting and marketing of winter season (rabi) crops and livestock products, availability and price of inputs, and financial needs of farmers. It also sought to learn about the impact of the locust invasion although the areas selected in the survey are less prone to locust invasion than other areas.

The survey gave an overview that before the COVID-19 outbreak, Pakistan’s gross domestic product (GDP) growth for 2019–2020 was projected at 3.2 percent, with agriculture contributing 2.9 percent.

However, the COVID-19 outbreak affected various channels of Pakistan’s economy. Consequently, the provisional growth of GDP for 2019–2020 has been re-estimated at – 0.4 percent, with agriculture as the only sector showing positive growth at 2.7 percent (Pakistan Bureau of Statistics 2020).

The latest Asian Development Bank (ADB) survey reveals that about one-third (33.3 percent) of farm households in Punjab experienced losses in wages and non-farm earnings due to the lockdown amid COVID-19.

The survey of farmers in Punjab revealed that wheat harvesting and marketing was spared the negative effects of the restricted movement of goods, except in the southern districts.

The survey revealed that wheat is the predominant crop grown during the rabi season in Punjab, and it is produced by 96.7% of respondents. Berseem, a fodder crop for livestock, is the second most frequently grown crop, as 49.9% of respondents had indicated, 12.8% grew maize, which is used widely for poultry feed, 11.7% raised vegetables, 5.1% grew fruit, and 6.1% planted miscellaneous other crops.

Most respondents (97.3%) reported having completed harvesting their wheat—for the majority, the harvesting period started in the last week of April and ended on the second week of May.

Of those who had completed their harvest at the time of the survey, 74.6 percent reported that they were able to market their wheat without difficulty. Most of those who did not sell wheat kept the produce for self-consumption. Only a few respondents had difficulty selling their wheat.

Restrictions on the movement of goods upset the marketing of highly perishables, such as vegetables, fruits, and milk as they are difficult to store, unlike grains.

Impact on Vegetable and Fruit Harvests

Unlike the wheat farmers, large proportions of vegetable and fruit farmers reported difficulties in marketing their produce. Around 24 percent of vegetable and fruit growers found the offered prices too low, 23.4 percent could not visit markets, and 8 percent could not find traders to sell their produce. Most of these respondents stated COVID-19 as the main reason for these problems.

Of the 145 respondents who reported having livestock for milk production and selling milk in the market, about two-thirds (65.5%) reported that they had been unable to market or faced difficulty marketing their milk daily in the past few months.

Rice-wheat zone respondents who were unable to sell or faced difficulty selling their milk cited the unavailability of traders (46.5%) and the inability to transport their products to markets and cities (12.4%) as the main reasons for their difficulties.

Mixed cropping zone MCZ respondents cited the unavailability of traders (56.3%) and the inability to transport their products to markets and cities (18.8%).

The locusts hit Khyber Pakhtunkhwa and Balochistan first and then moved to Sindh and southern Punjab.

Locust invasions were observed in the mix- cropping zone of central Punjab, causing crop damage in the area while as per the survey government response is needed to offset the negative effects of COVID-19 and the locust attacks. 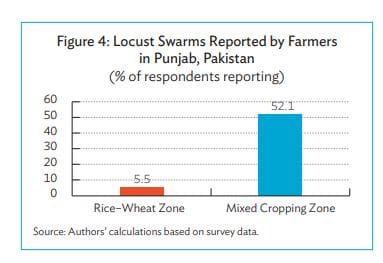 The survey of farmers in Punjab concluded that that wheat harvesting and marketing was spared the negative effects of the restricted movement of goods because of COVID-19, except in the southern districts. Restrictions on the movement of goods upset the marketing of highly perishable products, such as vegetables, fruits, and milk as they are difficult to store, unlike grains.

Disruptions in the food supply chain result directly in income losses for producers and increased food prices, and therefore need to be kept at a minimum under the COVID-19-induced movement restrictions.

The rising input prices raise grave concerns about the forthcoming rice-growing season. The results in this brief show that farmers have lost cash earnings during the COVID-19 pandemic. Coupled with the higher input prices, farmers may not be able to buy the inputs they need for rice production. Because rice is a major staple crop for domestic consumers and an important export product, increased input prices may cause significant problems for Pakistan’s economy.

The swarms have resulted in production losses for farmers who are already suffering the effects of the COVID-19 pandemic. Immediate prevention and mitigation measures are required, in addition to midterm measures to prevent a future resurgence, said the survey.

At the same time, locust swarms were reported in the two surveyed districts, with more severe cases observed in Balochistan and Sindh than in Punjab.