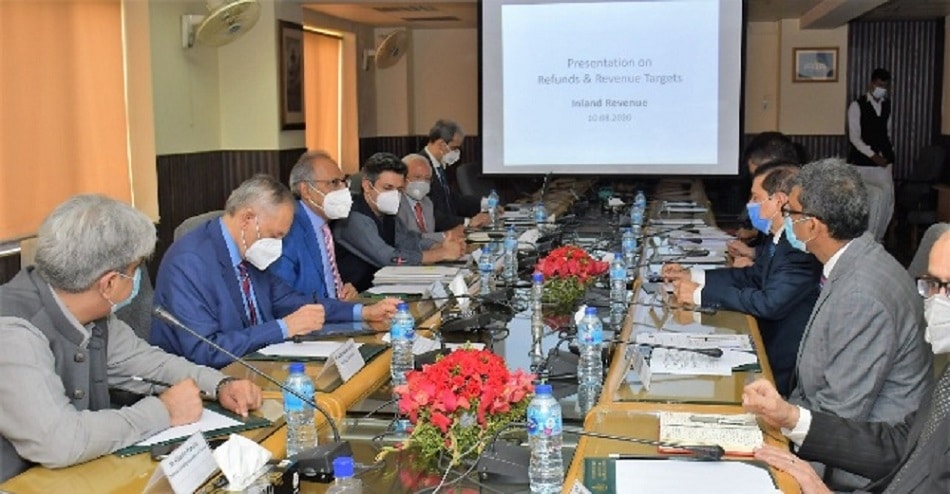 FBR admitted that pending refund claims of over Rs. 232 billion are mostly related to the export sector.

A meeting was held in the Federal Board of Revenue Islamabad to take stock of the issuance of refunds under the Inland Revenue Courts i.e. Income Tax, Sales Tax, and Federal Excise.

The meeting was informed that a total of Rs. 142 billion of sales tax refunds were pending and Rs. 90 billion of income tax refunds are due for payment. The Member also informed the ministers that the export sector had been prioritized and an unprecedented amount of Rs. 106 billion had been released to them. It was also explained that during 2020, fresh inflows and refund claims had matched the outflows and a total amount of refunds released under the head of sales tax was Rs. 154 billion.

FBR was also advised to increase its public outreach and hold frequent meetings/media conferences and video conferences with trade associations to hear their viewpoint and issues relating to tax matters. It was noted that the withholding tax regime increased the cost of doing business and FBR was advised to examine reducing the regime in the coming budget.

Similarly, the legal provisions relating to capping input tax adjustment at 90% of payable tax in terms of section 8B of the Sales Tax Act were also proposed to be examined in the forthcoming budget exercise.

Discussing the tax refunds, FBR was advised to focus on pending refunds of both the export and non-export sectors to give a business stimulus and easy cash flows in the post COVID scenario.

Further enhancing the stimulus package, FBR was advised to pay income tax refunds up to Rs. 50 million each within one week for which FBR will be provided funds by the Finance Division. In order to ensure steady disbursement of refunds, it was also proposed that FBR may examine creating a refund fund from where income tax refunds relating to previous years may be paid in routine without hurting collection until all the pending refunds are liquidated.