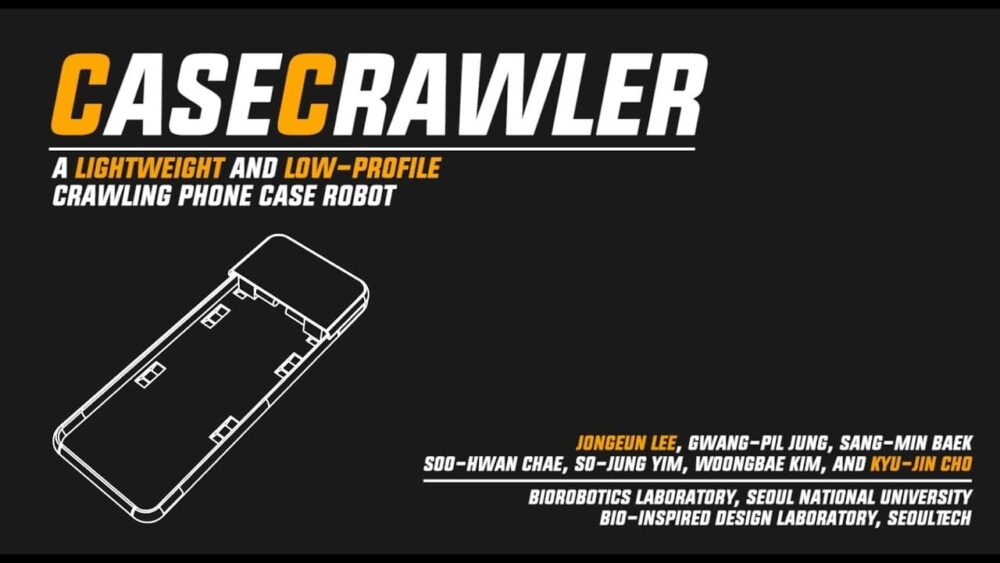 Xiaomi Patents a Phone Case That Can Wirelessly Charge Earbuds

Researchers from the Seoul National University (SNU) have developed a robot with tiny legs and fully functioning knee joints that can bend in one direction only. These legs can not only walk but also climb over small obstacles such as books in their path. Once the robot is done crawling, the legs retract and go flat against the case, making it no different than an ordinary phone case.

It can carry a total weight of 300g, which is 13 times its own weight. This makes it capable of carrying more than an ordinary smartphone.

The researchers tested the robot on a 190g smartphone and it successfully carried the device to a nearby wireless charger. The video below shows the CaseCrawler in action.


Keep in mind that this is only a prototype with a couple of legs and not much brains. Currently, it is not capable of efficiently moving towards a wireless charger on its own. But the researchers say that they are working on adding more sensors and control functions to make it more reliable, because it is absolutely necessary in daily life. It will also be able to collect data and report it to the owner in the future.

The technology is clearly far from mass production right now, but the prototype shows promise and further progress does not appear to be far.