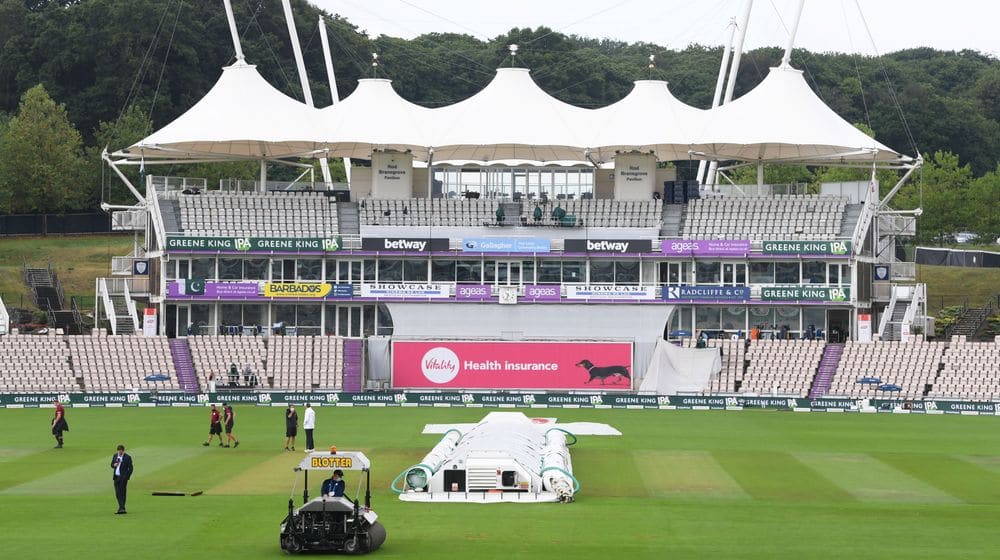 The second Test match between Pakistan and England came to an obvious result at the end of Day 5 with both teams agreeing to walk off the field because a result wasn’t possible. It was one of the shortest Tests ever in terms of overs bowled as only 134.3 overs were bowled in the rain-dominated match.

Pakistan had limped to a challenging total of 236 in the first innings thanks to the efforts of Mohammad Rizwan who scored 72. Most of his runs came while batting alongside the tail which was the reason he was picked as the man of the match.

Its Not a Test Championship Without Pak-Ind Matches: Waqar Younis

England declared at 110/4 in the final session when both captains agreed to end the match. Zak Crawley was the most successful English batsman, scoring a fifty while Mohammad Abbas picked two wickets for 28 runs.

As a result of the draw, both teams got 13 points on the World Test Championship points table and here’s how it looks now:

Pakistan is currently at the 5th place with 153 points while England have closed in on Australia (296) with 279 points.