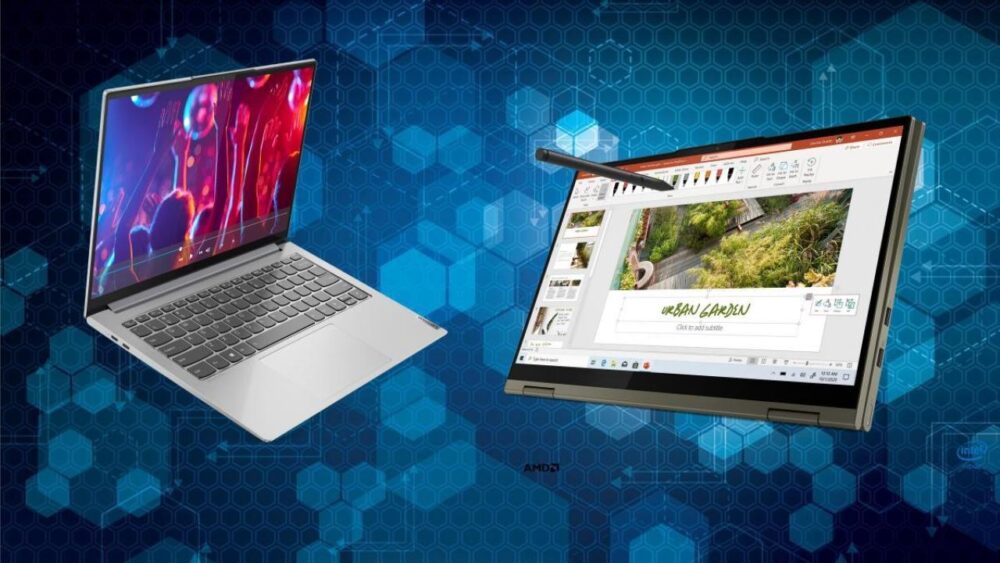 The base model of the series, the Yoga 6, is a 2-in-1 convertible laptop with a 13.3-inch touchscreen and FHD resolution. One of its unique aesthetic elements is the hybrid design that consists of metal and soft-touch materials with textured blue fabric on the sides.

It has a backlit keyboard, Dolby Atmos SW speakers, a fingerprint reader, and an optional digital pen.

Buyers can choose between the Ryzen 5 4500U and Ryzen 7 4700U processors integrated with Vega GPUs. The memory configuration on these laptops can go up to 16 GB of DDR4 RAM 1 TB NVMe SSDs. Its 60 Wh battery, is touted to last up to 18 hours.

The new Lenovo Yoga 6 will be available in October for $699. The Yoga 7i is also a 2-in-1 laptop, but it comes in 14 and 15.6-inch display sizes. According to Lenovo it will be powered by Intel’s latest CPUs, presumably the upcoming Tiger Lake generation. Intel claims that the new Tiger Lake series will provide much better speeds and will draw less power thanks to its new 10nm SuperFin design, but considering Intel’s track record, it might be just another minor iteration. This will be paired with Intel XE integrated graphics.

Lenovo claims 13 and 16 hours of battery life on the 15-inch and 14-inch models respectively. It will be available in November starting at $799. There are not many details available for the rest of the laptops, but the Yoga Slim 7i and Slim 7i Pro mostly feature the same specifications as the rest. They come in 13″ and 14″ sizes and are powered by AMD processors.