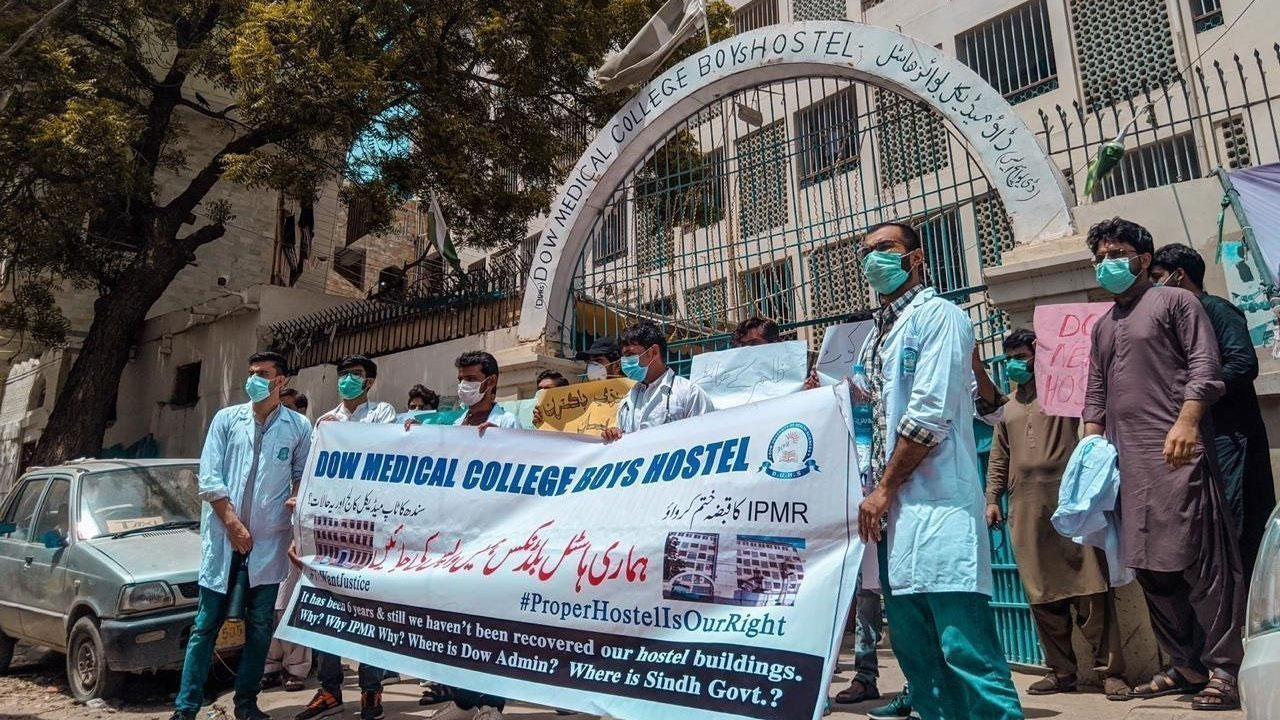 Students of Dow Medical College (DMC) are protesting outside the Karachi Press Club against the university administration for vacating hostel building.

Students told reporters that the varsity has forced them to leave the hostel building without any notice, saying that the building will be used for a new department.

A new department is being established in the hostel building. Take your belongings and vacate the building immediately.

Didar Nanjiani, one of the students from Thar, told reporters that he and his other fellows hail from remote areas of Sindh and Balochistan. They can’t afford a residence in a cosmopolitan like Karachi.

We pleaded the administration not to throw us out for we are poor students from villages, and have come to Karachi to live our dreams.

The students should either protest or move to court against the government’s decision.

GIKI (Ghulam Ishaq Khan Institute) Admissions: Everything You Need to Know Before Applying

Another student, Shakeel Baloch from Balochistan, said that he was resented to see that one of the best medical colleges of the country does not have any place for impoverished students from remote areas. Shakeel said that he and many other students like him had come to DMC with a dream of receiving higher education. But, the administration has deprived us of the boarding facility.