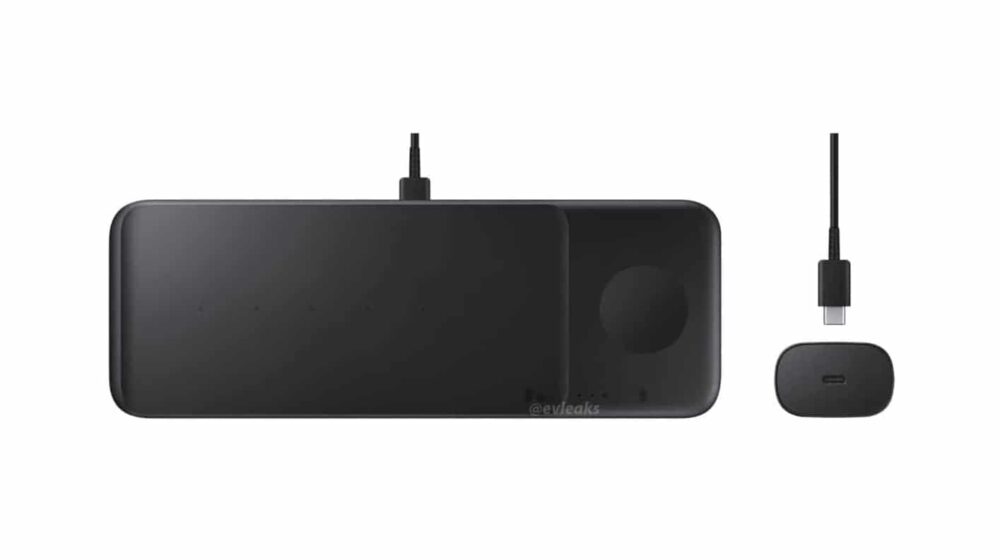 Last year, Apple cancelled its AirPower wireless charging mat as it was not meeting the company’s “high standards”, and it was nearly impossible to manage its thermals. This year there have been rumours that the wireless charger may come back in the future, but newer reports show that Samsung is working on the exact same thing.

The new Samsung wireless charger will be able to charge multiple devices at the same time similar to the Apple AirPower concept. A render for this charger was shared online by notable tipster Evan Blass. The Samsung Wireless Charger Trio will be a successor to the Duo launched in 2018, and as the name suggests, it will charge three devices at the same time. It comes with a USB C port and it will likely ship with a fast-charging cable and a USB C power adapter. Just like its predecessor, it will probably feature the Qi wireless charging standard and 15W charging.

The image shared by Evan Blass only includes a black variant but Samsung might add a white model in the future as well.

Since renders for the wireless charger have appeared, it is an indication that Samsung is ready to unveil the device soon. The Galaxy Z Fold 2 is due for launch tomorrow and the company could announce the Wireless Charger Trio at the same time.