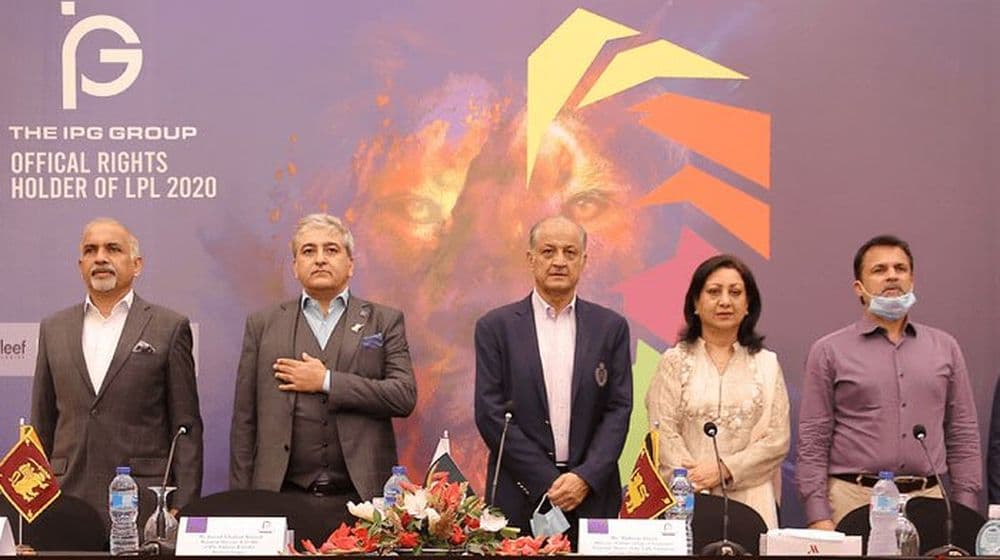 Nadeem Omer officially confirmed the news in a ceremony held in Karachi on Wednesday, adding that Galle Gladiators will be Pakistan’s ambassador in the league that will be held from 14th November to 6th December in Sri Lanka.

Star all-rounder, Shahid Afridi, has also signed up as an icon player for Galle Gladiators.

Proud to be the icon player for Galle Gladiators. I want to thank Nadeem Omar bhai and also congratulate him for being the first franchise owner from Pakistan in the #LPL. I’ll be seeing you all in 🇱🇰#GalleGladiators #SriLankaCricket #IPGGroup #RoaringToGo #LankaPremierLeague

Sri Lanka Cricket has already confirmed the availability of a number of top international stars for the tournament that will be played across three venues in the island nation. In addition to Galle, 4 other teams named after the cities of Colombo, Kandy, Dambulla, and Jaffna will participate in the league.

A total of 23 matches will be played in the event. It is pertinent to mention that SLC had earlier announced the launch of a new cricket league with tentative dates of 28th August to 20th September. The event was later postponed for unknown reasons, however, the IPL and the COVID-19 pandemic are thought to be the reason behind the delay.

Player drafts and registrations are yet to be announced by the SLC and it remains to be seen which high-profile cricketers are available for the league.