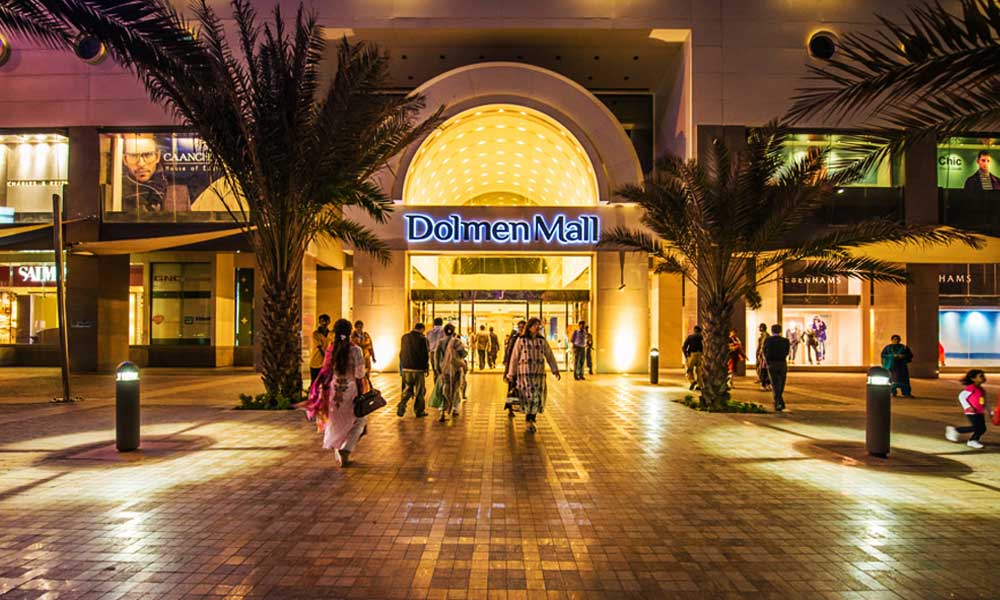 In order to provide relief to businesses affected by the pandemic, the management of Dolmen Mall Clifton has announced a reduced minimum license fee for restaurants and fast-food chains operating in the food courts and outskirts of the shopping center and executive center.

Dozens of food outlets of global and local chains are doing business in Dolmen Mall however the footfall of their customers has declined significantly due to COVID-19 and precautionary measures by the food lovers.

In the recent stock filing, Dolmen City REIT—a parent company which is listed at PSX, announced its decision to give relief to food chains and retail outlets. The notification did not provide the information of the relief being given on the account of the license fee to restaurants and food outlets.

The retail business has been directly affected in March due to the lockdown as reflected in the performance of Dolmen City during this quarter. As a result, Dolmen City has observed partial closure of mall operations with the exception of its anchor tenant Carrefour, Health Mart, and banks.

Retail Stores To Get 15% Waivers For September’s Rent

The board of directors has decided to give a 15 percent waiver in rental fee to stores for September.

In order to provide support and essential cash flow relief for the tenants, the Sub-Committee of the Board of Dolmen City REIT, after obtaining recommendations from the Property Manager and the REIT Management Company, deliberated on the strategy going forward and has decided to waive 15% rentals of the tenants, having retail outlets in “Dolmen Mall Clifton” for the month of September 2020.

In view of the decline in the COVID-19 cases, though the disease is still prevalent and likely to increase if adequate precautions aren’t taken, the businesses have been allowed to open subject to a strict following of precautions to lessen the economic burden on the population, the statement said.

The discount will not apply to tenants who are providing essential services such as supermarkets and banks, and food outlets. The statement added:

Further, we will continue to engage with the tenants and monitor the situation closely. We are cognizant of the need to fully support the efforts of Sindh and Federal Governments to contain the ‘spread of this pandemic and stand with the nation in this unfortunate and difficult time.

The management of Dolmen City REIT continued to provide relief to the retail outlets and stores since the month of May. It waived up to 100 percent rental fee of the selected stores and outlets operating in Dolmen City Mall and Harbour Front.

The profit of the real estate company has dropped slightly to Rs. 4.86 billion during the nine-month of the financial year 2019-20 as compared to a profit of Rs. 5.12 billion reported in the same period last financial year.

Recently, some brands such as Hoagies, Habbit, and Chattar Pattar have exited the tenancy pool of the mall while Chinese Ginsoy Live and Canadian food chain Vanellis have entered.