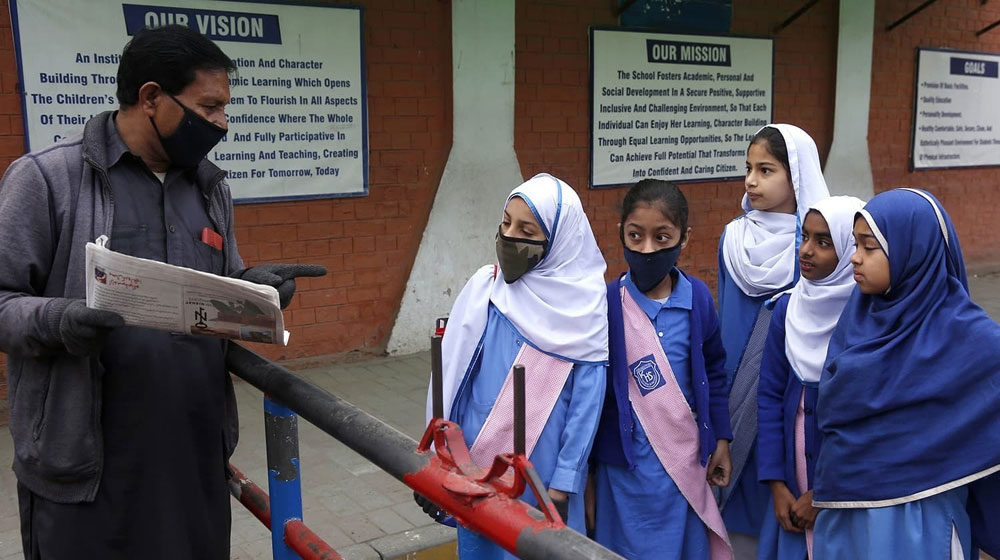 The Punjab government has decided to conduct random coronavirus tests of teachers and students at educational institutes across the province.

The Primary and Secondary Health Department Secretary, Captain (R) Mohammad Usman, announced this while chairing a meeting of the heads of all government laboratories.

He said that at least 5,000 samples will be taken daily and 70,000 fortnightly. More tests will be conducted from 986 schools and colleges situated in the hotspot areas, he said.

The official noted that the random sampling drive is in line with the directives of the National Command and Operation Center (NCOC).

Captain Usman maintained that an awareness campaign will be run at high-risk schools, colleges, and universities, adding that the education department’s teams will also be trained on how to collect samples for the Polymerase Chain Reaction (PCR) test.

On Monday, the federal government announced a phased reopening of educational institutes from September 15 following a significant improvement in the pandemic situation across the country. In the first phase, students above 9th grade will resume formal education.

The government will assess the situation every week before allowing junior schools to reopen, Federal Education Minister, Shafqat Mahmood, said in a press conference.

Mahmood has directed all public and private schools and colleges to make sure that COVID-19 standard operating procedures (SOPs) are implemented. Any school found in violation will face strict action, he added.