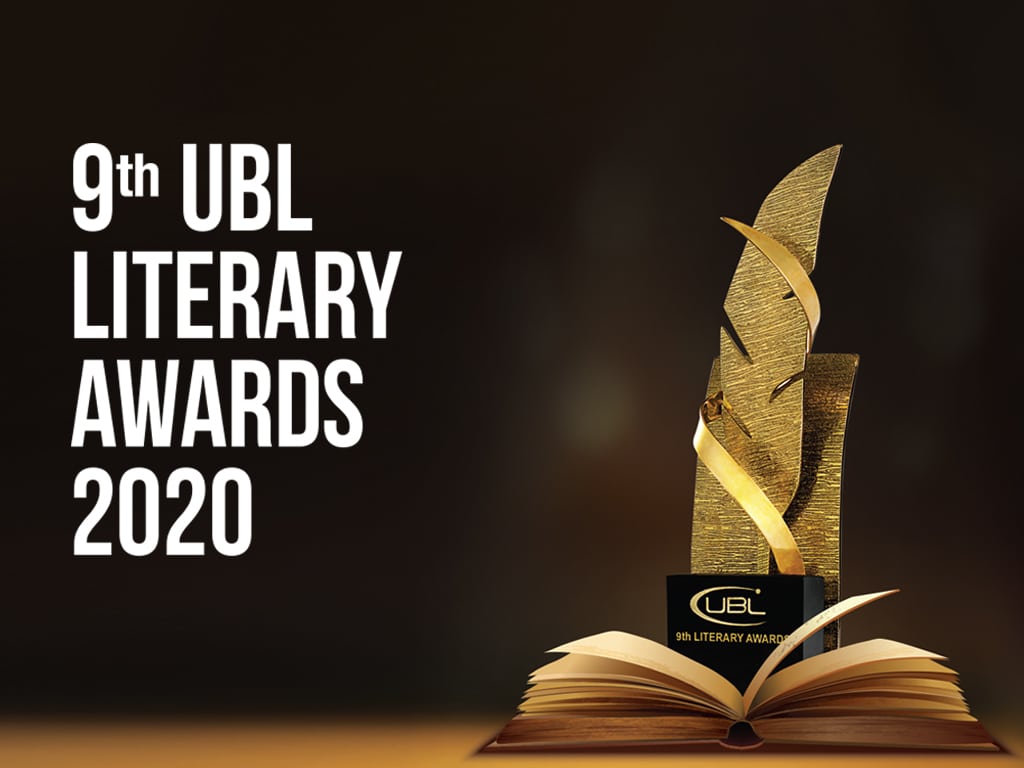 UBL has always strived to consolidate itself as a conscientious and respected corporate citizen. The bank recognizes its obligation to continuously improve its processes, systems, products, and services to create value for the communities it operates in.

Through a transparent and prudent Sustainability agenda, UBL aims to encourage a positive impact via projects aimed towards the betterment of the environment, consumers, employees, communities, and all its stakeholders.

The UBL Literary Awards have been a cornerstone of one of the Bank’s initiatives of giving back to society by supporting the cause of literature. The UBL Literary Awards’ platform, pioneered by UBL and unique to any institution in Pakistan recognizes emerging talent in different categories and the nascent love of books in the country.

The ‘UBL Literary Excellence Award’ was introduced by the bank in 1967 as a commitment to elevating the literary standards of the country. Discontinued after the Bank’s nationalization in the mid-1970s, this award was re-instituted at the bank’s Golden Jubilee Year in 2009.

This revival was a clear indicator of UBL’s progressive sustainability agenda towards providing the much-needed impetus to Pakistani writers and encouraging the publication of books in Pakistan.

The reincarnated UBL Literary Awards were held in Karachi in 2010. With each successive ceremony, these awards have become a benchmark of literary success and are much appreciated by literary circles and the general public.

The event is now well-recognized as UBL’s contribution, in supporting and promoting literary activities in Pakistan. UBL is now a recognized corporate patron of literature in the country.

Transparency is the key

Literature has been a cause that UBL has been supporting for years and it stems from UBL’s Sustainability agenda of supporting education and literacy amongst the population of Pakistan. By promoting indigenous talent, UBL is raising the standards of literacy as well as literary pursuits in the country.

Commitment to the cause

The winners of the 9th UBL Literary Awards 2020 were announced by UBL on their social media platforms on Tuesday, September 8, 2020. Celebrating the literary efforts of Pakistani writers from both within and outside Pakistan, UBL announced the winners of these awards for the ninth year running.

Despite the extraordinary conditions across the globe due to the Covid-19 pandemic, enthusiastic participation was witnessed after the call for entries announcement for the awards was released earlier in 2020.

The books, which were written by Pakistani authors and published both within and outside Pakistan from July 1, 2018, to December 31, 2019, were shortlisted by an esteemed panel of judges which included the likes of Dr. Asghar Nadeem Syed, Mr. Ghazi Salahuddin, Dr. Arfa Syeda, Ms. Kishwar Naheed, Dr. Anwaar Ahmad, Mr. Masood Ashar, and Ms. Muneeza Shamsie.

Two new categories of Debut Book (both in English & Urdu), in addition to the existing eight, were awarded this time.

The winners of the 9th UBL Literary Awards 2020 are: 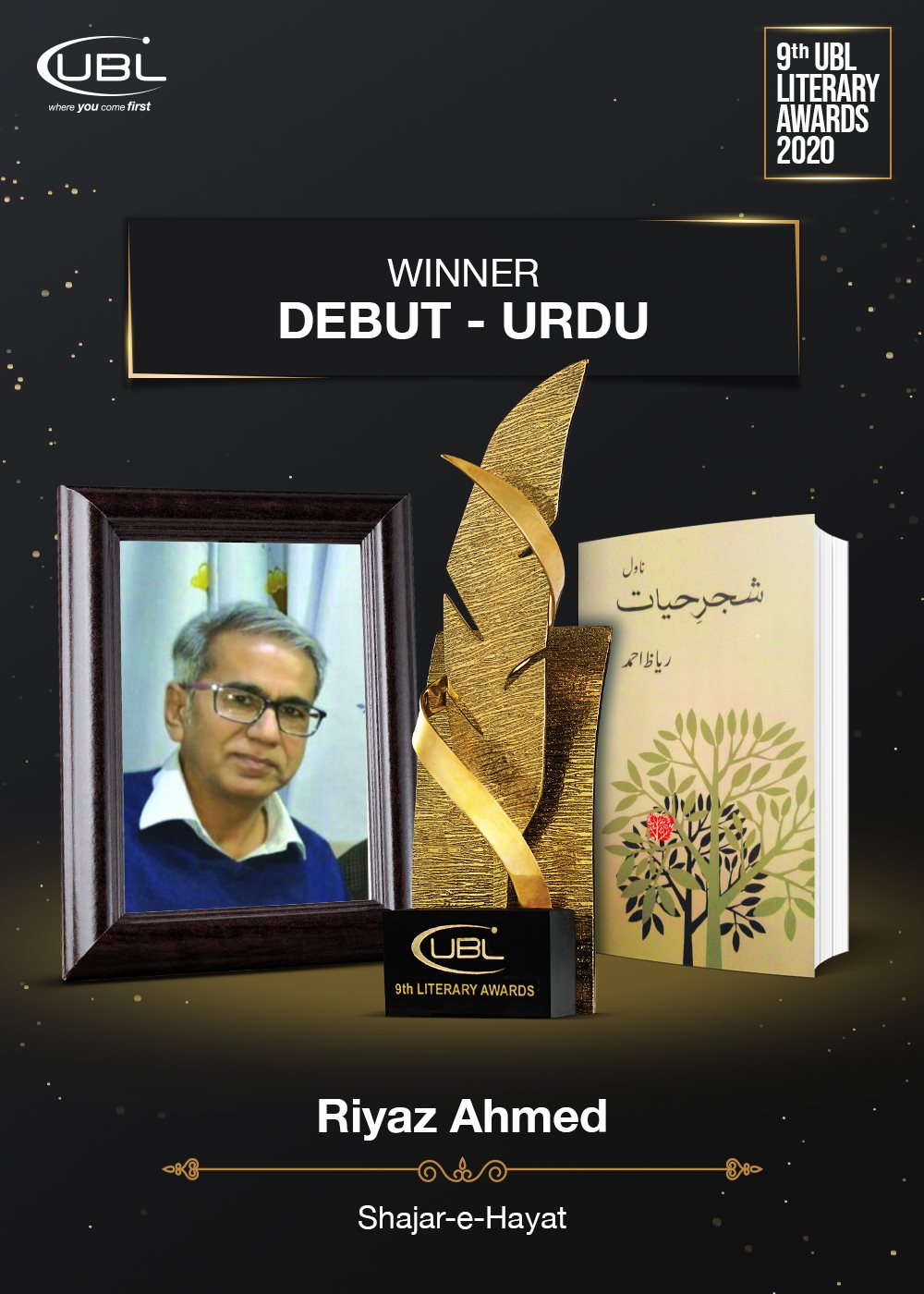 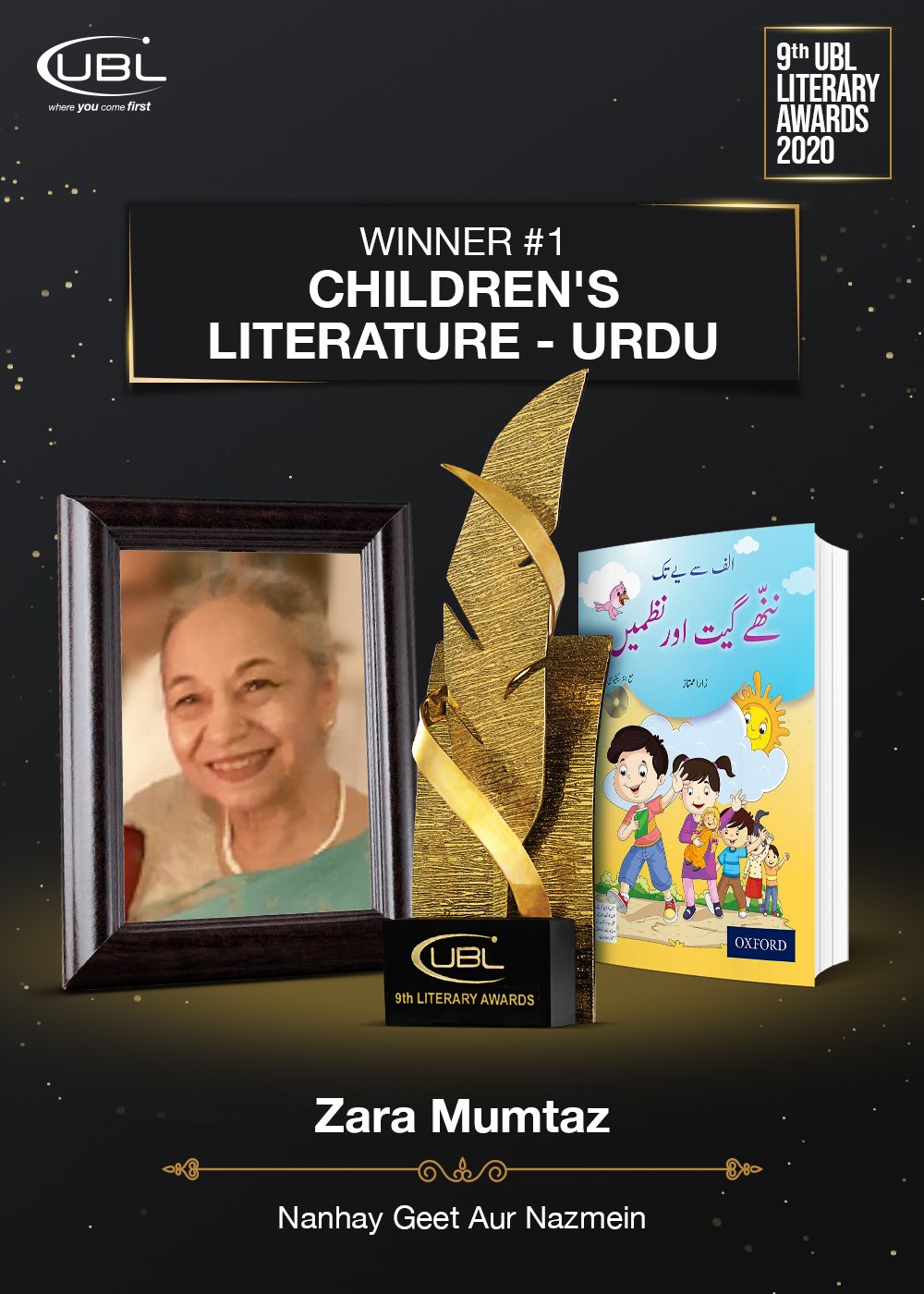 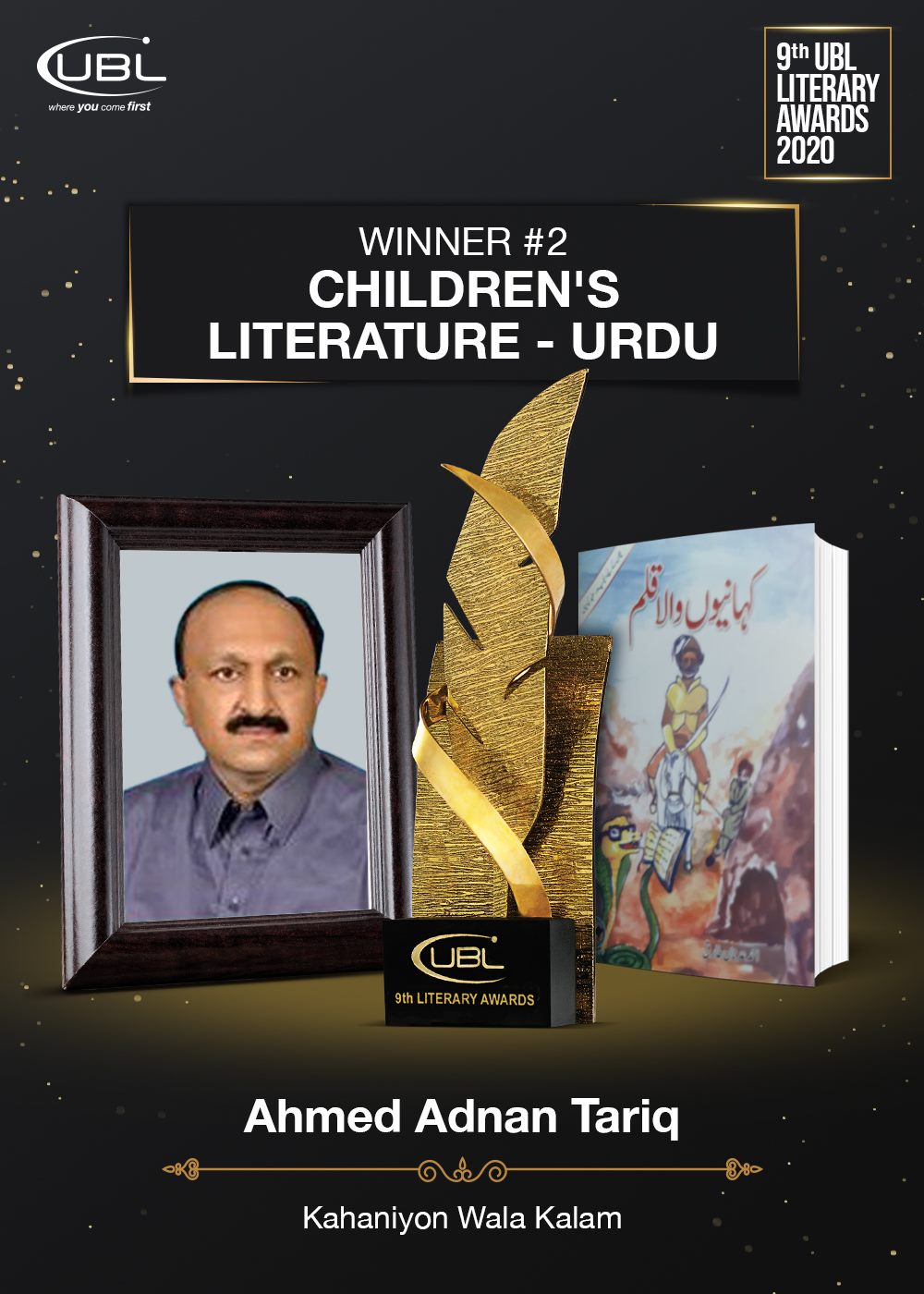 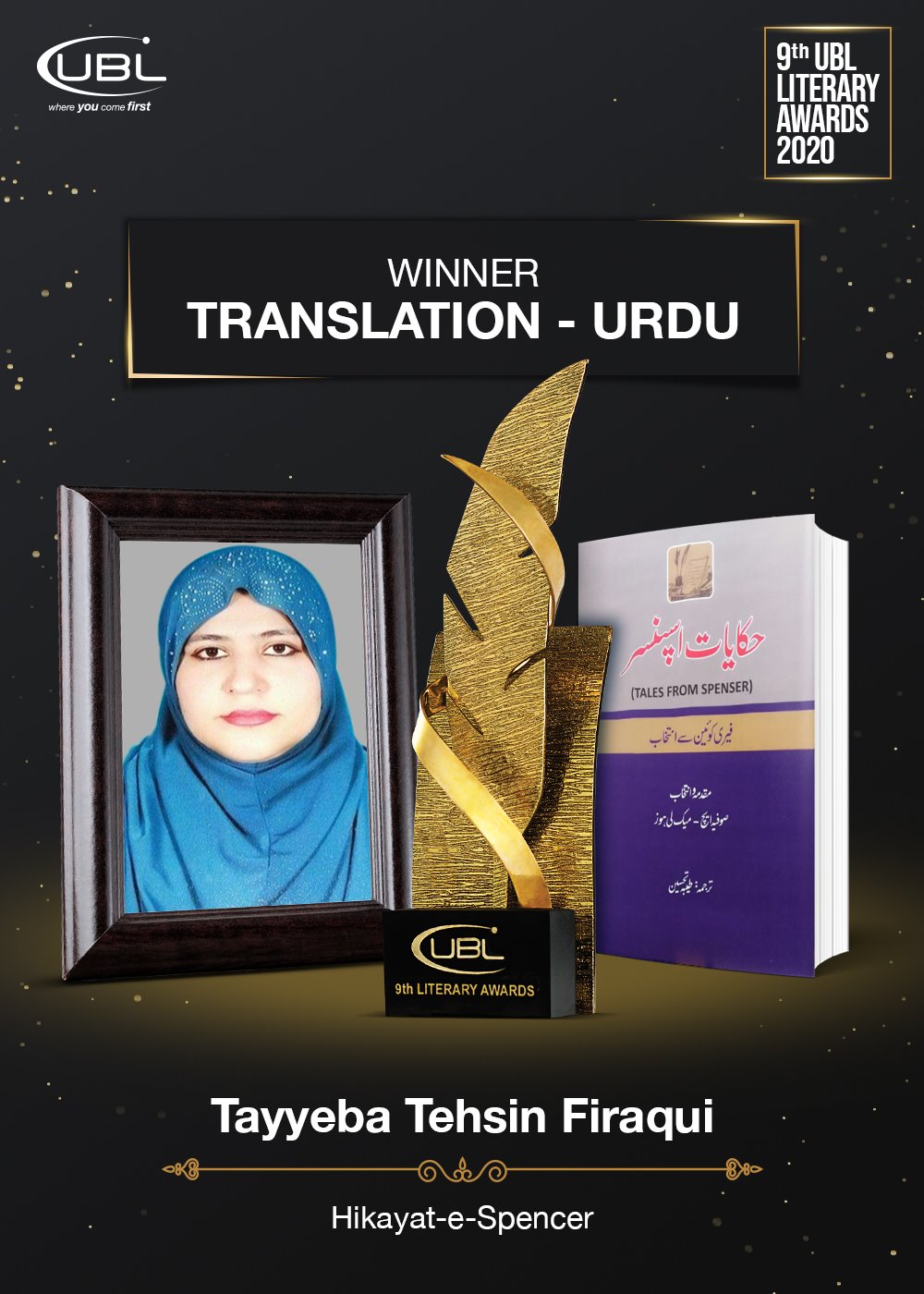 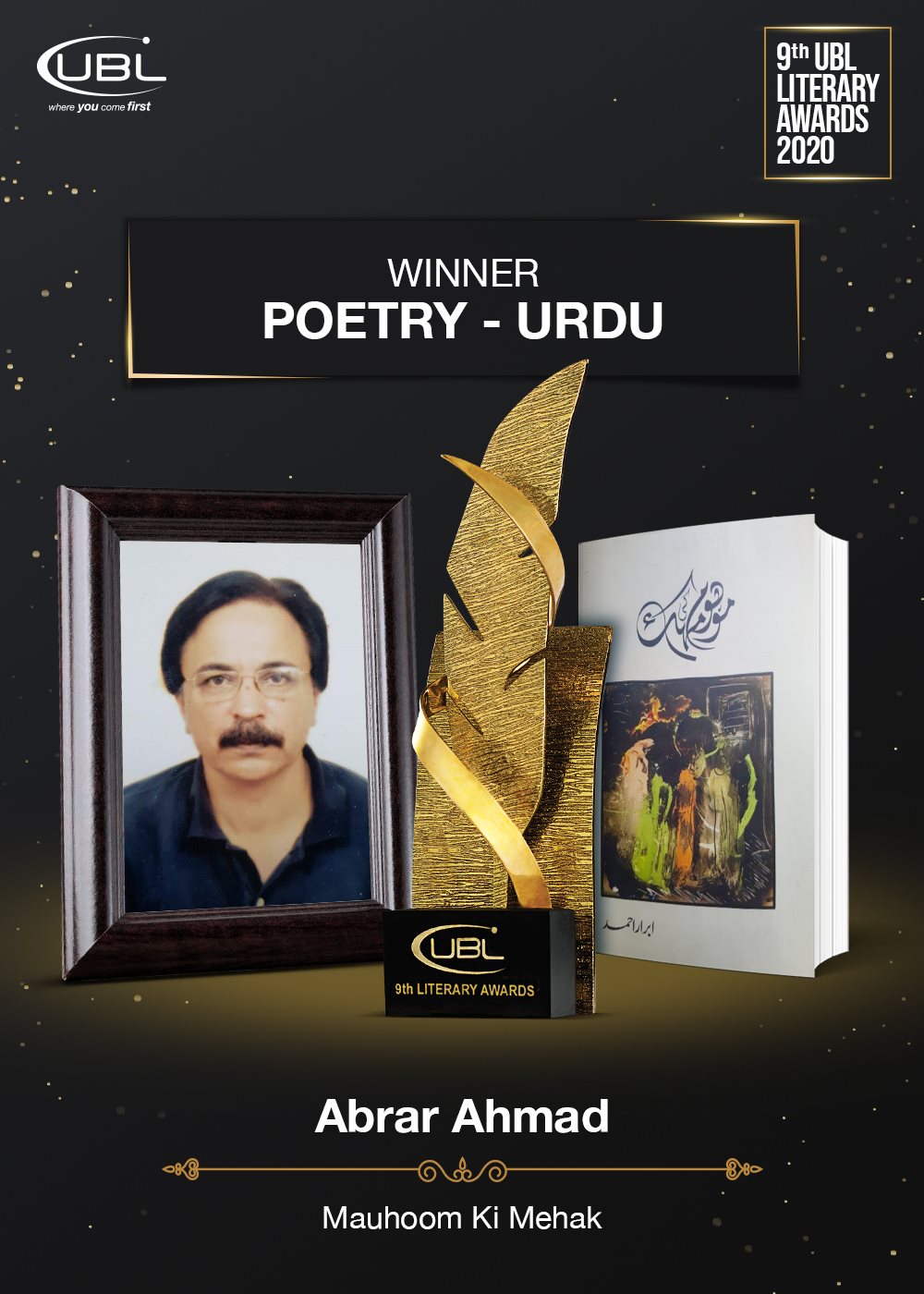 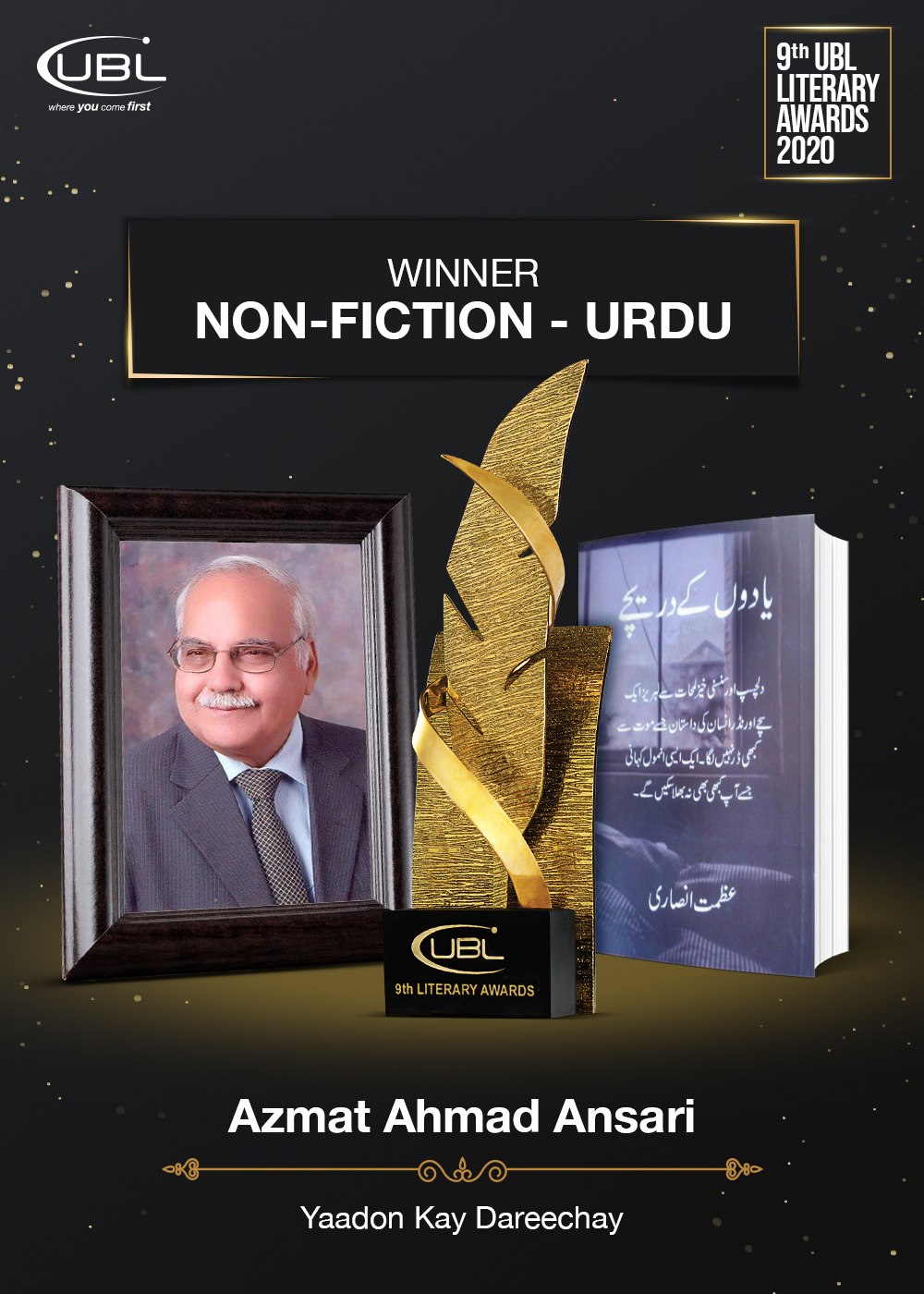 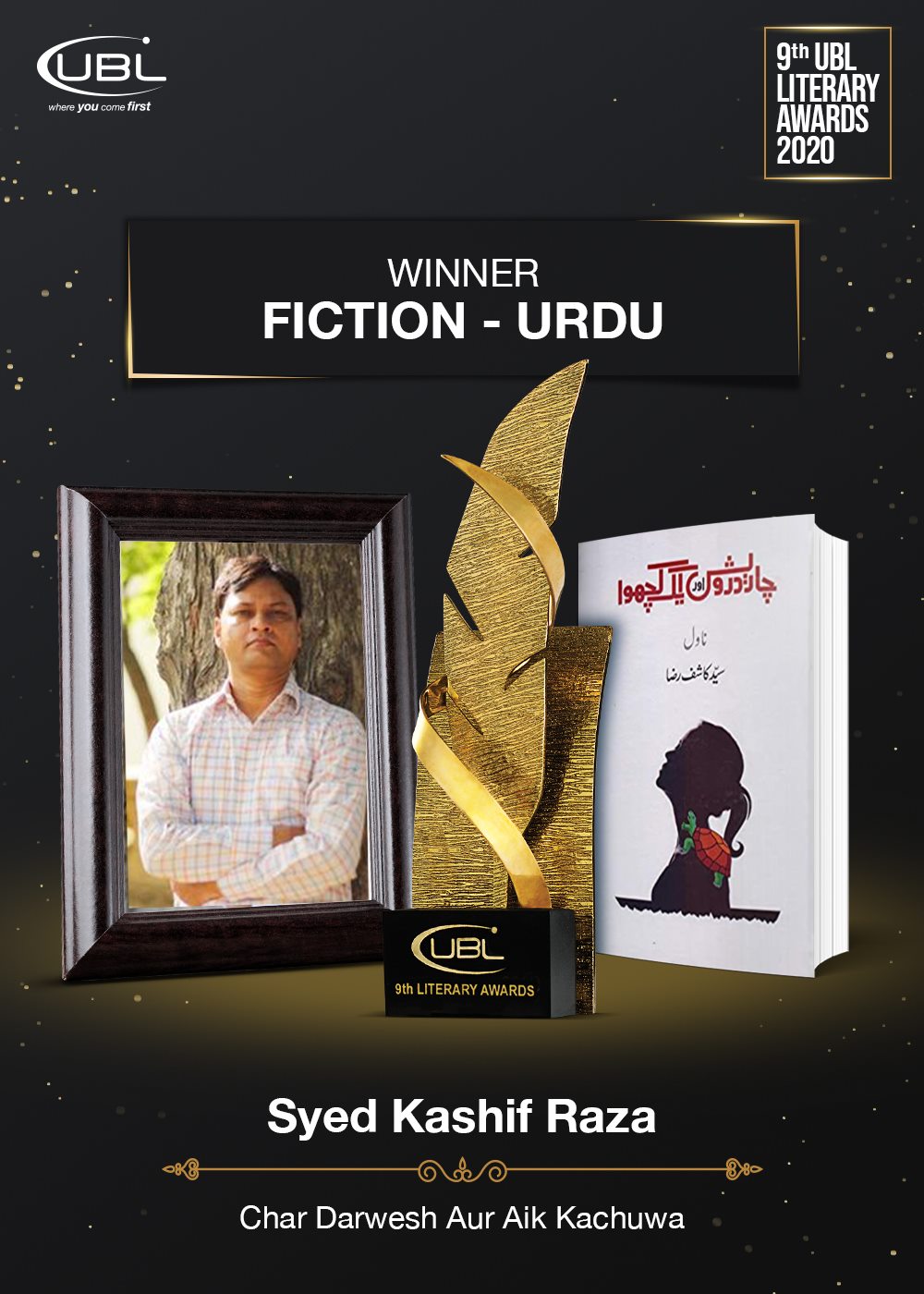 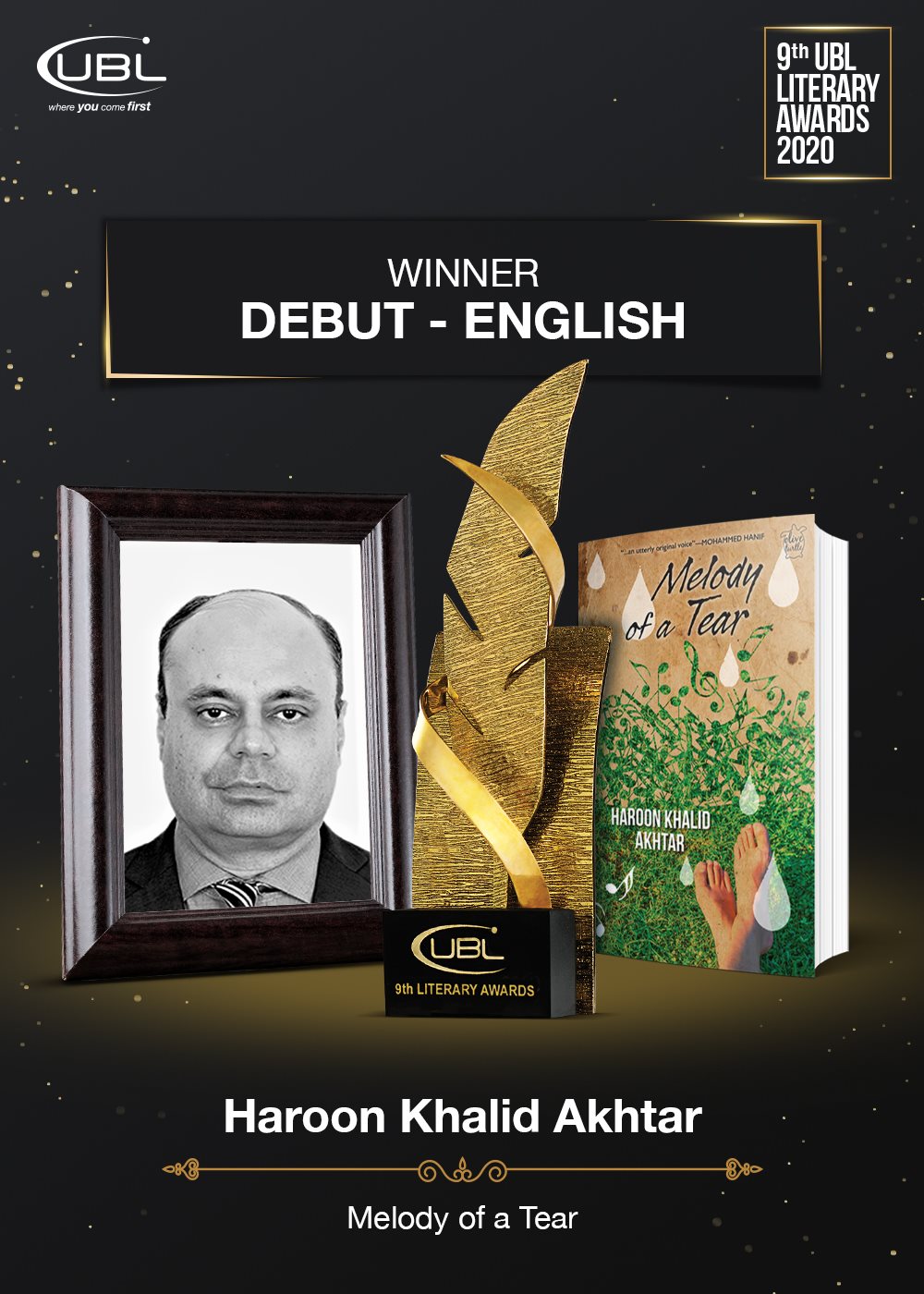 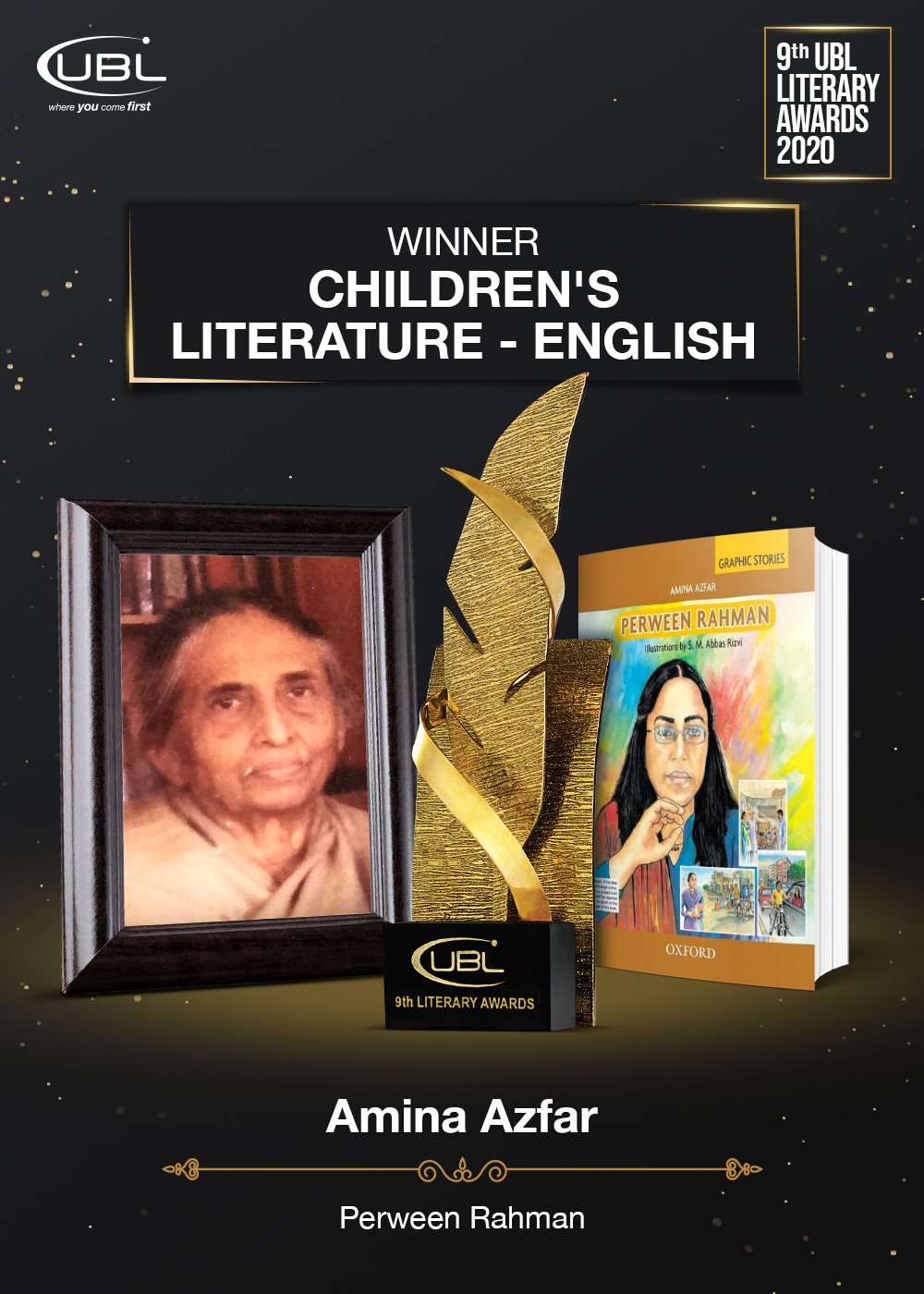 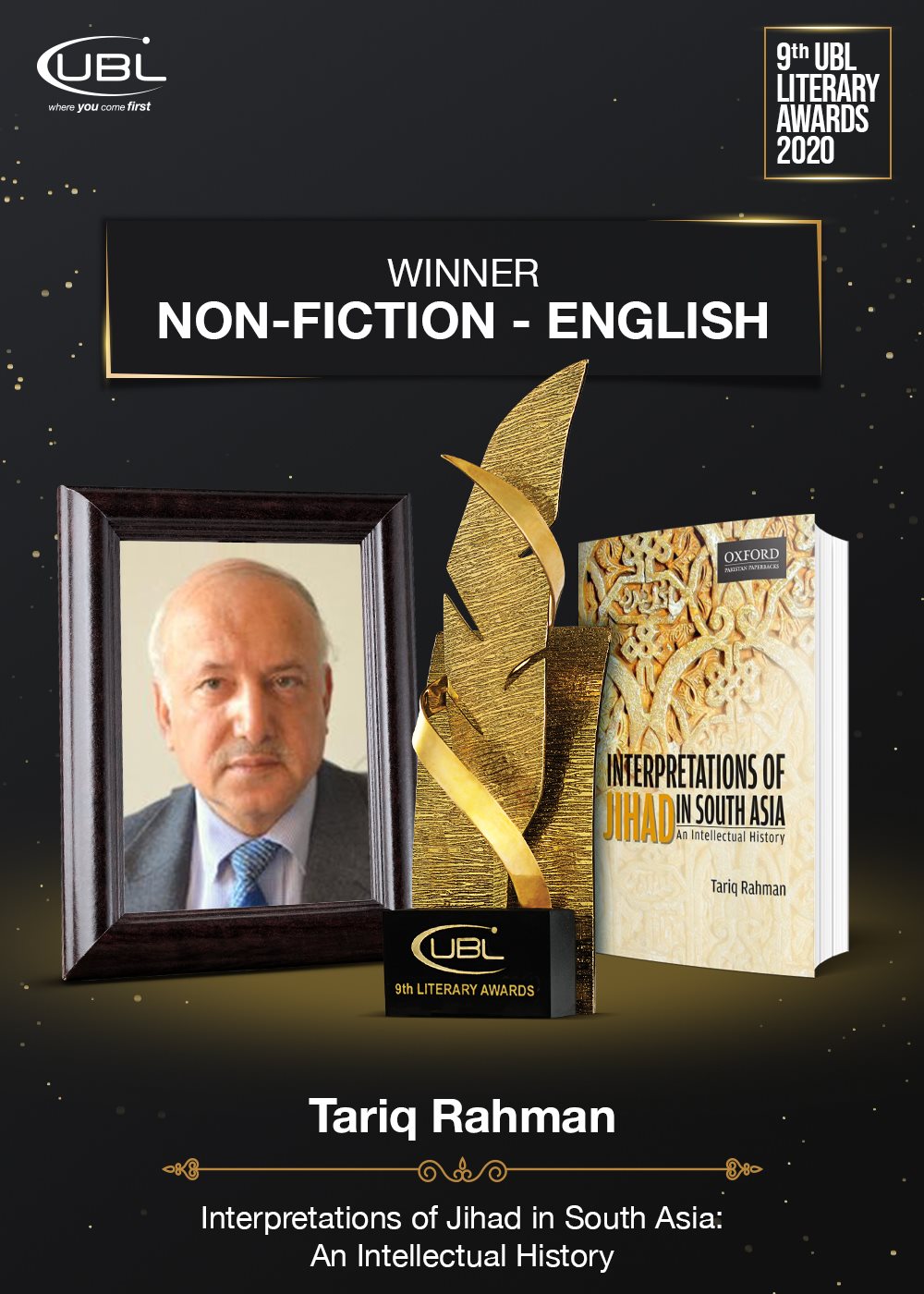 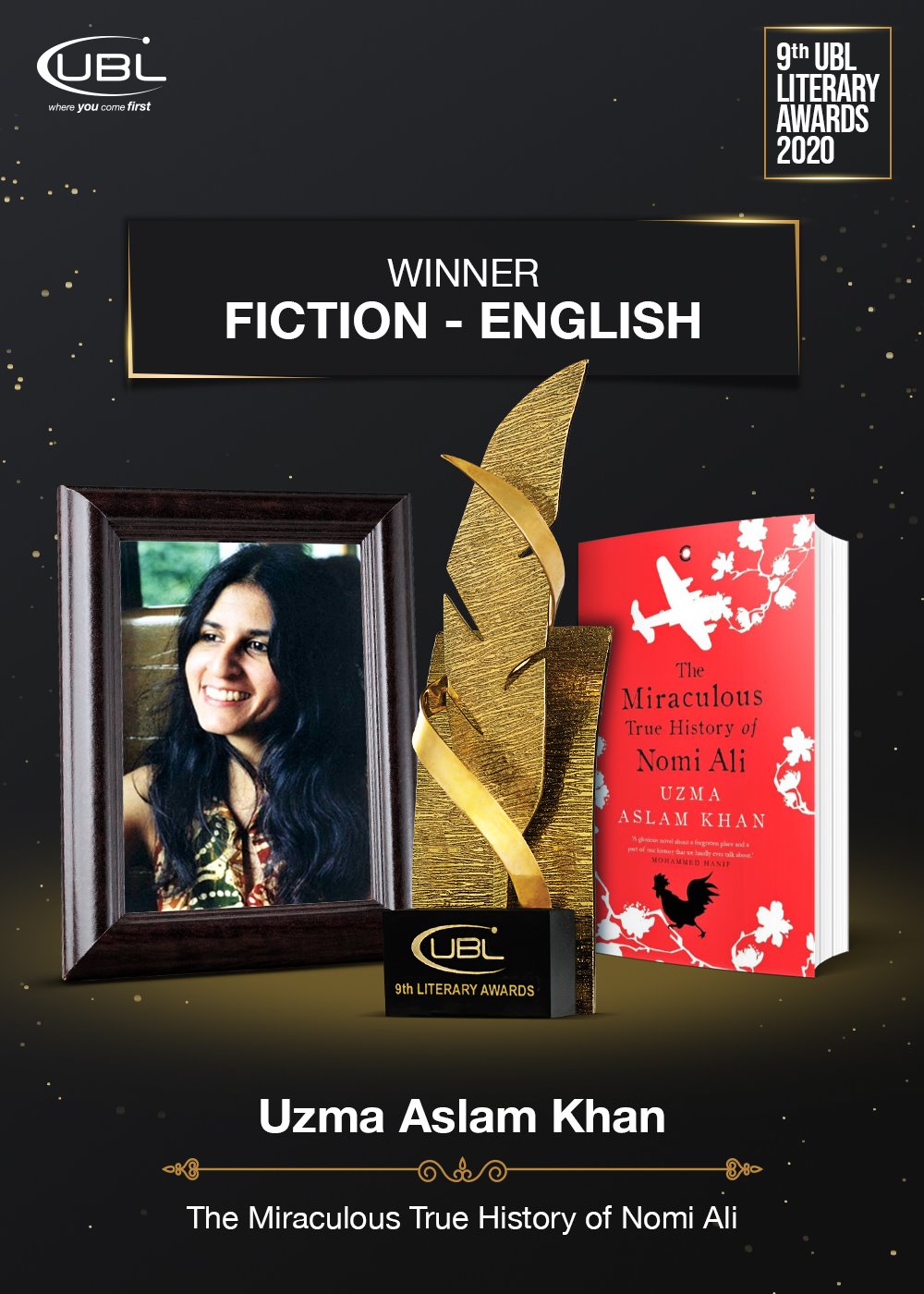 The Lifetime Achievement Award was presented to Dr. Asif Farrukhi (Late), renowned fiction-writer, critic and translator, and esteemed judge of the UBL Literary Awards for his contribution to Pakistan’s literary landscape and his extraordinary body of work.

A Rich Heritage – A Bright Future

Pakistan is blessed with an extraordinary, rich heritage of literature and art. Our nation is a glorious mix of cultures, languages, and ethnicities and there is no better proof of that than our literary pedigree. With such a legacy, UBL takes it up as a cause to support and motivate writers and artists to continue their contribution to the country’s literary wealth.

Indeed, as one of the oldest and largest financial institution in Pakistan, UBL has taken up the social responsibility to ensure that the literary momentum does not slacken and that future generations continue to benefit from and enjoy these literary treasures.

The Bank remains extremely confident of seeing the UBL Literary Awards further evolve in the years to come to become the premier recognition in the world of literature and art.