A couple of weeks ago, Hyundai revealed some photos of the all-new, fully redesigned 2021 Hyundai Tucson. But that series of photos were merely to serve the purpose of a teaser for what’s in store. Whereas yesterday, Hyundai revealed the crossover in the flesh, along with a few more details about the vehicle as well. 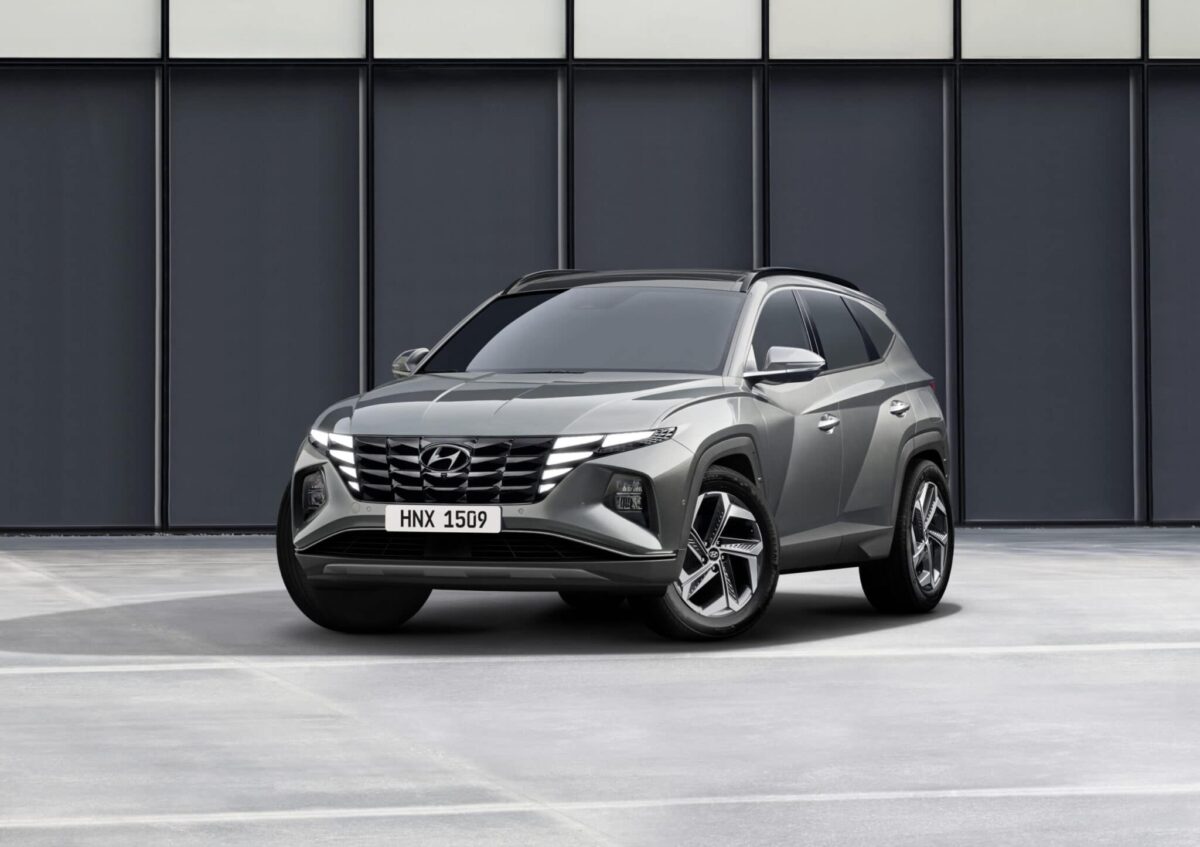 Let us have a look at what is new in the 2021 Hyundai Tucson.

The first and most obvious change that one notices, is the new design. The compact crossover SUV follows the same modern Hyundai design language that the automaker has lovingly dubbed “sensuous sportiness”, with sharp lines and an especially futuristic-looking front fascia, with the ‘Parametric Hidden Headlight’ that are integrated within the design of the front grille, which gives the car a tremendously unique and futuristic look. 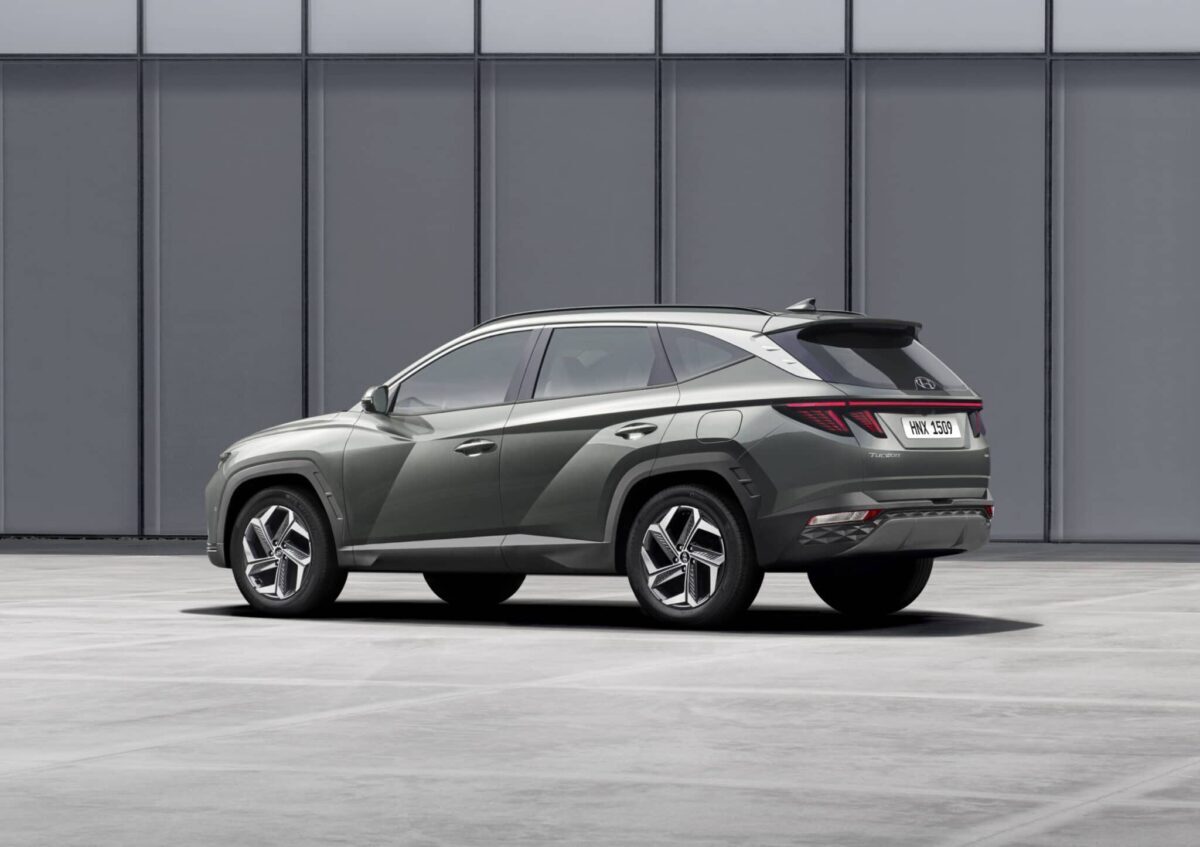 On the side, the vehicle has some sharp lines and creases that run across the entire length of the vehicle. The side profile is made a lot sportier with the swollen front and rear fenders, 17″, 18″, and 19″ alloy wheels, a black trim that runs across the entire bottom portion of the vehicle, and an all-black roof that is held up by black A, B and C pillars and is separated from the rest of the body color with by a chrome strip that goes from the A-pillar and to the tail-end of the vehicle. 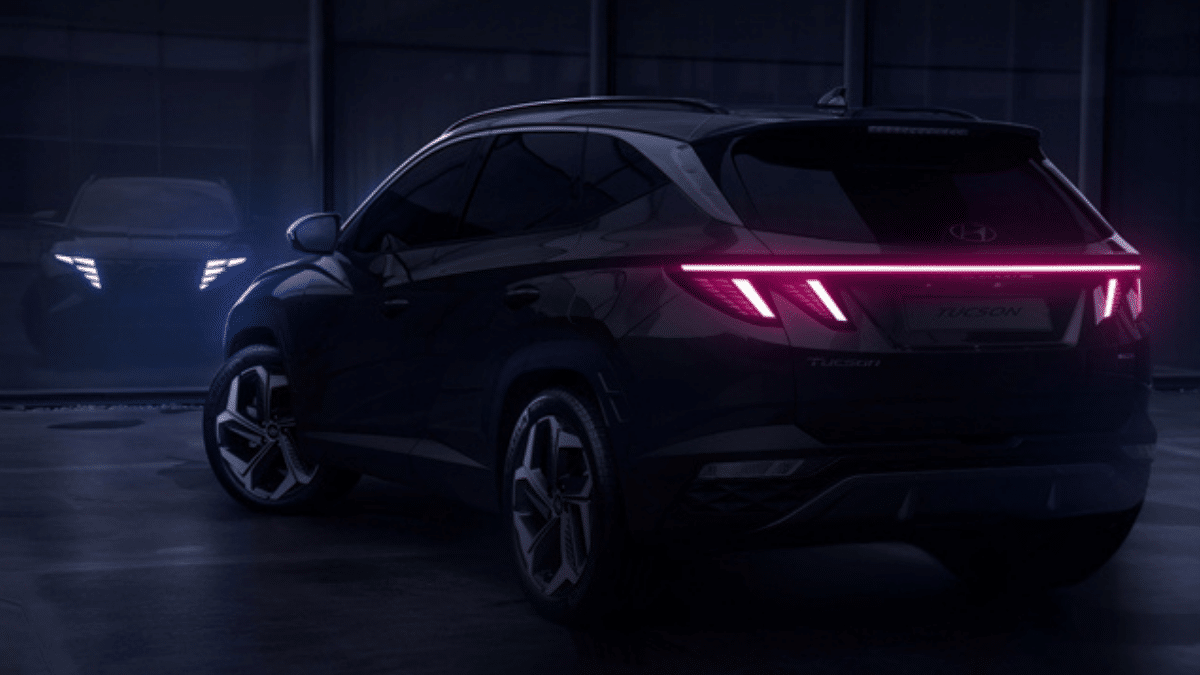 Then there’s the rear end of the vehicle, which features a futuristic set of taillights, that are like two fangs on each corner, connected together by a sleek LED bar that runs across the width of the vehicle. The rest of the rear is actually quite similar to the previous-gen Tucson, with a set of reverse lights, turn signals and fog lights at the bottom of the rear bumper, and a simplistic overall rear design with a shark-fin antenna on the top.

As a matter of fact, the overall profile of the vehicle has not been made to look too different. The design department has remained true to the round silhouette and the general dimensions that were also found in the older version, which is a wise move on Hyundai’s part as a lot of other automakers are trying hard to make their cars look like spacecraft, which usually results in the cars looking ugly.

With the fantastic interior designs adapted by the competitors, especially the Mazda CX-5 and the Peugeot 3008, Hyundai has also decided to significantly up their game. 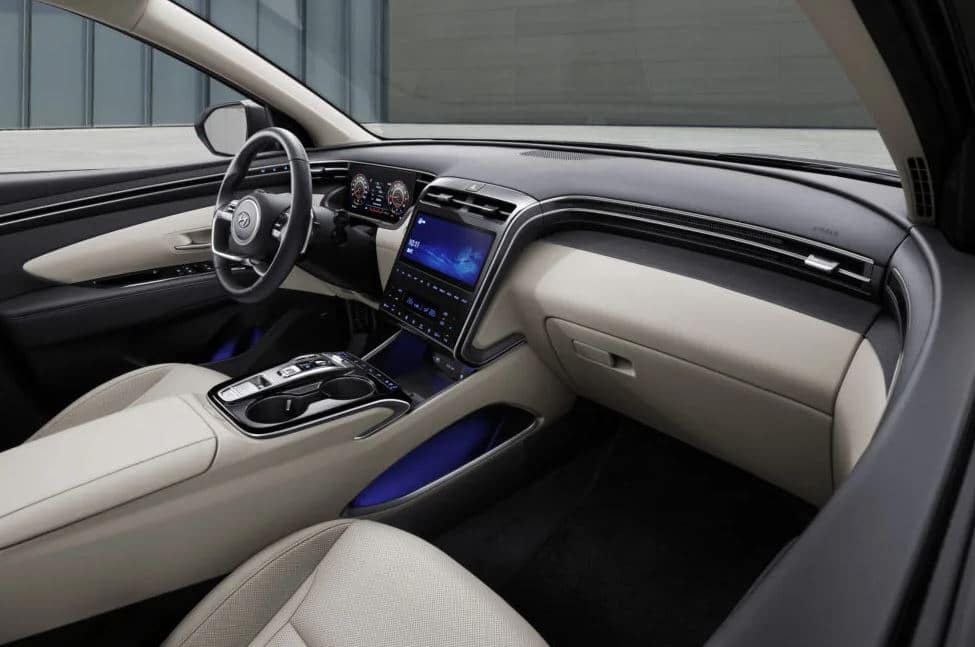 The interior, which Hyundai likes to call the ‘Interspace’ – perhaps a blend of ‘interface’ and ‘(interior) space’ – is made to look like a neatly organized room, as stated by a Hyundai representative. The interior is a blend of plentiful and comfortable space, with all the latest technology and other innovative features that provide significant comfort and confidence to the drivers.

The interior design is a wonderful amalgam of smooth and symmetric lines. Silver trim that goes around in one unbroken line around the entire cabin gives a premium look to the interior. The said line also joins the infotainment system and the A/C vents together to give the center control stack a neat look. 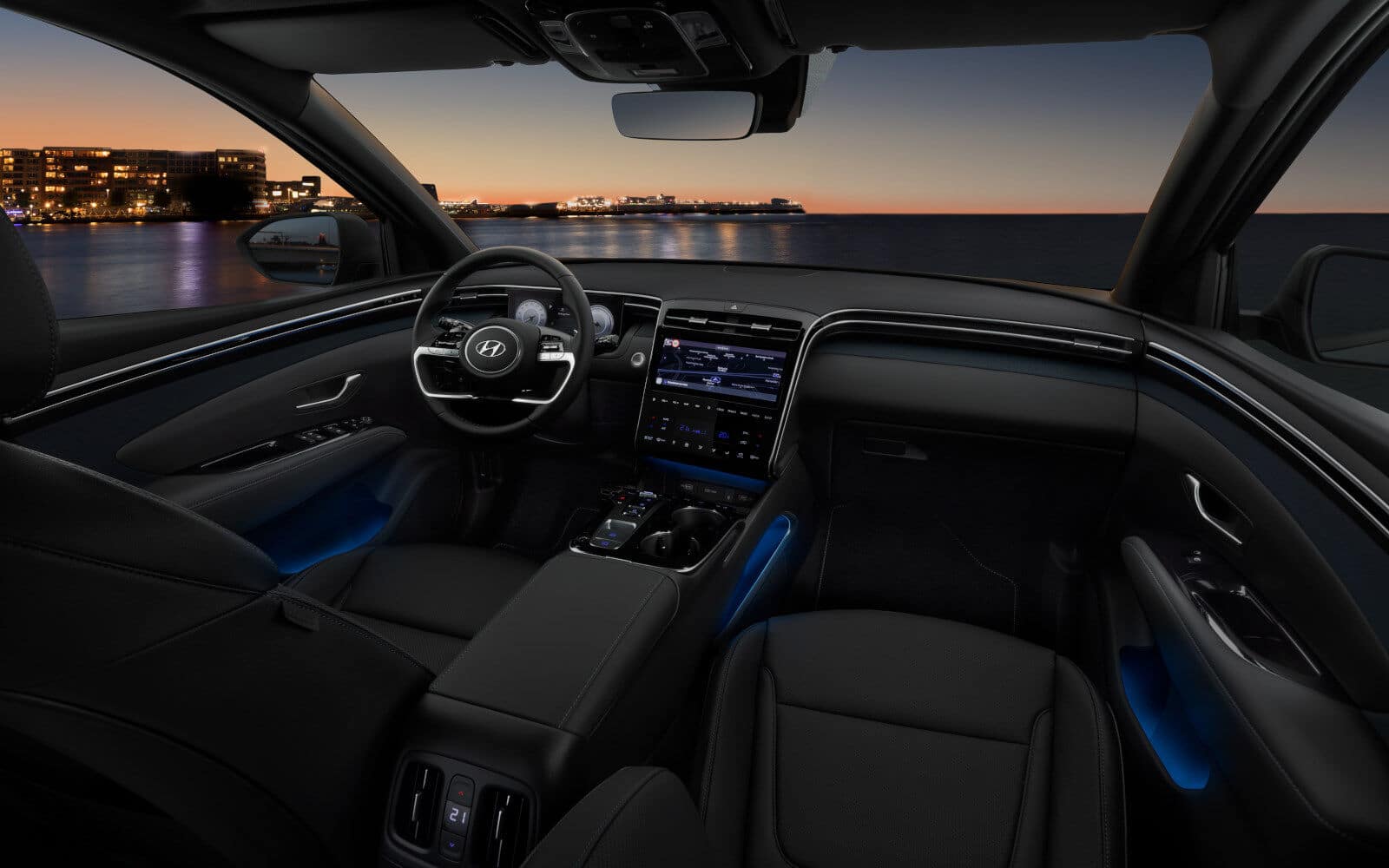 The vehicle features a modern 10.25″ screen that is placed on top of the center control stack, which features switches that control the sound system, in-car navigation, Bluetooth phone with Android Auto and Apple Carplay, tri-zone automatic climate control, and other interior features. The new 4 spoke steering wheel accompanied by an all-LED instrument cluster upfront truly gives the vehicle a modern feel.

Furthermore, the vehicle can now be had with some advanced features such as heated and ventilated front seats, wireless phone charger, 64-color ambient lighting, heated, slidable and reclinable rear seats, tri-zone climate control, soft-touch materials on the doors and the dash, among other convenience features.

With regards to safety, the vehicle has adaptive cruise control with Lane Following Assist, Lane Keep Assist, Highway Driving Assist, autonomous braking, 360-degree camera, blind-spot monitoring, and Hyundai’s smart Parking Feature, where you can park and unpark the car through you key-fob.

The new Tucson will be offered with a variety of drivetrains including a standard internal combustion engine, a mild-hybrid, a fully hybrid engine, and a plugin-hybrid drive-train.

The base version shall have a 2.4 liter naturally aspirated 4-cylinder petrol engine that makes 187 horsepower and 246 Newton/Meters of torque. The hybrid versions will be equipped with the 1.6 liter turbocharged 4-cylinder engine that would make 227 horsepower and 349 Newton/Meters of torque. The car would likely be offered with a 6-speed traditional automatic or an 8-speed DCT automatic gearbox. The vehicles will get an optional HTRAC All-Wheel-Drive system with terrain mode selection.

The reports also suggest that there will be an N-Line performance version of the vehicle as well. In this regard, Hyundai themselves have stated that the car has been designed for a better poise and performance on road, with increased body width, shorter overhangs, and better weight distribution, though the details are scarce about the drivetrain that the vehicle would get.

The price of the vehicle is still yet to be revealed officially. Though, given the fact that it is still a compact crossover SUV that is targeted to go up against the likes of the competitors Mazda CX-5 and the Peugeot 3008, it would likely be priced to compete with those vehicles. Plus, Hyundai is famous in the international market for setting a highly market competitive price, which implies that the new Tucson would also be priced to become a popular choice.