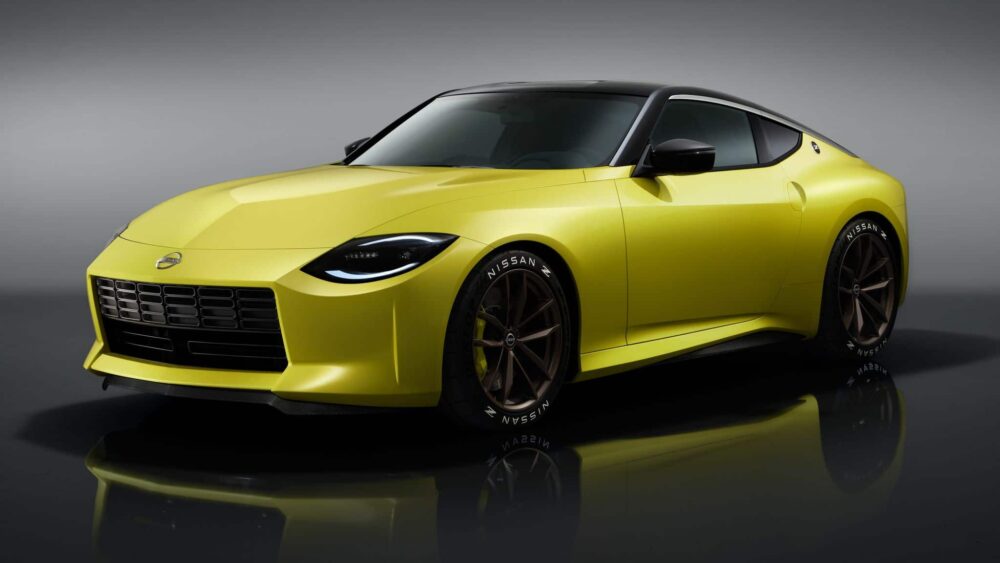 Sadly we live in a world now, where safety and convenience are so paramount that they often end up overwhelming the significance of the driving experience. There have been a lot of good things to come from that though, namely the driver aids such as adaptive cruise control, blindspot monitoring, lane departure warning, autonomous emergency braking etc. but there are a lot of bad things that have spoiled the driving experience, namely, muted engines, automatic gearboxes, over-assisted driving modes, non-communicative steering wheels, among other not-so-desirable elements.

Thankfully, automakers like Nissan are still around to keep the spirit of old-school motorsports alive, which they have proved by revealing the details of the brand new Nissan 400Z prototype. Nissan’s Z cars have always been about blending beauty with agile performance, without having to rely on any super complicated tech or architecture. Staying true to that formula, the new Z car pays perfect homage to all of its predecessors. 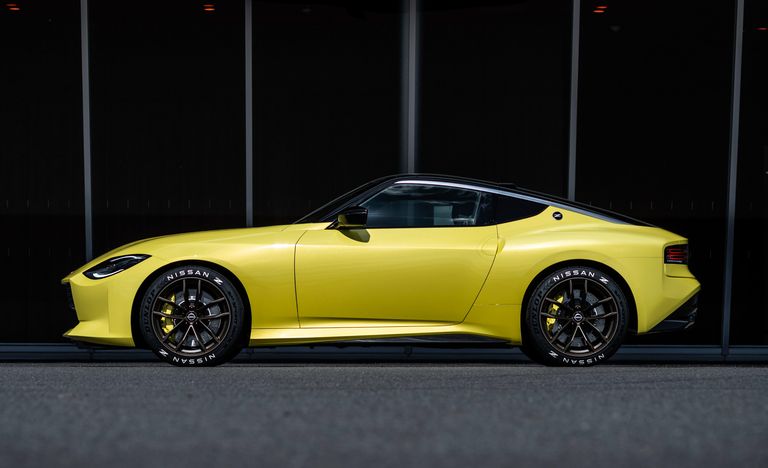 Nissan Z proto’s tribute to its forefathers is most evident by its retro design. The front fascia is completely fresh, giving the car its own new identity. Other than that, it has the same overall silhouette that it has had since the 350Z era. The dimensions of the car are reminiscent of the 240Z with the long nose, a short deck, and a rearward sloping roofline that flattens out at the tail end. 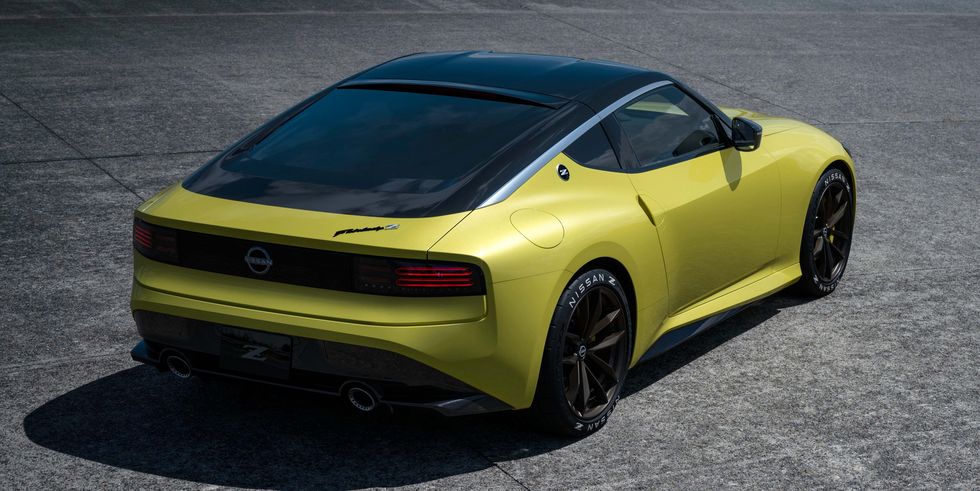 There’s a little tip of the hat to the 300ZX in the design element as well, with the vertical tail and the horizontal striped design of the taillights. Overall, in terms of looks, the car is thankfully as attractive looking as always.

Powering the beast from the east is a 3.0-liter twin-turbocharged V6 petrol engine that, according to the people at Nissan, should make around 400 horsepower and a little north of 470 newton/meters of torque.

And the best thing about the modern Z car is that it will be offered with a good-old, honest to motor-sporting goodness 6-speed manual gearbox. An option of a 7-speed torque-converter automatic shall be made available for the ‘masses’ as well.

Reports also suggest that a Nismo version would be offered further down the road, with even more power than the base version. 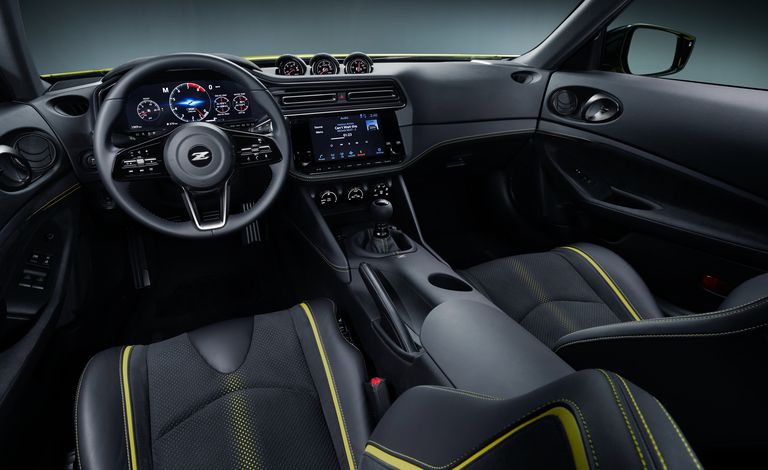 Details are yet to be revealed about the car’s tech and safety features, though Nissan has been kind enough to offer the world a glimpse into the rather handsome cockpit of the vehicle. Like a proper sportscar, there’s only seating for two in the cabin and the entire dash design is mostly driver-centric.

The 400Z, as per the reports, will be priced between $30,000 and $ 40,000. In the segment, the 400Z’s fiercest competitor is likely to be the Toyota Supra. However, if public opinion is to be accounted for, people would prefer the new Z car much more than the Toyota Supra, as the latter is “just a rebadged version of a BMW Z4” and the fact that it hasn’t got a manual gearbox.

A torque converter or a DCT is much better in terms of performance than a manual gearbox, yes. But the fact remains that these sports coupes are only intended to appeal to the enthusiasts. And for a true automotive enthusiast, a car that offers a more involving driving experience would be the obvious choice.