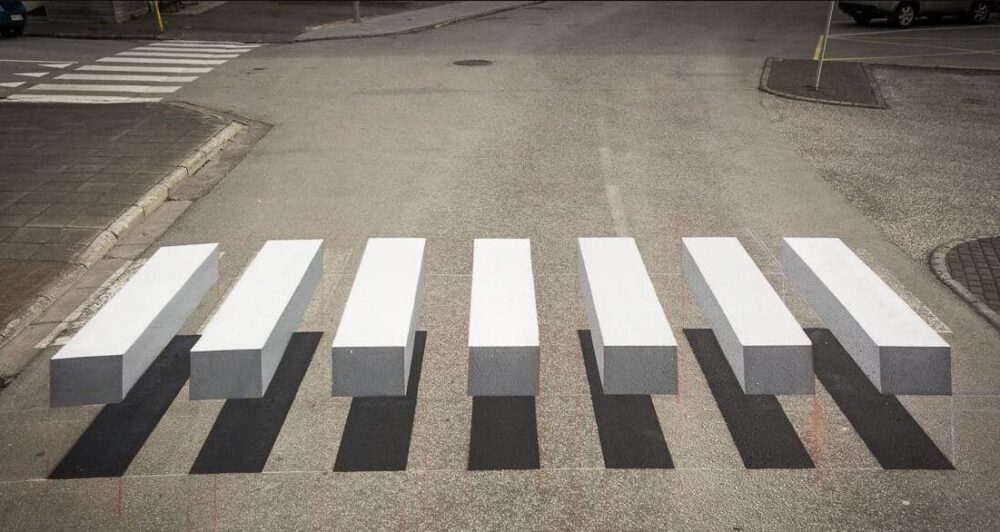 The commissioner also added that the latest 3D zebra crossing installation has been done by the Metropolitan Corporation as a part of the major plan to introduce multiple 3D zebra crossings on 20 different main avenues.

The purpose of this latest development, as per the commissioner, is not only to beautify the roads a bit but also to catch the attention of the motorists and the pedestrians and prompt both to use the zebra crossing properly. Ghuman highlighted that the 3D zebra crossing has been designed as per the international standards.

The 3D zebra crossings have been in use in various countries, namely, Thailand, UK, USA, China, Iceland, among others, and have reportedly been highly effective, as they do trigger the intrigue of the pedestrians and encourage caution among the drivers.

The rate of pedestrian fatalities has risen by an astronomical degree over the past couple of years, and the authorities are trying out new ways to encourage people to use the zebra crossing on a regular basis.