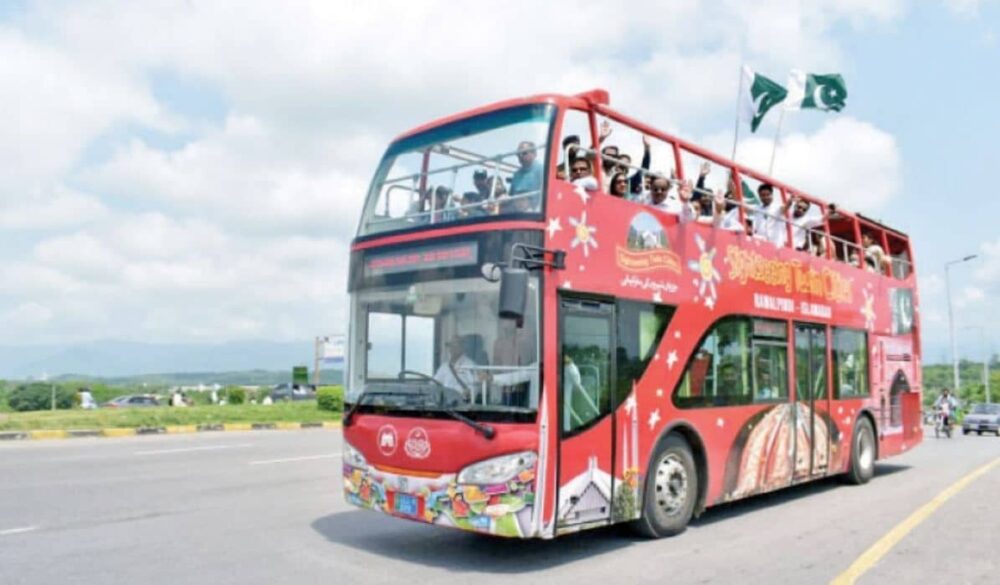 As of the Defense Day 2020, the double-decker bus service has been launched in Rawalpindi and Islamabad. The service has recommenced in the twin-cities after nearly 55 year of hiatus, making it a happy occasion for the general public.

The inaugural bus ride was given to the adviser to Punjab Chief Minister’s, Asif Mehmood along with special children. The intent of reviving the double decker bus service is to promote tourism in the twin cities. Speaking on the occasion, Asif Mehmood said that by launching this project on September 6, the government are paying tribute to the gallantry and the sacrifices of the Armed Forces of Pakistan.

Media reports suggest that the tickets for the bus ride will be Rs. 400 while the children below 4 years of age and citizens above 65 years of age shall be allowed to ride the bus completely free of charge. The bus ride starts from Allama Iqbal Park, Rawalpindi, and takes tourists on sightseeing trips to various tourist attractions such as Pakistan Monument, Folk Heritage, Faisal Mosque, Zoo and Shakar Padian.

The double decker bus ride is fairly popular in Lahore, where it takes the tourists to various historical cultural monuments in the city. Seeing its popularity in Lahore, the government has introduced the same service in the twin cities to entice the local as well as the foreign travelers to explore and learn about Islamabad and Rawalpindi.