Garena Free Fire, the world’s most downloaded Mobile game in 2019 (App Annie) has officially released its dedicated Pakistan server after 3 years. Free Fire has currently reached more than 500 million downloads on Google Play Store and is aiming to grow even further in the Pakistan market.

With the new campaign #F5YourGame, the game intends to refresh fans with new experiences. Let’s review the significance of #F5YourGame.

When unveiling a brand new, separate server for Pakistan, the battle royale title proudly shares their ambition to deliver novel experiences for their Pakistani players. This much-awaited server is set to bring a whole new Battle Royale experience, as well as other changes to the game. 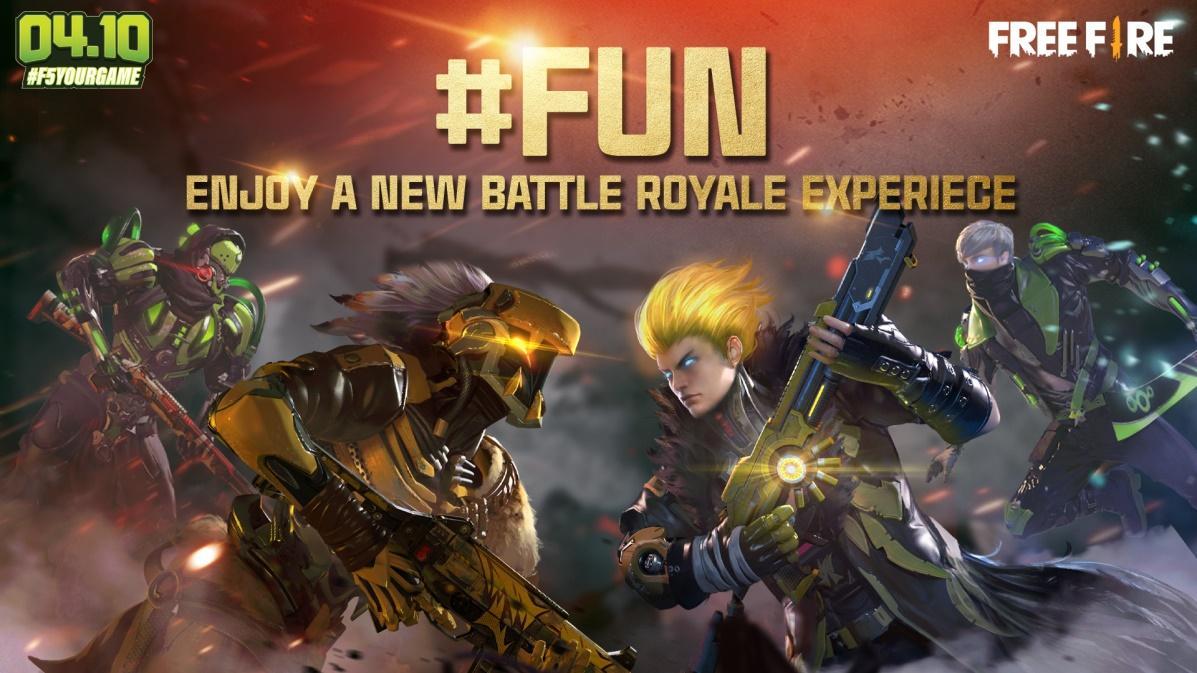 One of the updates is through partnerships, the most recent of which was the one with Netflix phenomenon “Money Heist”. Through such collaboration, the new content reflects Garena’s commitment to offering exciting, engaging, and trending content for its community as the global esports is still largely on pause.

The game title continually adds new game modes and improves the ones that exist. The maps become more diverse. The characters turn more and more unique. Combining together, the game has been designed to bring a great battle royale to Free Fire gamers with optimized performance across different devices.

When it comes to the battle royale genre, while other games present bigger maps, the map of Free Fire is comparatively smaller with a smaller number of players. With the average match duration of 10 minutes, Free Fire players can Booyah! much faster compared to other battle royale games.

The aggressiveness also remains dominant as a result. Instead of encouraging slow and methodical play, shorter times and narrower maps in Free Fire means that the player is always in the center of a fight, and the number of survivors quickly drops. 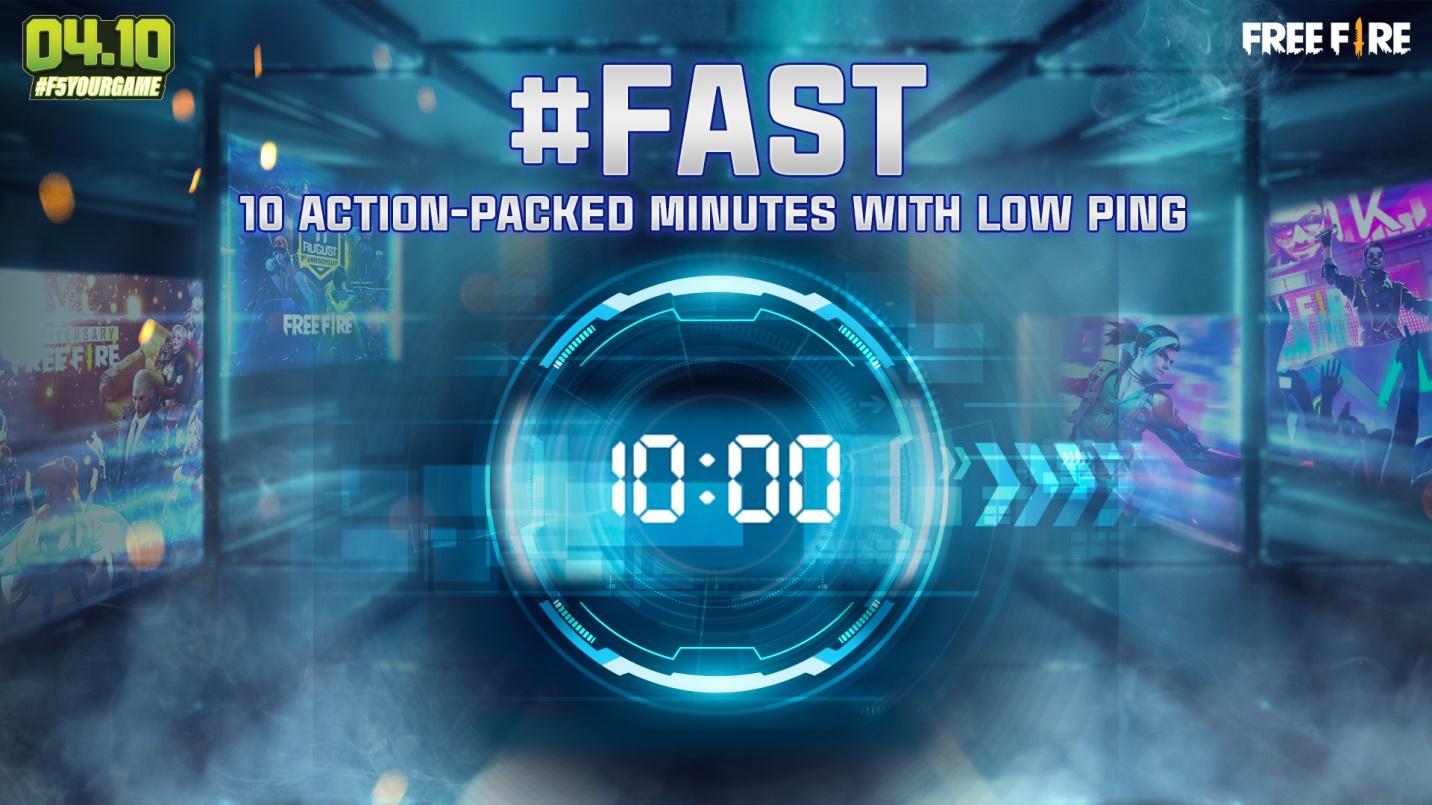 As an online game, Free Fire places the ping or network latency of prime importance. Lower ping ensures a smooth gaming experience. Therefore, a common trick among gamers is to choose the nearest server of the regions for better gameplay experience.

For the Pakistani Free Fire fans, you don’t have to adjust your settings anymore as there is a separate server for you only. The fear of encountering high ping and lagging is gone. Just connect to the game and enjoy every minute of your refreshed and fast battlefield.

Fair for everyone, no cheating actions are tolerated

Another F that might be an answer to every gamer’s concern is Fair, as in the fairness that Free Fire strives to maintain. The game title communicates their zero-tolerance policy towards cheating, mainly focusing on the cheating-detect mechanism and preventive measures. 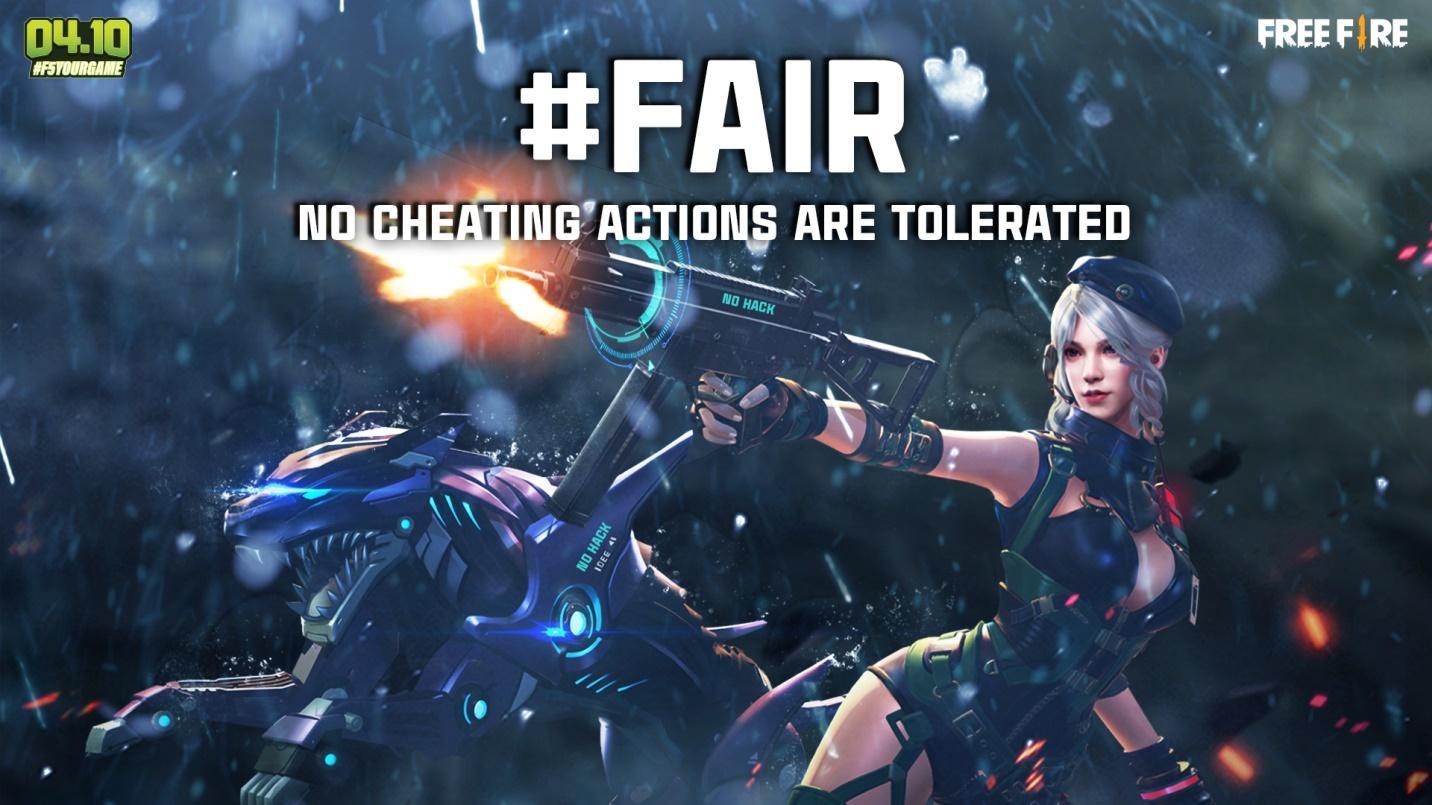 As stated, cheating and hacking are permanent-ban offenses in the game. Once a cheating action is detected, players can now report their teammates and/or opponents and receive an in-game mail confirming that his/her report has been successful.

Previously some gamers were concerned whether their report cases had been handled or not, which motivated developers to further improve the reporting experience with a confirmation mail for a successfully banned case.

Also, Free Fire already addressed complaints of wrongly banned accounts on social media. Players will not be banned due to malicious reports, or simply after well-performing in a match. The game developers ensure that every ban decision is the right one as they really take great care in processing every ban decision.

Along with improved reporting mechanisms, Free Fire also strived to prevent cheating action from taking place at all.

“Prevention has always been our key approach. Our preventive mechanism has blocked roughly 80% of hacks before they can impact the game,” said the developers on their recent Anti-Hack FAQ on Free Fire newsroom.

Any hackers that try to gain access into the Free Fire app have already been detected by sophisticated encryptions and active monitoring of player behavior, forming an effective and seamless line of deference for the game and further enhancing the #F5YourGame experience.

According to a recent report published by Sea Limited, the parent company of Garena, app data and analytics platform App Annie recorded Free Fire as the highest-grossing mobile game in both Latin America and Southeast Asia.

The report also claims that Free Fire achieved a new record high of over 100M peak daily active users in Quarter 2, 2020, proving the increasing fame of the game. 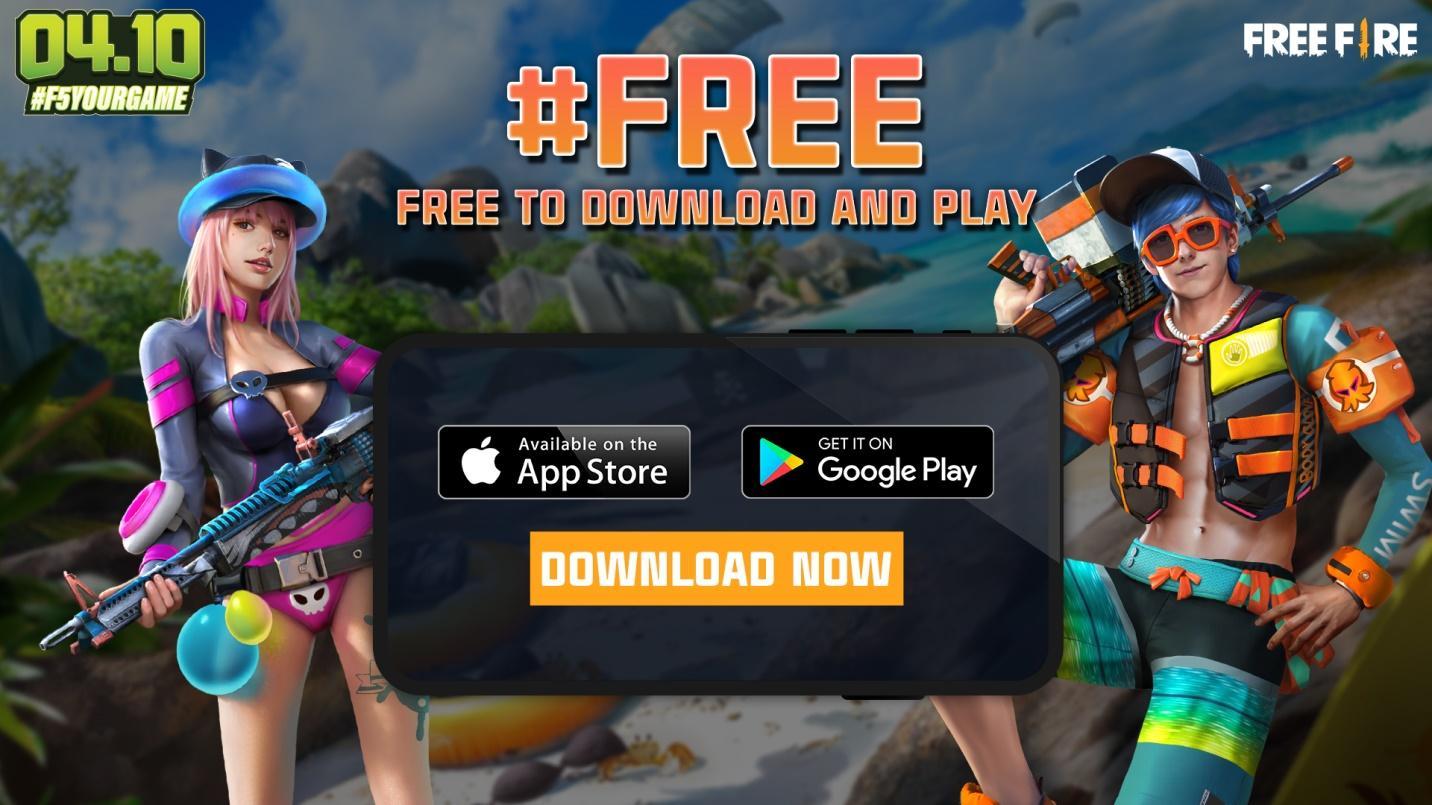 Smartphone users can easily download the game from Google Play or Apple Store, for free. The game has already reached 500 million downloads worldwide. Gaming enthusiasts can play without costing a penny while enjoying the regular updates from the developers.

Fit for your device

Last but not least, Free Fire is making it easier for players to play how they want, wherever and whenever they want because the game is optimized for various devices.

Unlike other Battle Royale games that sometimes cause sudden heating up of low-end phones, Free Fire offers a more seamless experience.  When it comes to performance across all kinds of devices, Free Fire is clearly the victor. 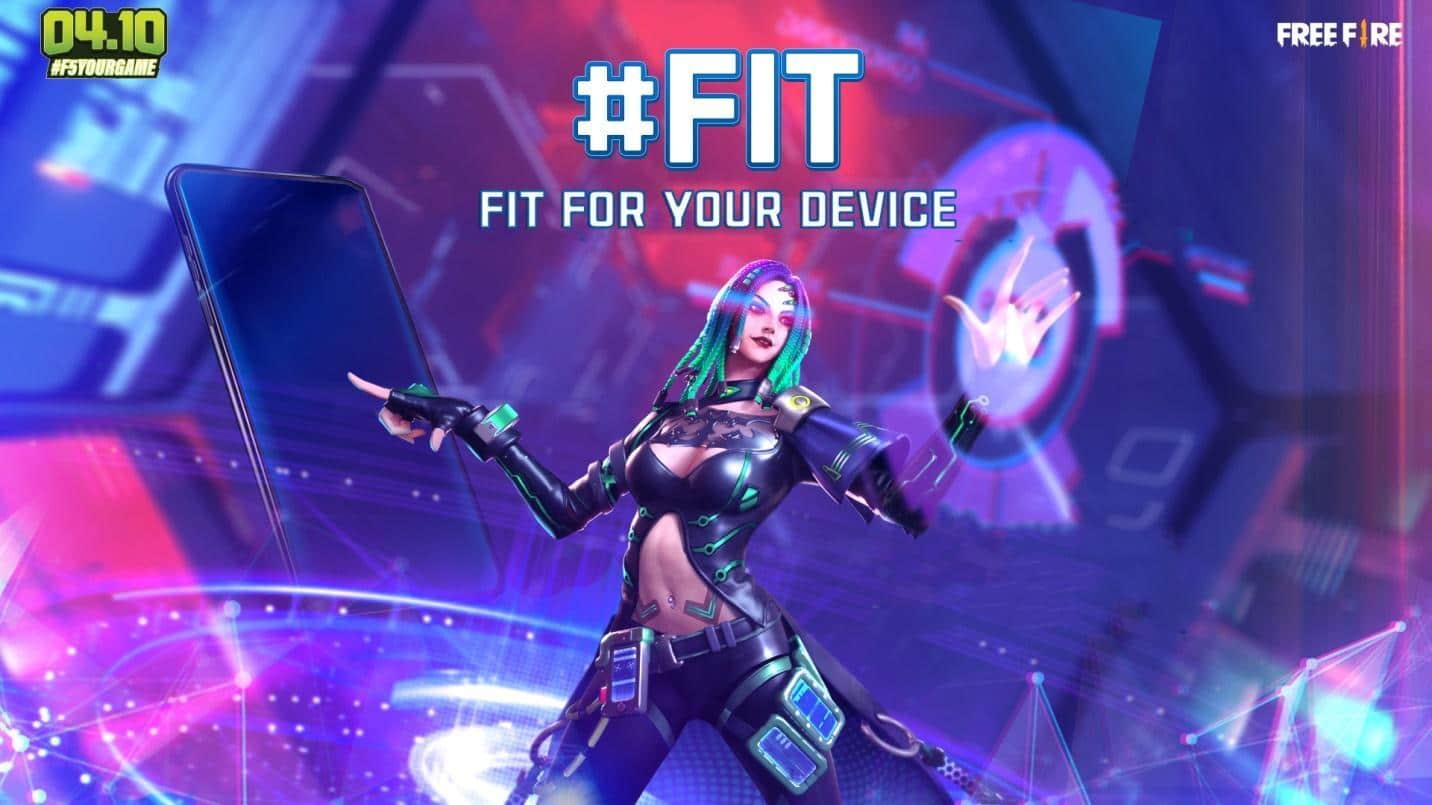 This game title uses much less phone storage, and its minimum requirements for running are as low as Android 4.0 Ice Cream, and 600 MB of memory on the phone.

Since the game fits various mobile devices, even those that do not have impressive specifications, survivors can easily refresh their game experience as introduced by Garena with the #F5YourGame campaign.

Since its launching more than three years ago, Free Fire has proliferated and even expanded its ultimate Battle Royale matches to many markets. The newly opened separated server for Pakistan will even unlock their potentials, encouraging both loyal and newbie survivors to refresh their experience with the fascinating #F5YourGame, Fun, Fast, Fair, Free, and Fit.

Stay tuned for more #F5YourGame event. Together with this, Garena Free Fire will have other large upcoming campaigns. Survivors, get hyped, and follow Free Fire’s social channels for more information: