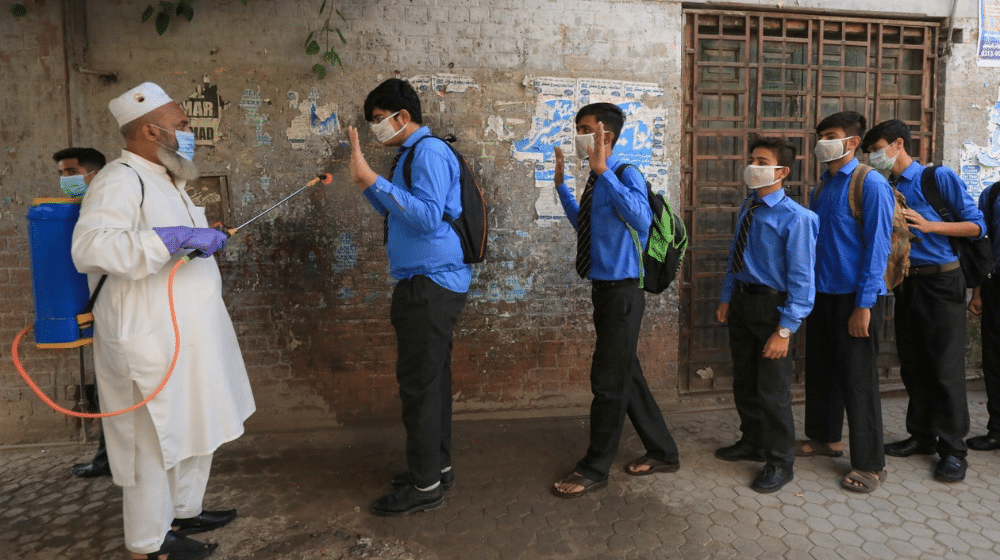 Covid-19 cases in Khyber Pakhtunkhwa have dropped drastically over the past month and the KPK government has decided to stop screening schools if the situation continues to improve until the middle of October.

The final decision on the matter will be taken by the National Command and Operation Centre, which ordered for Covid-19 screening in schools across the country before the reopening.

According to reports, the screening was started on September 15th and so far, only 203 students, teachers, and other staff members across the province have been tested positive for the virus. Out of a total of 20,720 tests, 16,544 returned negative, while the remaining are awaiting test results.

According to officials, the patients are asymptomatic and could infect other vulnerable people. They are advised to self-isolate at home to prevent the spread of the disease.

The current detection rate in schools in KPK is 1.33 percent, which according to officials is normal and not something to worry about. Daily 1,700 people are undergoing rigorous testing at the educational institutes.

The situation in KPK is far better than Punjab, Sindh, and Balochistan, so the KPK government has decided to reduce the testing in major districts Peshawar, Mardan, Abbottabad, and Swat and instead increase it in less privileged districts.

The government has decided to increase the testing in tribal districts to get a clearer picture of the situation of the virus. So far 3 districts, Kurram, Khyber, and Bajaur have been covered and the situation is normal.

According to officials, despite the decreasing number of cases in the province, testing will continue. Since the pandemic, 37,847 Covid-19 cases had been reported in the province and of them, 36,114 had recovered and only 471 were active.