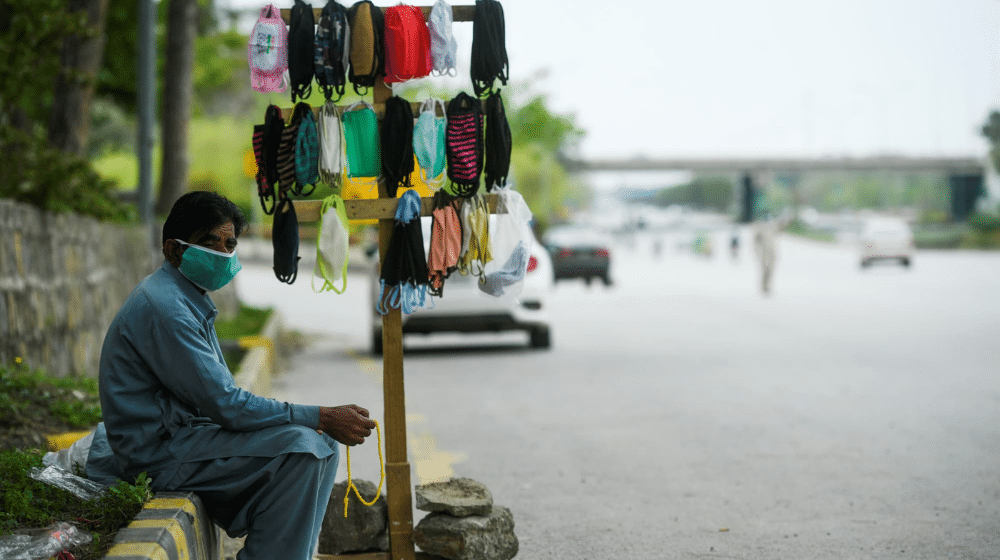 The second wave of Covid-19 is on the horizon as 300 cases and 5 more Covid-19 related deaths occurred overnight in Karachi. The authorities decided to impose a ‘mini smart lockdown’ in various parts of the city and sealed 104 restaurants and 6 marriage halls after they failed to comply with the Standard Operating Procedures (SOPs).

A 15-day ‘mini smart lockdown’ has been imposed in several neighborhoods in Karachi’s Eastern district. Al Mustafa Apartment in Gulistan-e-Jauhar, Block 13 of Gulistan-e-Jauhar, Askari IV in Faisal Cantonment, Al Khaleej Tower on Shaheed-e-Millat Road, and a few streets of Martin Quarters are the five localities that have been placed under lockdown according to a notification issued by deputy commissioner-East.

The current detection rate in the city is 2.4 percent as 5 more patients succumbed to death in the last 24 hours. The death toll in the city is risen to 2,517, while the total number of infections is recorded at 137,783.

Sindh Chief Minister Murad Ali Shah unveiled the dire situation in the daily situation report. He said that a total of 4,536 patients are currently under treatment, out of which 4,250 are in quarantined at home while 7 are at isolation centers and the remaining 270 in different hospitals around the city.

“The condition of 200 patients is stated to be critical, including 37 shifted to ventilators,” he said.

The cases are not limited to Karachi only, several other parts of Sindh have also reported a few cases. Hyderabad has nine cases, Badin eight, Dadu and Kambar five each, Jamshoro four, Larkana three, Ghotki, Matiari, and Tando Mohammad Khan two each, Mirpurkhas, Naushahro Feroze, Sukkur, Tando Allahyar, and Thatta reported one case each.

Indoor restaurants and marriage halls have been labeled as the major contributors to the spread of the Coronavirus. The authorities have decided to seal facilities that are not complying with the safety guidelines provided by the government. The officials have said that if the business owners and people don’t follow the guidelines, strict lockdown measures will have to be taken.

Sindh Govt is Imposing a Lockdown in Karachi Again

The sudden surge in cases has also concerned the Pakistan Medical Association (PMA). They said that hospitals are facing a shortage of equipment and staff, and if people do not adhere to the health and safety guidelines, it will put a burden on the hospitals.

They urged the citizens to act responsibly and wear a mask in public until the vaccine is available. They also asked the authorities to closely monitor the situation and take strict measures in order to control the spread of the virus.