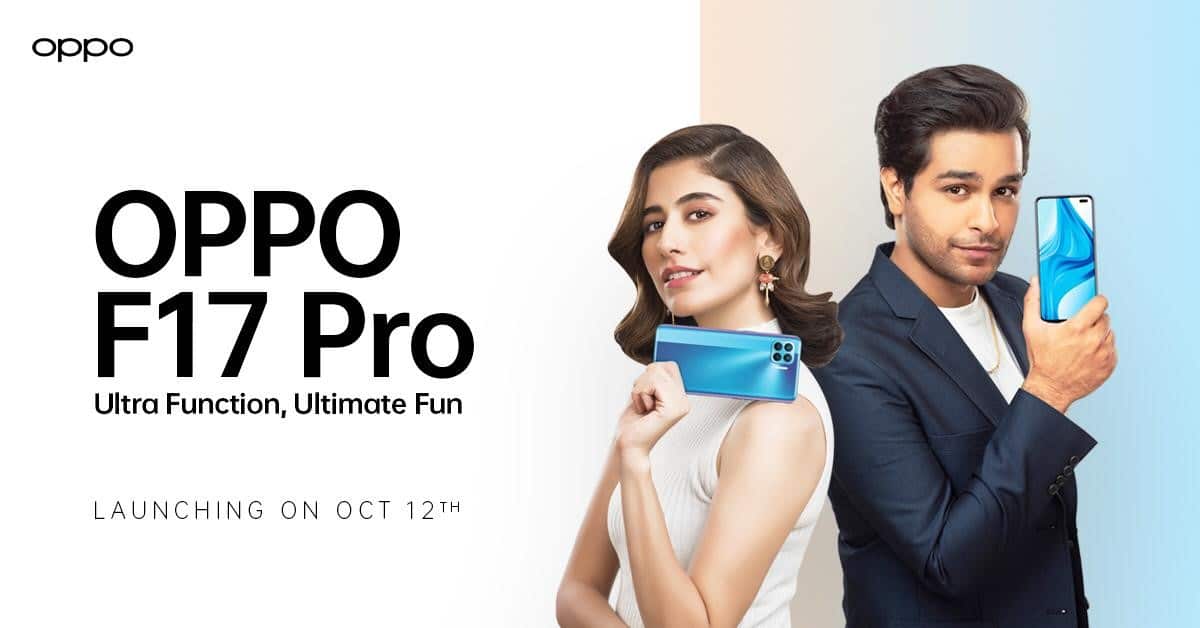 Smartphone maker Oppo has announced model/actress Syra Yousuf and singer/actor Asim Azhar as the new product ambassadors for its upcoming Oppo F17 Pro handset. The Smartphone is set to launch on 12th October 2020 at 8 PM.

Syra Yousuf is a Pakistani model, actress, and former VJ, whereas Asim Azhar is a Pakistani singer, songwriter, and actor. According to Oppo, the charismatic duo truly resonates with Oppo F17 Pro’s essence and its youthful spirit. Oppo has roped in the country’s top youth icons to represent its Smartphones in the past as well.

The phone sports a 6 AI camera setup with a quad-camera setup in the rear and dual front cameras. Oppo F17 Pro comes with a 6.43-inch Super AMOLED capacitive touchscreen display with a resolution of 1080 x 2400 pixels and 20:9 display ratio. 30W VOOC 4.0 Flash Charging is also a key feature of the phone.

More about the phone will be revealed when it gets released in Pakistan on 12th October 2020. Watch this space for more announcements on Oppo F17 Pro.