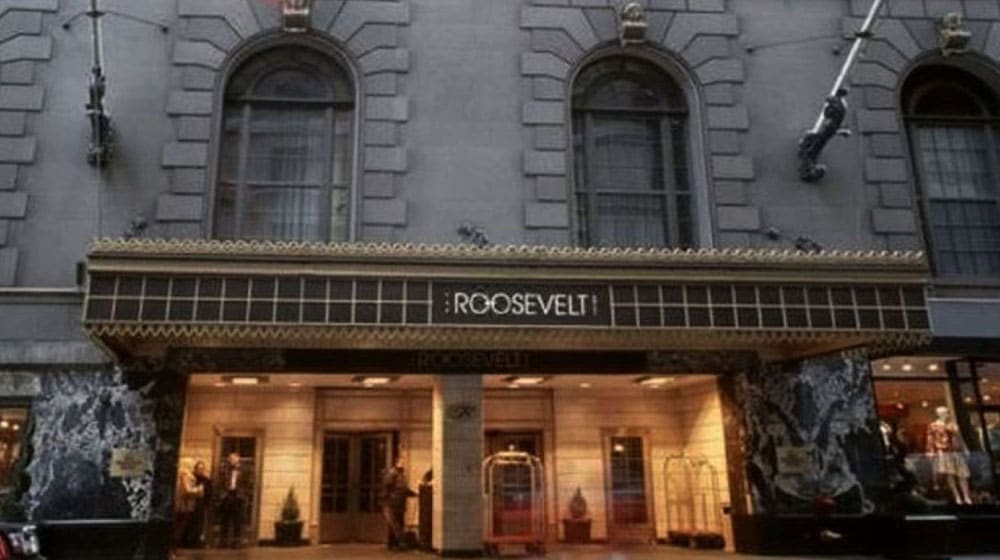 Ever since the Roosevelt management announced the hotel’s closure last week, certain quarters have been speculating that the Pakistan Tehreek-e-Insaf (PTI) government has decided to sell the valuable asset for a lower price.

PIA’s Roosevelt Hotel in New York is “Haunted By Ghosts”

The minister refuted such reports by calling them ‘nothing more than a political point-scoring.’

There is no agenda or program under consideration of selling the iconic Roosevelt Hotel in New York.

He said that the 19-story building was acquired by PIA in partnership in 1979 from its own profit, and gained full control in 1999. Since then, the hotel, a prime real estate located in Manhattan’s heart, has been in profit until 2018.

Its finances began to drop in 2019 and then ran out of business due to Covid-19. So much that the management announced permanent closure by the end of this month.

Its downfall is the progressive decline of its infrastructure and depleted room conditions, further reinforced by the global COVID-19 pandemic.

To a question regarding the Roosevelt Hotel’s closure, Ghulam Sarwar Khan noted that the hotel is currently operational. It has ‘valid contracts till December this year with various other airlines.’

He maintained that several plans are under consideration for its future, and all decisions are made collectively by the Hotel’s Board and the Government of Pakistan.