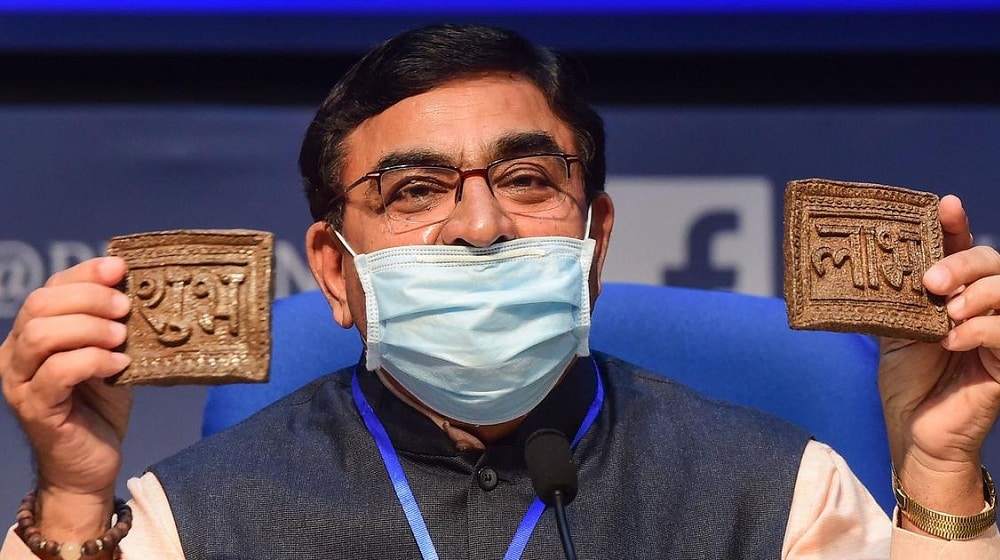 In a development that has made scientists worldwide question their life choices, Chairman Rashtriya Kamdhenu Aayog (RKA), Vallabhbhai Kathiria, has unveiled a ‘chip’ made out of cow dung, claiming that the chip significantly decreases the harmful radiations emitted from smartphones.

For the unversed, RKA is an Indian state-run agency to organize animal husbandry on modern and scientific lines and to take steps for preserving and improving breeds and prohibiting the slaughter of cows and calves and other milch and draught cattle.

See, this is a radiation chip. You can keep it with your mobile. We have seen that if you keep this chip with your mobile, it reduces radiation significantly. If you want to avoid disease, then this is going to be used.

Kathiria also referred to Akshay Kumar’s recent comments, stating that he drinks cow urine every day for Ayurvedic reasons, and said that you can eat this anti-radiant chip as Ayurvedic medicine. By the look of things, it won’t be long before this anti-radiant cow dung chip gets its first celebrity endorsement.

Taking up it a notch higher, Kathiria claimed that the cow dung anti-radiant chip makes any facility radiation-free.

Cow dung is anti-radiant, it protects all, and if you bring this home your place will become radiation-free.

More than 500 Gaushalas, a shelter for homeless or unwanted cattle, are already mass producing this anti-radiant chip which is available for 100 Indian rupees each, Kathiria revealed, adding that this chip is being exported to the US as well, where its price jumps up to $10 each.

Besides, Kathiria unveiled other cow dung-based products like earthen lamps, candles, incense, and paperweights as part of the larger KDA campaign.

Under the KDA campaign, RDA is aiming to light 33.3 million oil lamps made out of cow dung this Diwali, Kathiria said while concluding the launch event of the anti-radiant cow dung chip.