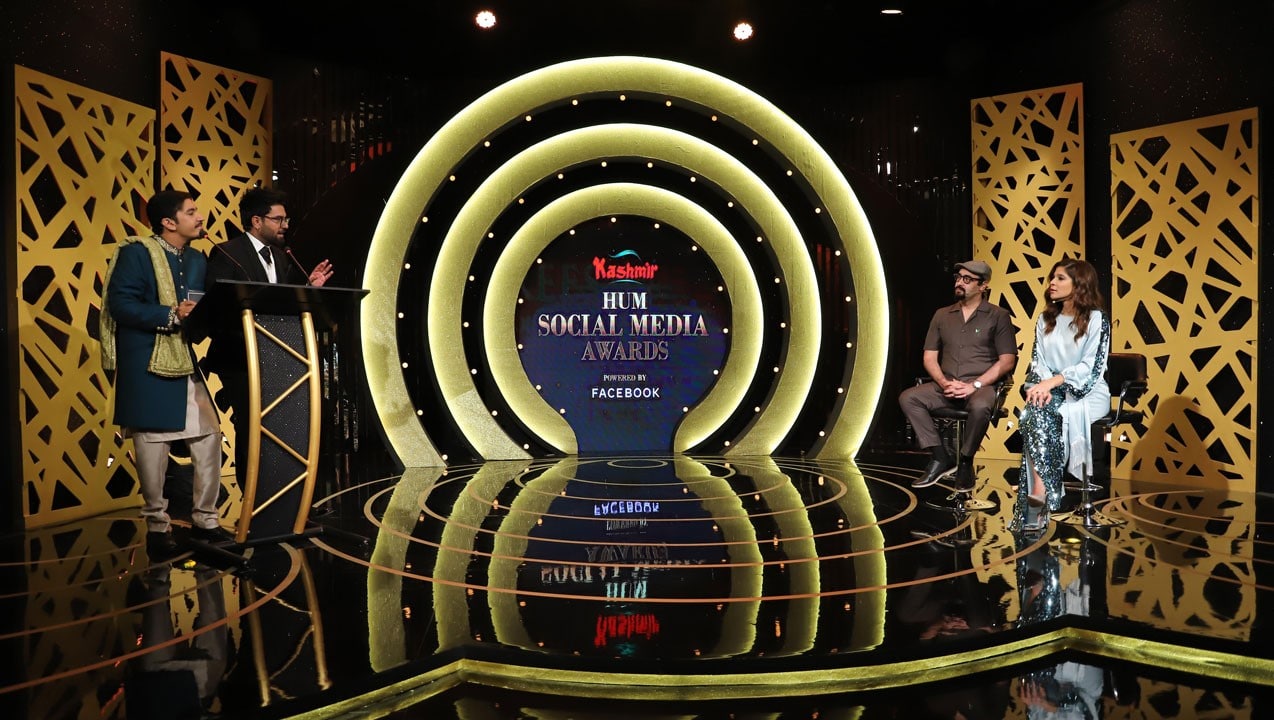 Earlier this month, the HUM entertainment network organized their first-ever Social Media Awards. This might not be incorrect to say that these were also the first of their kind to be held in South Asia.

Previously, recognition for social media stars had been limited to one-off categories at traditional awards ceremonies. The idea behind these awards was to highlight the achievements of individuals from different genres – but solely based on their digital presence.

Since the ‘new normal’ also revolves around more virtual interactions, it was only befitting that the ceremony live-streamed on HUM’s official Facebook page. Despite relaxation on social gatherings from the government, it was a responsible decision on HUM’s part to create a safe experience and adhere to guidelines for social distancing while hosting a memorable virtual ceremony.

This could set the stage for future awards ceremonies in the country, even after the pandemic ends. Hosting a virtual event means more direct interaction with the audiences as they can tune in as the ceremony takes place.

Plus, virtual ceremonies incur much smaller costs which is the need of the hour keeping in mind how the economy has been affected globally. But more importantly, the results are more easily measurable. Since everything is done online, public engagement can easily be tracked.

In the case of the HUM Social Media Awards, the Facebook Live session’s data is easily accessible to evaluate the audience that the ceremony drew in the country. This way, potential sponsors and collaborators can make better assessments for future partnerships.

This is evident from the fact that for the country’s first-ever social media awards, global technology giant Facebook extended its support. The partnership sets a strong precedent, as it proves that the country’s digital potential is being recognized.

The winners were all selected based on online public voting. For any future digital awards to be held, it wouldn’t be wrong to state that the audiences will now expect the same level of credibility.

“Facebook’s partnership with HUM TV for the HUM Social Media Awards will help highlight our commitment towards growing the digital landscape of the country,” said Hassan Salahuddin, Head of Media Partnerships – Pakistan at Facebook. “The current growth and potential of the digital ecosystem in Pakistan is impressive and Facebook is excited to be on this journey with our partners,” he added.

“We as HUM Network feel proud to collaborate with Facebook for Kashmir Hum Social Media Awards 2020,” shared Hassan Jawed, Head of Digital at HUM Network. “We have made history through this event and hope that this proves to be a step towards better opportunities. I would like to appreciate the support given by the President and CEO of HUM Network for conducting such a novel event,” he added.