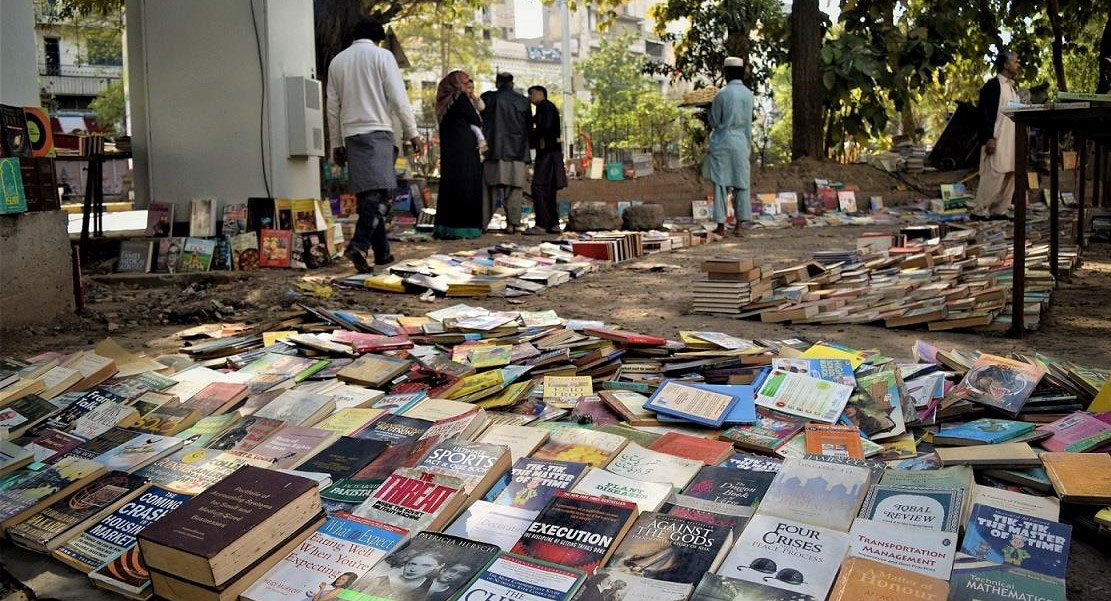 Who in Pakistan hasn’t seen precious books strewn around casually on footpaths in weekend bazaars? The fact that these bookstalls least attract the passersby speaks volumes of the state of reading habit in the country. Some commentators call the people out for their growing indifference to reading. But are they right in doing so?

Gufhtugu believes they aren’t! For the innovative publishing startup, Pakistan is a complex country when it comes to the medium of instruction and learning, which eventually shapes the nation’s reading patterns.

The world’s top literature and translations are in English, the co-official language in Pakistan that not many people are fluent in. Most people can read and understand Urdu but there’s a considerable dearth of literature in Urdu in the country despite it being home to one of the largest Urdu-speaking populations in the world.

The learning gap is further widened by poor affordability; good new books don’t come cheap so most people simply can’t prioritize reading over the basic life sustenance. A handful of avid readers who somehow manage to afford books are forced to buy them at a high cost from popular bookstores if they want the copies new and in good print.

Gufhtugu is trying to break these barriers and rekindle the healthy and constructive culture of reading. Through its online bookstore, Gufhtugu is enhancing a common man’s access to literature, both academic and non-academic. Besides making reading affordable, the platform is also breaking the language barrier by making the biggest educational, fiction, and non-fiction titles available in Urdu.

“Our goal is simple: to promote reading in Pakistan by breaking the language and affordability barriers,” shares Zeeshan-ul-Hassan Usmani, an advisor and a prolific author on the platform. “I believe that not knowing the English language doesn’t make one any less literate. Plus, it should be a matter of pride to pursue reading and learning in our own language. It’s just about making the literature accessible to the masses.”

Zeeshan Usmani himself has authored many books on varied subjects including Artificial Intelligence, Data Sciences, Blockchain, Cryptocurrency, C++, Kaggle, and one about his Fulbright Journey. He has also authored fiction titles and short stories, and his best-selling novel Justuju Ka Safar is currently in its 23rd edition (which is a record of its own). His new books on emerging technologies like Machine Learning are also coming soon.

Gufhtugu is also in talks and collaboration with many renowned authors and publishers such as Dr. Nidhal Guessome and Ehsan Masood for translations of top international and local titles, as well as new and exclusive books for the platform. It has recently published Dr. Guessome’s book on Muslims and Science, besides translations of Stephen Hawking books.

Moreover, Gufhtugu is distributing rare Urdu books including a collection of 40 years of Urdu science fiction, a complete set of Mazhar Kaleem’s Imran Series, and the translation of literary giants like H. Rider Haggard. In a short span of three years, Gufhtugu has delivered 50,000+ books to 12,000+ customers, and has published 100+ books for authors from 07 countries.

“We’ve taken it upon ourselves to get our people to read more and grow both academically and intellectually,” shares Zeeshan. “Through the platform of Gufhtugu, we’re fighting overpricing of books while making useful and interesting reads available in Urdu for the masses.”

“With us, it’s now possible for everyone to get an affordable, quality book delivered to their doorstep and spend some productive time with them, instead of staying hooked to their phone screens and augmenting their social media addiction,” he adds.