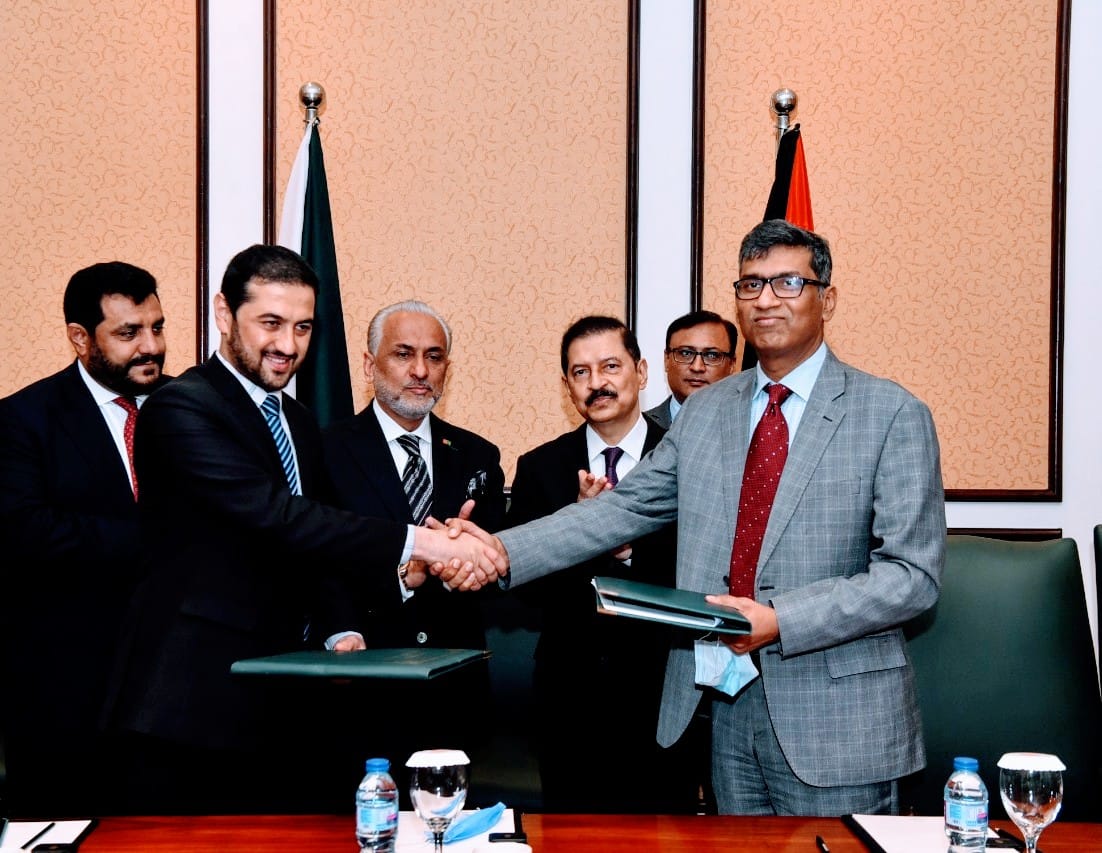 During the signing ceremony, His Excellency, Mr. Nisar Ahmad Ghoriyani, Minister of the Commerce and Industry of Afghanistan and Chairman, Federal Board of Revenue, Mr. Muhammad Javed Ghani were also present.

It is important to note that this Customs Cooperation Agreement has been signed in light of the directions of the Prime Minister of Pakistan for the establishment of Electronic Data Interchange (EDI) between Pakistan and Afghanistan. To materialize the vision/direction of the Prime Minister, Customs Officers of both countries had intensive consultations and meetings on regular basis.

On signing of the Agreement, Syed Muhammad Tariq Huda, Member (Customs-Operations) stated that this Agreement has seen the light of the day after a lot of hard work and consultations between customs officers of both countries. He highlighted the strategic and operational benefits of this Agreement. The Agreement would ensure reduced clearance times and optimum trade facilitation for import, export and transit cargo.

Further, Effective control over smuggling through enhanced cooperation would be possible. The Agreement would also ensure a reduced risk of evasion of duties and taxes. Assured assistance by both customs administrations would be achieved. The Agreement would ensure the promotion of exports, including transit trade, not only between both countries but also in the region. Improvement of clearances and service delivery at the Border Crossing Points (BCPs) will also be another benefit of the Agreement.

After signatures on the Agreement, the Afghan Commerce Minister Nisar Ahmad Ghoriyani congratulated both Governments and Pakistan Customs and Afghan Customs Department for the achievement of this milestone. He emphasized that this Agreement would be highly beneficial for the trade between both countries.

Speaking on the occasion, Mr. Muhammad Javed Ghani, Chairman, FBR, highlighted the brotherly/cordial relationship between Afghanistan and Pakistan and declared it an asset for the people of both countries. He stated that this bond is further re-inforced through greater collaboration and exchange of information/data in the form of the Agreement which is signed between both countries.

According to him, with the signing and implementation of this Agreement, Customs Administrations of both countries shall exchange information regarding Transit Trade and Bilateral Trade electronically in accordance with the mutually agreed data elements and mechanism.

This includes exchange of information in advance of the arrival of goods and vehicles. He commented that this Agreement is going to open a new chapter of cooperation between both countries, having tremendous benefits for the trade and business communities of both countries. He thanked the esteemed Afghan Delegation, including the Director-General of Customs, for their visit to Pakistan and assured all possible cooperation/coordination by Pakistan Customs.

After signing the Agreement on behalf of the Government of Afghanistan, Mr. Khalillullah Saleh Zad stated that this is a great achievement, by both Customs Administrations, towards facilitation and security of trade between both the countries. He underscored the need for creating a Win-Win situation for both countries in regard to the facilitation and promotion of bilateral trade.

There is a great potential for comprehensive cooperation between Customs Administrations of both the countries because of proximity and common bonds between them, he added.

During the signing ceremony, a large gathering of business persons from both countries was present. Chairman, FBR and Member (Customs-Operations) assured them full cooperation and support from Pakistan Customs to facilitate the movement of goods between both countries.

They referred to recent strenuous efforts put in by Pakistan Customs to remove congestion at Torkham Border because of stucking up of containers. The trade community thoroughly acknowledged it and expressed great satisfaction with the committed efforts by the leadership of Pakistan to bring the clearance of containers to normal at the bordering stations particularly Torkham.