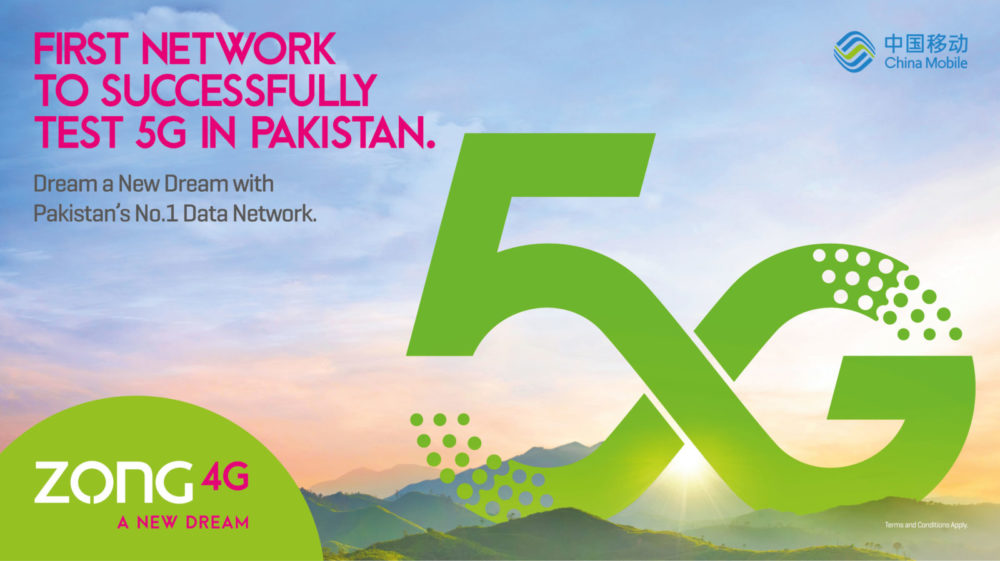 The first-ever cross-border 5G video call experiment in Pakistan has been successfully carried out.

Federal Minister of IT and Telecommunication Syed Amin ul Haque, using Zong 4G, made a 5G video call to Beijing and enjoyed the best quality of video and audio which is a unique feature of 5G.

While speaking at the inauguration ceremony, the federal minister said that he felt extremely proud to witness the launch of 5G experimental services, which, in the future, will completely change the technology landscape in Pakistan. He further stated that in the past 2 years, mobile phone users in Pakistan have reached 81 percent and this figure is increasing rapidly.

Kudos to @Zongers for testing the network capabilities by doing a 5G call between #Pakistan and #China! An induistry first for Pakistan! @PTAofficialpk #PakistansNo1Network #zong #milestone pic.twitter.com/cd2qQNU71U

He congratulated Zong 4G for launching the experimental 5G service and admitted that they have state of the art technology and modern infrastructure which is imperative for such initiatives.

Haque briefed that 5G spectrum process in Pakistan is in the final stages and the government will soon auction the service which will earn huge revenues. After the launch of 5G technology, Pakistani people will connect to the digital world effectively.

He further said that on one side the government is fast moving towards modern technology while on the other side, it is fully committed to expanding networking services in far-flung areas of Pakistan. People should know that the government is working around the clock to provide the best possible network service all over the country.

Chairman and chief executive of Zong, Wang Hua, while talking to the press said that he is happy that Zong is taking the lead in the experimental launch of 5G technology which would revolutionize the technology landscape in the country. 5G technology is making roads in world trade and technology by introducing the fastest internet speed and best quality.

“This experimental 5G video call has connected Pakistan to the modern and technologically advanced world and it will create countless opportunities for Pakistani users in the future – even beyond their expectations,” he added.

He said that China Mobile Communications is fully supporting the Zong network which is the world’s biggest telecommunication company that has 188 thousand 5G base stations in 50 cities of China.