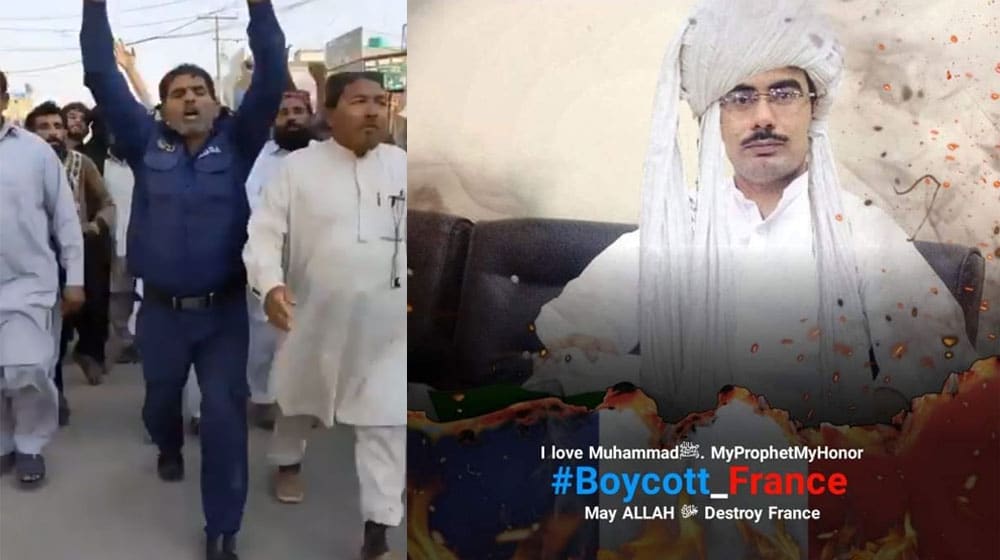 Update: The bank manager who was later shifted to Lahore’s Services Hospital due to his injuries has succumbed to his wounds.

A National Bank security guard in the Qaidabad area of Khushab, Punjab, shot and severely injured his bank manager after accusing him of blasphemy.

As per reports, the guard, Ahmad Nawaz, had a heated argument with the branch manager, Malik Imran Hanif, over Prophet Muhammad (Peace Be Upon Him) two days ago. Nawaz, who belongs to the Barelvi school of thought, got offended by Malik’s comments, decided to kill him.

On Wednesday morning, he shot Malik Imran, who was a Deobandi and gathered a crowd of like-minded people. He then led them to the local police station to surrender. The crowd greeted him with slogans like, “we can accept death in the service of the Prophet,” and “behead those who insult Prophet.”

Sugar Will Now Be Sold At Rs. 84 Per Kg in Rawalpindi And Lahore

Qaidabad, Khushab, Punjab. #Barelvi security card killed a bank manager accusing him of blasphemy. Crowd greets him with slogans, "Behead those who insult the Prophet". pic.twitter.com/U81u6Pq5PW

Qaidabad, Khushab, Punjab. #Barelvi security guard Ahmad Nawaz killed bank manager Malik Imran Hanif over blasphemy. He is waving his supporters from the roof of the local police station. Crowd is clapping and chanting, "behead those who insult the Prophet" pic.twitter.com/bjdLNmlY9g

127 New Construction Projects Worth Rs. 63 Billion Were Registered in October

Meanwhile, the victim’s uncle has released a video, confirming that Imran Hanif and his family are Muslims and not Ahmedis as claimed. They are also true lovers of the Holy Prophet and that the security guard has falsely turned a personal dispute into a blasphemy case.

He revealed that it was rather a sectarian debate between the two. Considering Imran Malik’s views as blasphemous, Ahmad Nawaz attempted to kill him in the name of religion. The bank manager has survived and is fighting for his life in the hospital.

Local journalists have shared some screenshots of Imran’s Facebook profile, proving that he was a practicing Muslim and had no blasphemous views against the Prophet. 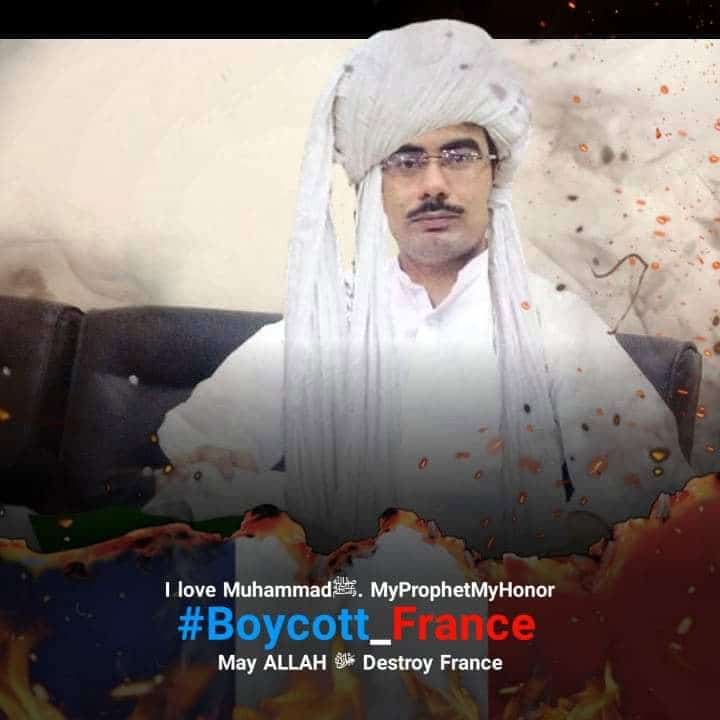 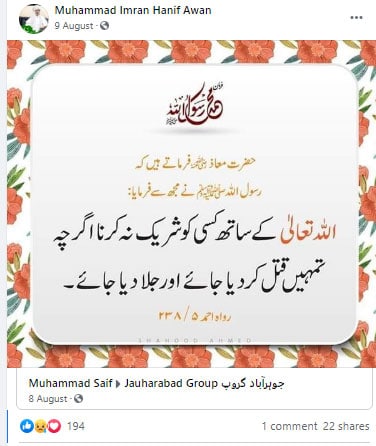 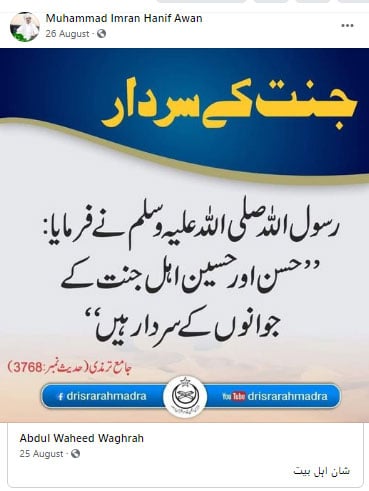 Meanwhile, police have also promised local clerics that Ahmad Nawaz will be charged for attempted murder – a bailable offense, and not under the Anti-Terror Act.