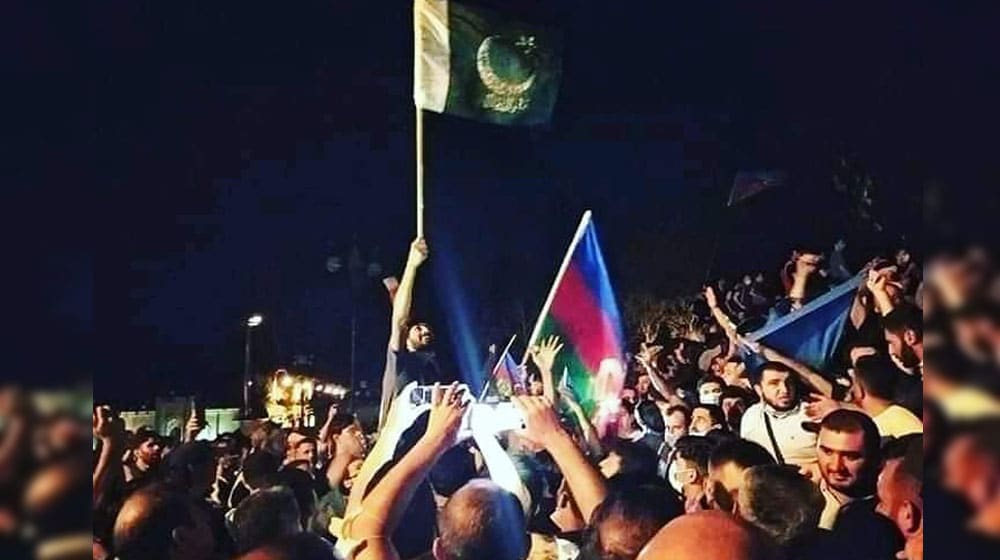 Azerbaijanis are celebrating India-backed Armenia’s admission of defeat in the occupied region of Nagorno-Karabakh. They waved Pakistani and Turkish flags, thanking the two Muslim nations for their unwavering support during Azerbaijan’s times of crisis.

Crowds gathering at Martyrs Alley in #Baku – for Azerbaijan this is a historic victory, a sense that a painful chapter in the nation’s history is being closed. pic.twitter.com/jL6ZRN6j04

The development came hours after the Armenian Prime Minister, Nikol Pashinyan, announced the signing of a ‘painful peace agreement’ with Azerbaijan and Russia to end the weeks-long conflict in the breakaway region.

“I have signed a statement with the presidents of Russia and Azerbaijan on the termination of the Karabakh war,” he declared.

Russian President Vladimir Putin and his Azerbaijani counterpart confirmed the agreement that commenced from 2100 GMT.

BREAKING: Armenian leader Pashinyan says that, after a phone conversation with his Russian & Azeri counterparts, he’s agreed to a peace deal: “I've signed a statement on the termination of the Karabakh war,” a decision he calls “extremely painful.” pic.twitter.com/1RzvERqJO6

Pashinyan described the agreement as ‘unspeakably painful for me personally and our people’.

Meanwhile, the Azerbaijan President, Ilham Aliyev, called it a ‘clear defeat of Armenia’ and said that the Azerbaijani forces’ unceasing military successes in the occupied region had forced Armenia to sign the peace deal.

“The liberation of around 300 settlements since September 27 has broken the back of the Armenian army,” Aliyev remarked.

The deal includes the deployment of peacekeepers, the withdrawal of troops, and the handing over of part of the Karabakh-Azeri border areas back to Azerbaijan. In return, Azerbaijani forces will stop their assault on the region’s biggest city, Stepanakert.

Aliyev announced that the Kalbajar District would be delivered to Baku on 20 November, Agdam by 15 November, and Lachin by 1 December.

He further maintained that Russia will deploy 1,960 peacekeeping soldiers and 90 armored vehicles along the Nagorno-Karabakh contact line and to the Lachin Corridor.

The president also said that a joint Turkish and Russia peacekeeping mission will stay in Karabakh.

Countrywide protests have erupted in Armenia following the announcement of the truce. An angry mob stormed the parliament building in Armenia’s capital Yerevan, demanding to see Prime Minister Pashinyan after had he announced the ceasefire deal with Azerbaijan. The ceasefire will halt the weeks-long deadly attacks which have taken over 1,000 lives in the Nagorno-Karabakh region.

VIDEO: Chaotic scenes erupted inside Armenia's parliament in the early hours of Tuesday as protesters angry at a ceasefire deal with Azerbaijan seized control of its chamber to denounce the country's leadership pic.twitter.com/2A4zjOwRz4

Meanwhile, the people of Azerbaijan have swarmed onto the streets to celebrate the decisive victory and liberation of the occupied areas. The crowds held Azerbaijani, Pakistani, and Turkish flags as a sign of gratitude for their support.

Love of a nation comes from the heart of the people.

Nagorno-Karabakh is an internationally recognized territory of Azerbaijan and was ruled by ethnic Armenians since they occupied the region in 1994. They later declared it an autonomous state called the ‘Nagorno-Karabakh Autonomous Oblast’. 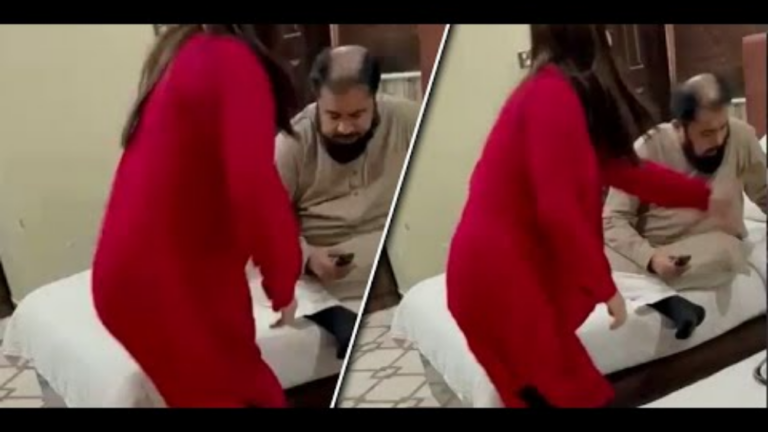