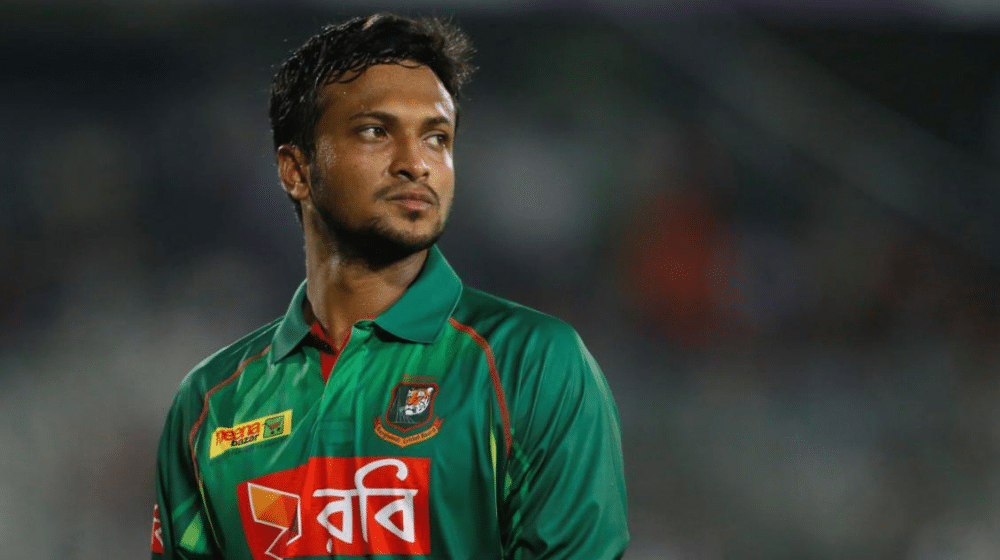 Multan Sultan have not been able to sign star Bangladeshi all-rounder, Shakib Al-Hasan, as Mahmudullah’s replacement for PSL 5 playoffs. Mahmudullah himself was signed as a replacement but was ruled out of the playoffs following his COVID-19 test before departure.

The reason behind Shakib’s signing was other franchises’ objection on his inclusion. Since Shakib was not part of the original pool of players available for the draft, the franchises voted against his inclusion. Similarly, South African batsman, Faf Du Plessis, was not a part of the original draft as well, but he was available for selection. He was picked up Peshawar Zalmi.

Shakib was banned by ICC for two years for three charges of breaching the ICC Anti-Corruption Code. One year from his ban was suspended and he was allowed to resume cricketing activities from October 29, 2020.

A team in the Australian Big Bash League was also interested in signing Shakib but the move was rejected by Cricket Australia (CA) Integrity Officer over his ban. But, according to sources, Shakib’s non-inclusion in PSL is not because of his ban. PCB has no objections as he has already served his time.

Shakib has been a part of Peshawar Zalmi and Karachi Kings in previous seasons of PSL, but he wasn’t seen in action this year.