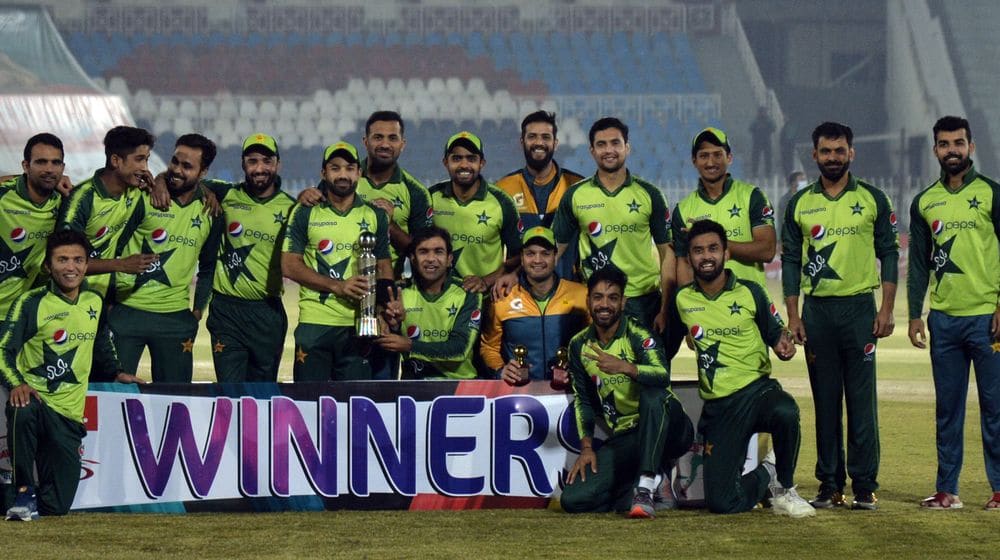 Usman Qadir’s brilliant bowling performance secured Pakistan a commanding eight-wicket win over Zimbabwe in the third and final T20I at the Pindi Cricket Stadium as the hosts completed a 3-0 whitewash on Tuesday.

Pakistan have now won 14 consecutive T20Is against the African side.

The leg-spinner’s immaculate display of spin bowling earned him four wickets for just 13 runs in four overs as he was awarded player of the match and player of the series awards, for finishing with eight wickets at just 7.50 runs per wicket in three matches in his first-ever international series.

Zimbabwe, after electing to bat first, could manage 129 for nine. Openers, Brendan Taylor and Chamu Chibhabha, added 26 runs for the first-wicket before Taylor (8) was dismissed by Imad Wasim on the penultimate ball of the fourth over.

Chibhabha, the Zimbabwe skipper, scored 31 off 28 balls (three fours, one six) before he became Usman’s first spell in the ninth over.

Usman picked his next three wickets – Milton Shumba (11), Wesley Madhevere (9) and Elton Chigumbura (2) – in 12 deliveries, with Shumba and Madhevere dismissed in the span of five balls, to leave Zimbabwe tottering at 87 for seven.

Donald Tiripano scored 28 off 22 balls to ensure Zimbabwe get past the 120-run mark. Tiripano added 33 for the eight-wicket with Wellington Masakadza (11).

Besides Usman’s exploits with the ball, Imad contributed to the cause with two wickets for 27 runs in four overs.

Pakistan chased down the target comfortably with 4.4 overs and eight wickets spare. Debutant Abdullah Shafique made his first day in international cricket memorable with an unbeaten 41 from 33 balls, hitting four fours and a six.

Babar Azam Overtakes Virat Kohli as the Best Batsman Since 2019

Following Fakhar Zaman’s (21) dismissal in the seventh over, Abdullah and Haider Ali (27 off 20) stitched a 40-run partnership, before an undefeated 51-run stand for the third wicket between Abdullah and Khushdil Shah (36 not out off 15) secured the victory.

Player of the match: Usman Qadir

Player of the series: Usman Qadir