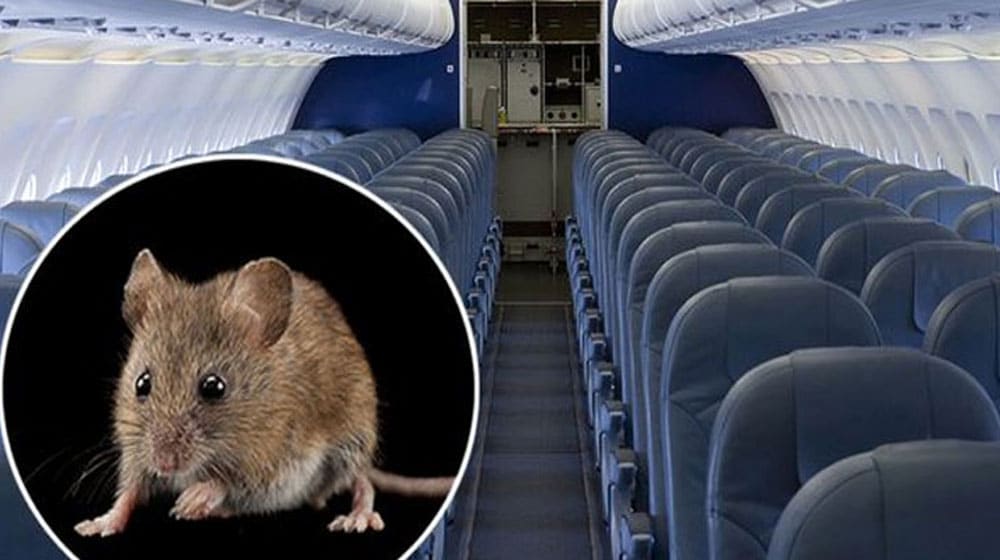 A private airline’s Karachi-bound flight was canceled after it was discovered that a mouse had snuck onto the aircraft at Peshawar’s Bacha Khan International Airport.

The incident occurred on Thursday when the pilot of Flight 551 spotted the mouse on the aircraft just before takeoff.

Faisalabad to Get an International Airport and Expo Center

The captain refused to fly with a mouse onboard and informed the authorities. On his complaint, a cleaning team was sent in but they could not find the rodent.

The airline’s management canceled the flight and shifted the passengers from Peshawar to Islamabad on a bus. The passengers were then flown to Karachi from Islamabad.

Last year, a Jeddah-bound private airline flight was grounded after a mouse onboard did not leave the plane even after several hours of struggle.

Flight PA-470 was originally slated to take off at 5:20 pm from Lahore Airport, and was first rescheduled for departure at 8:00 pm and then at 12:30 pm before being grounded for fumigation.