Owing to the closing of the US markets due to Thanksgiving, the Pakistani Rupee maintained its yesterday’s position, posting a minimal gain of 0.9 paisas. The PKR closed at 159.26 as compared with Wednesday’s closing of 159.27.

The domestic currency was traded in a narrow range of 75 paisas per USD in the intraday today.

PKR is, once again, on its road to recovery against the US dollar, as it appreciated 81 paisas versus the greenback yesterday after jumping almost one rupee the day before. 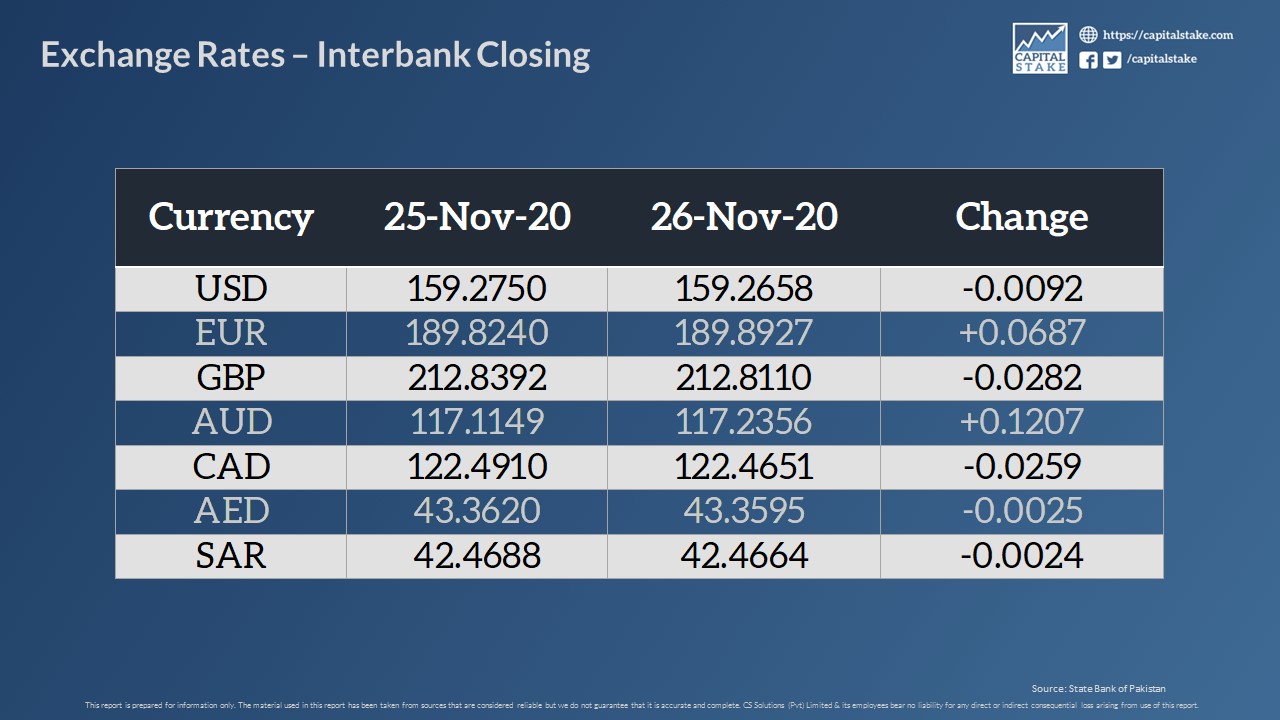 During the past two days, PKR recovered from almost a week-long string of losing against the USD, bouncing back to the 159 level, due to a decline in the purchase of dollar from importers.

A.A.H Soomro, Managing Director at Khadim Ali Shah Bukhari Securities, while commenting on the Rupee had said on Wednesday,

Rupee would continue to swing pendulum around Rs. 160-ish as new buyers and sellers exchange hands. Demand would be on the rise as imports increase and FX reserves are built up.

The local currency was losing against the USD since the past week. However, since Tuesday, the rupee has posted a significant gain, and not just against the USD but also other major currencies. On Thursday, PKR posted a slight loss, against the GBP and the Australian Dollar, of 2 paisas and 12 paisas respectively.

Inflows such as Remittances, in an enthusiastic response in Roshan Digital Account and Naya Pakistan Certificates, are playing a vital role in stabilizing the exchange rate.

If the Pakistani rupee can sustain its values below the 160.00 level against the greenback in the near term, the rupee might further appreciate against the USD.