The Pakistani rupee is, once again, on its road to recovery against the US dollar.

The rupee appreciated another 81 paisas versus the greenback in the interbank market. The PKR closed at 159.27 as compared with Tuesday’s closing of 161.08.

PKR recovered from almost week-long losses, bouncing back to 159 level, due to a decline in dollar buying from importers.

Rupee would continue to swing pendulum around Rs. 160-ish as new buyers and sellers exchange hands. Demand would be on the rise as imports increase and FX reserves are built up. However, the new lockdown would slow down the buying trend for a while. Expect Rs. 160-ish to continue for a few weeks, if not months.

The local currency was losing against the USD since the past week. However, since Tuesday, the rupee has posted a significant gain, and not just against the USD but also other main currencies. 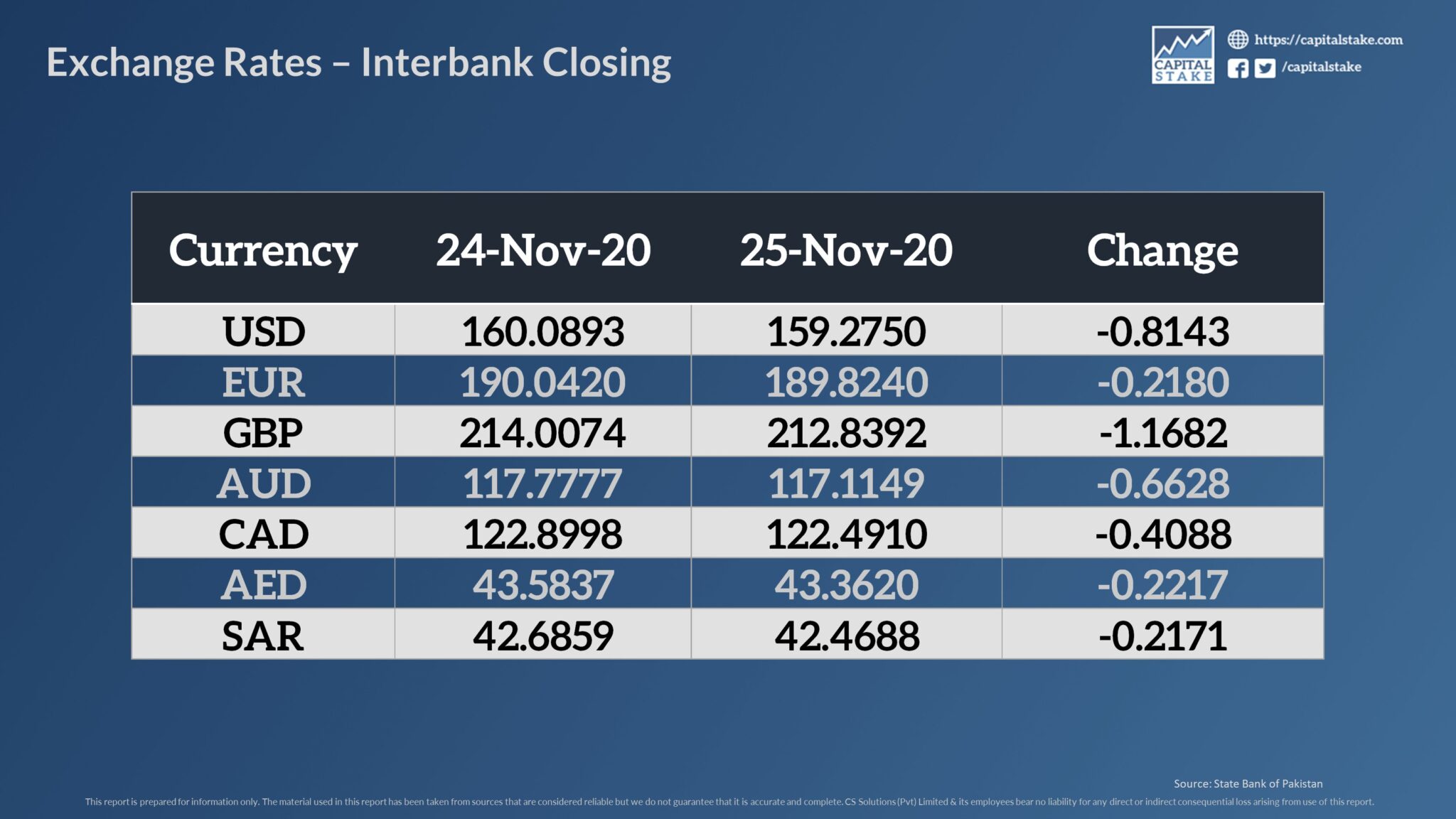 Since the past week, Rupee faced a brief pressure, which declined its value, due to a sudden demand of the USD from the importers who opened LCs in quantum. However, the demand fell again in the market, leading to Rupee’s appreciation.

Sources familiar with the market told ProPakistani that there was a repayment due this month, and the volatility was because of that and more so because talks with the IMF were underway. “We may see more stability in the coming days,” they added.

CEO of the financial advisory Alpha Beta Core, Khurram Schezad, said that there is still room for PKR to improve against the USD as there have been more inflows of Dollars in the market compared to outflows.