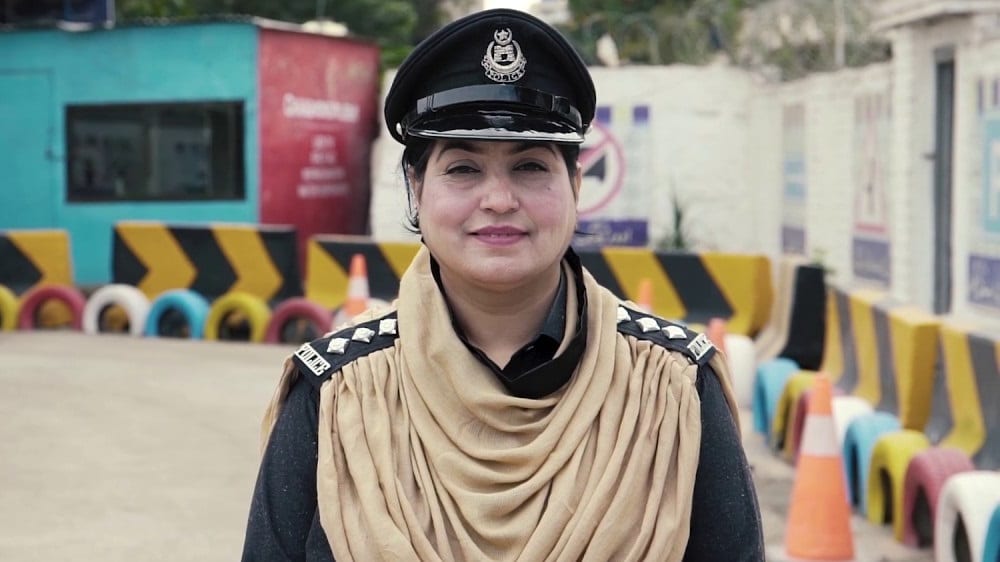 Aneela Naz, a DSP serving in KP Police, has been appointed as the head of the Motor License Authentication wing of the City Traffic Police Peshawar, becoming the first female officer ever to be elevated to the post.

She had also led a contingent of Pakistan’s police force during an international police conference in the UK where she was conferred with an award for her services for the department.

Aneela has worked her way up to the promotion ladder through hard work and dedication in a male-dominated department.

While recalling the time she joined the police department, Aneela said that she and her family were heavily criticized by their neighbors and relatives over her career choice.

However, times have changed as the number of women serving in the provincial police department has increased considerably during the past decade.

Aneela said that she wants to become an inspiration for young girls who aspire of becoming police officers.