Pakistani Rupee slightly improved upon yesterday by gaining 3 paisas against the US Dollar today, after yesterday’s gain of 29 paisas. The beginning of the week saw PKR deteriorate against USD. However, PKR turned its tide on Thursday.

PKR closed at Rs. 160.13 on Friday as compared to Rs. 160.16 on Thursday, which was up from Rs. 160.46 on Wednesday. Before this, the Pakistani Rupee lost 64 paisas against USD on Wednesday and 39 paisas on Tuesday after posting a negligible gain of 4 paisas on the opening day of the week.

After a Poor Week, Rupee Finally Recovers Against the US Dollar

According to the data shared by the financial analytics platform Capital Stake, PKR remained volatile for the better part of the past two weeks. From last week’s closing (Friday, November 27) loss of 12 percent, PKR maintained average improvement until 2 percent gain at this week’s closing (today).

Overall, the current week saw volatility in PKR’s exchange rate to the dollar, with Monday (November 30) seeing negligible improvement followed by notable losses on Tuesday and Wednesday, before moderate recovery again towards the end of the week.

The data by the platform also showed that PKR lost a total of 71 paisas, or 45 percent, against USD over the past four weeks, while it posted a loss of 67 paisas, or 42 percent, during the first week of December. Comparing to the beginning of the year in concern, however, PKR is 4.93 percent stronger than the USD. 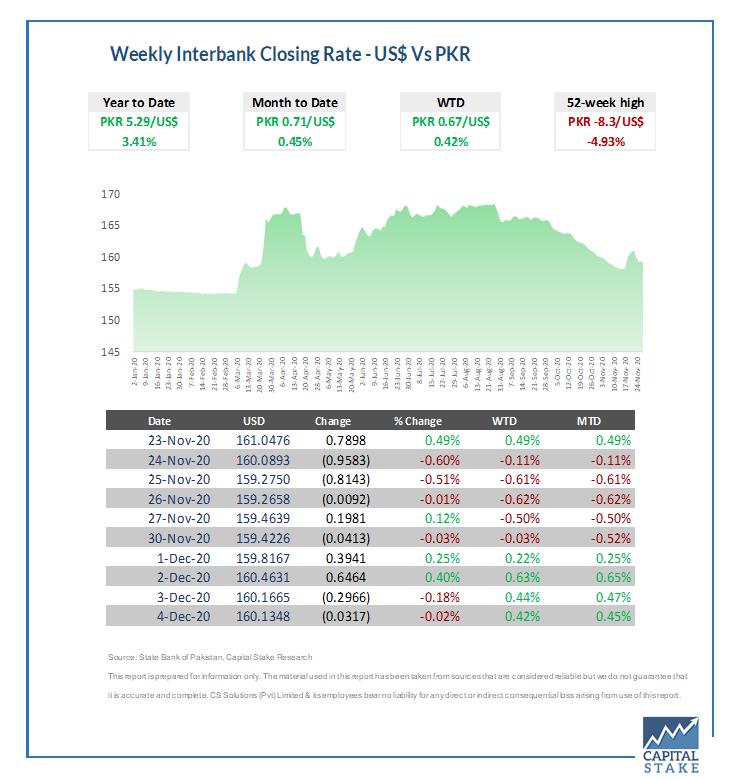 This movement of PKR’s exchange rate, although fluctuating, has not come as a surprise to analysts who predicted such trends in PKR’s exchange rate to the dollar. “There were some importers buying dollars to meet their payment obligations, which puts pressure on the rupee,” a foreign exchange dealer earlier in the week stated.

Experts expect the rupee to likely stay range-bound in the coming days. “The trading range for the local currency for this month should be 159 to 161,” added a dealer.

The virus surge and its impact on exports, remittances, and demand will determine the future course of the exchange rate. The rupee may face downside pressure if the macroeconomic fundamentals deteriorate owing to the spread of the outbreak.

Other factors, such as fiscal reforms, uninterrupted flow of liquidity, may also contribute to the volatility of PKR against USD. IMF and FATF can also impact the exchange rate movement. 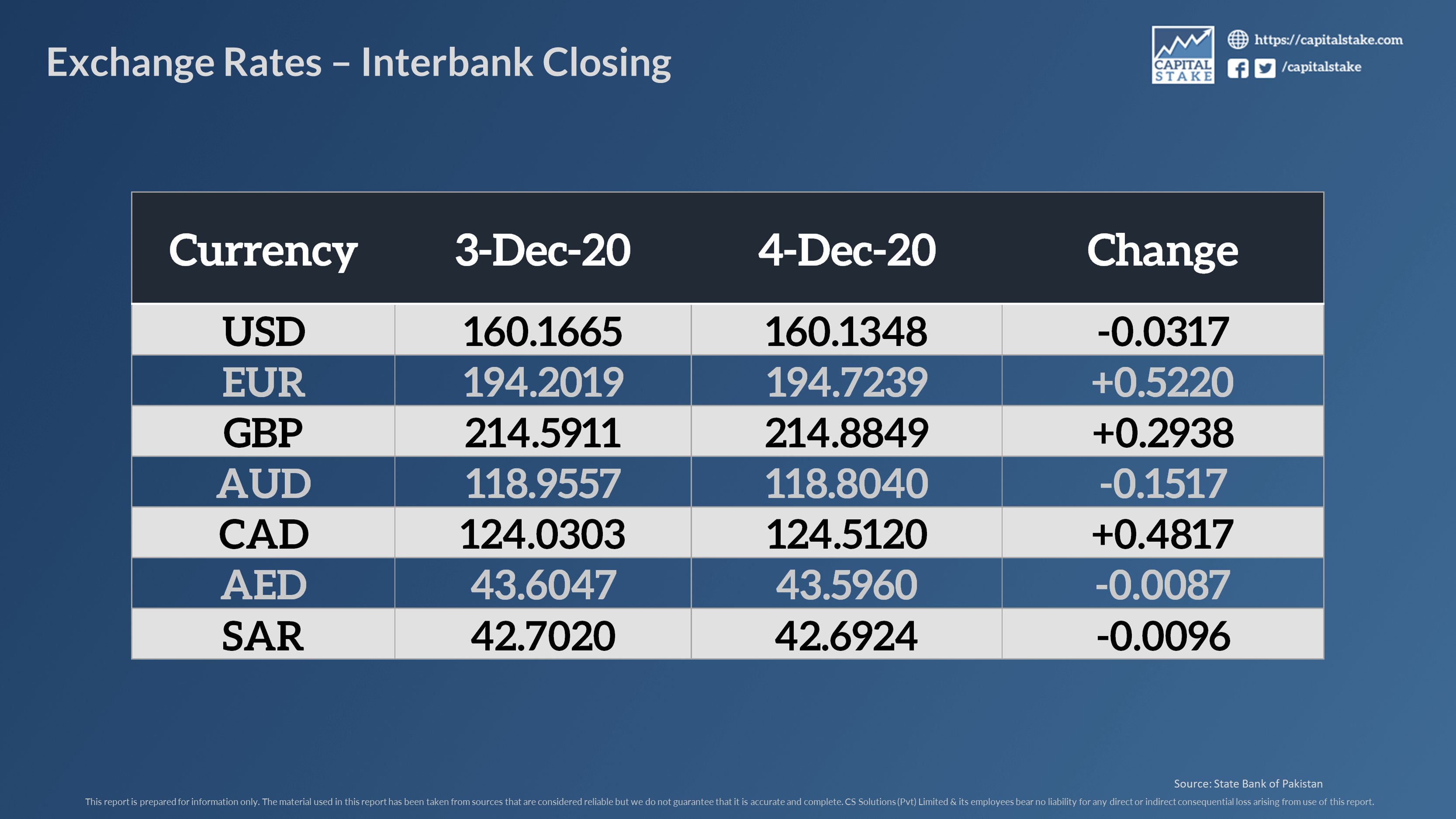