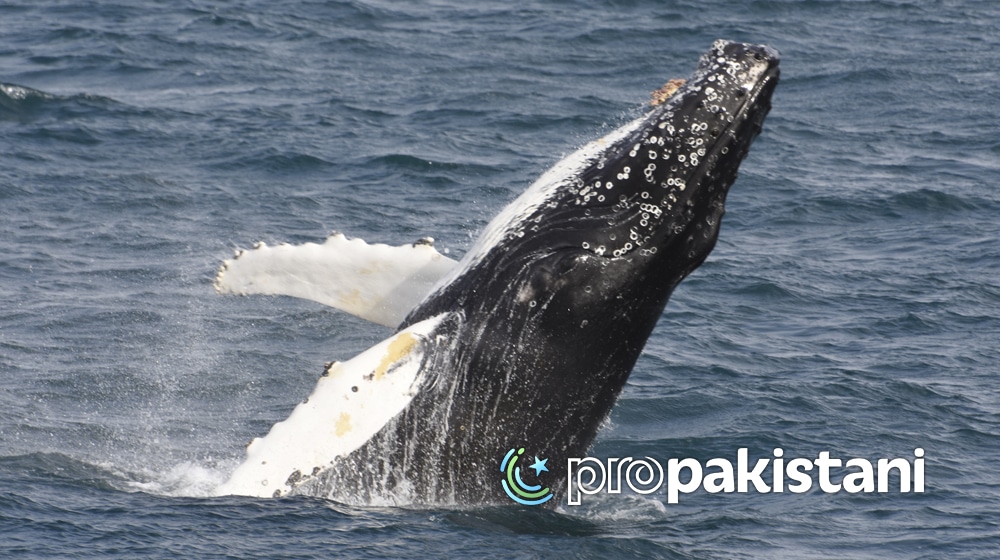 A rare humpback whale was spotted off the coast of Gwadar, Balochistan, on Wednesday. In footage that went viral on Twitter and Facebook yesterday, the humpback whale can be seen jumping out of the water. A group of local fishermen spotted the whale when they were fishing near Pasni.

Talking to a news outlet, the Technical Advisor for World Wide Fund (WWF) discussed the humpback whale’s population density in international waters. He revealed that the whale is listed as ‘endangered’ in the International Union for Conservation of Nature (IUCN). According to the IUCN’s Red List Index, a little over 100 humpback whales remain in the world.

He further informed that the humpback whale is found in the waters of Pakistan, Iran, Sri Lanka, Oman, and India.

Capturing a rare species in its natural habitat is no small feat. The footage from Balochistan is being touted as the first-of-its-kind filmed by anyone in Pakistan.