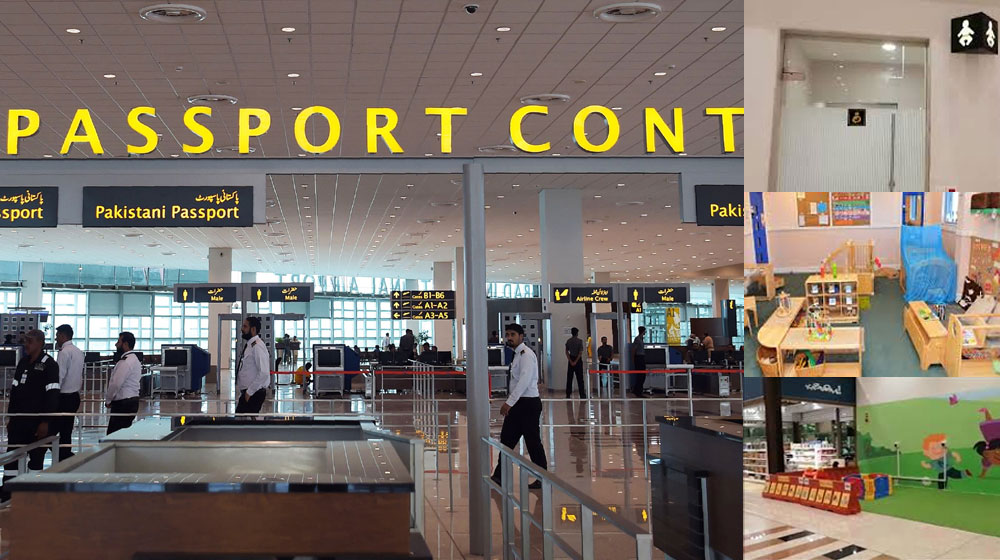 The Islamabad International Airport administration has adopted strict measures to screen inbound passengers from the United Kingdom following the reports of a new coronavirus strain sweeping across southern England.

The discovery of the new strain, just weeks before the vaccines are about to roll in, has wreaked havoc in a pandemic that has already killed about 1.7 million people worldwide and more than 67,000 in the UK alone.

Taking measures against the new strain, what people are calling as ‘COVID-20,’ several countries, including France, Germany, Italy, the Netherlands, Austria, Ireland, Belgium, and Canada have shut their borders. Pakistan was the latest country to join in on Monday, suspending all international inbound flights from the UK.

The decision was made on the recommendation of the National Command and Operation center (NCOC). The forum, however, allowed entry for Pakistani citizens who had been to the UK on the condition of two PCR negative tests and a mandatory home quarantine. It also permits entry to transit passengers who do not leave the plane in Britain.

According to the NCOC, the travel ban will last from 22nd December to 30th December.

To handle such inbound passengers, the airport administration in the federal capital made special arrangements to screen incoming travelers for COVID-19.

A well-trained and well-equipped health team has been deputed at the airport to collect samples of travelers from two British airlines, Virgin Atlantic and British Airways.

The NCOC has made the ‘Pass Track’ mobile application mandatory for all passengers entering Pakistan on midnight 2nd December and onwards. The app will record the basic information of passengers coming to Pakistan. Passengers without the application will be required to fill out the web form of the application.

Besides, the committee has also decided to trace and test all passengers who landed from the UK during the past seven days, including those arriving before the announcement of restrictions.