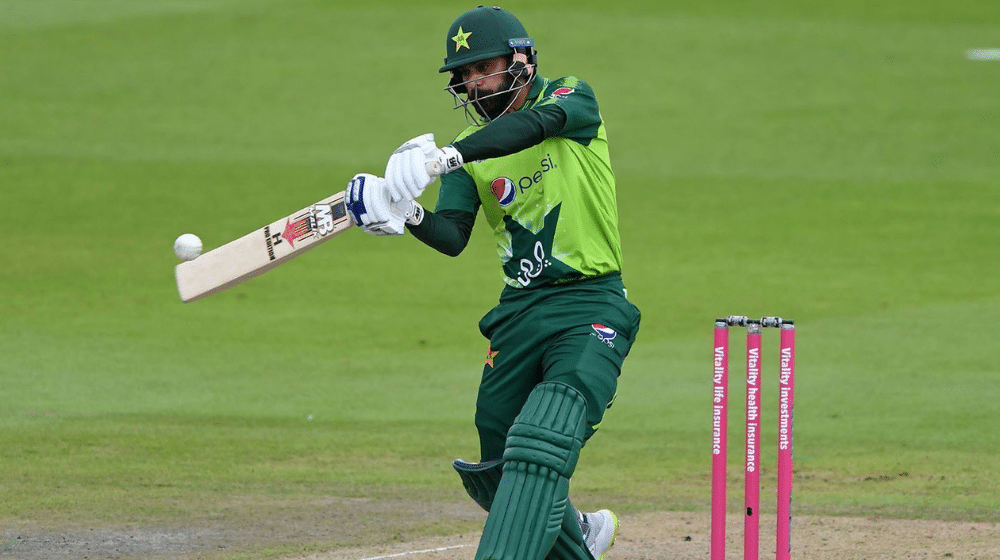 Veteran all-rounder, Mohammad Hafeez, has become the joint leading run scorer for Pakistan in T20Is. The record was previously held solely by fellow teammate, Shoaib Malik. Hafeez and Malik both have scored 2,323 runs for Pakistan, but Hafeez has scored the runs in 16 matches less than Malik.

Hafeez top-scored for Pakistan in the second T20I with a magnificent 99*, remaining stranded one run short of a century as the innings came to a close.

Hafeez is the only batsman in the world to have a better 2020 than the rest of his career. He had scored 374 runs in 9 matches prior to the start of today’s match. He has averaged 93.50 during this period and his strike rate has been impressive at 153.90. As compared to the rest of his career prior to this match, Hafeez has scored 2316 runs in 98 matches at an average of 28.24 and a strike rate of 121.12.

Leading run-scorers for Pakistan in T20Is are as follows: